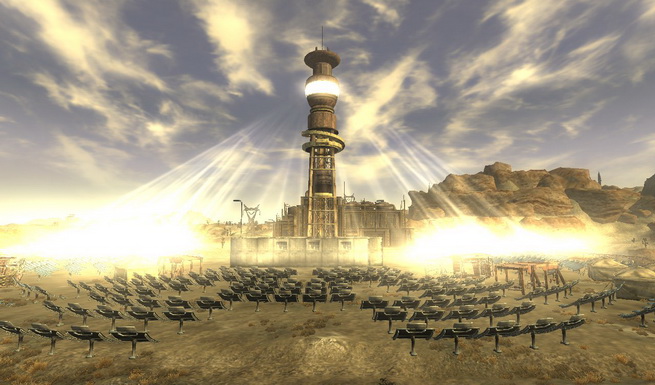 Obsidian’s CEO Feargus Urquhart said the team- which also developed the original New Vegas in 2010- would love to do a New Vegas 2, and based on his personal time at Black Islan Studios working on Fallout 1 and 2, talked about what his pitch for a new game could be.

“If I think of going from Fallout 1 to Fallout 2, we tried to associate the two areas somewhat closely,” he told RPS. “It wasn’t just ‘Oh, we’re gonna do this 2,000 miles from here.’ So I think if we were to do Fallout: New Vegas 2 – or just a new Fallout – we would probably separate it from what the internal team at Bethesda’s doing. We’d keep it on the West Coast, because we’re West Coast people. They’re East Coast, so it makes sense.

“And we need an interesting confined area. So I mean, it could be LA. Fallout LA. That could be interesting. It’d probably be The Boneyard, which is from Fallout 1. It could be very different. It could be almost a Walking Dead meets Fallout-like thing because of all the radiation.”

Rumours suggest that the unannounced Bethesda developed Fallout 4 could be set in Boston.