It’s been a long time since I played a really good strategy game. I’d been looking for a proper RTS for a long time, and when I was told I’d be reviewing Oil Rush, I was hoping that desire of mine would be sated. However, I came out absolutely disappointed and frustrated. Oil Rush tries to do new things, and it certainly has very unique and interesting concept, but most of what it does, it does poorly, and the result is a boring, inexpertly made game. 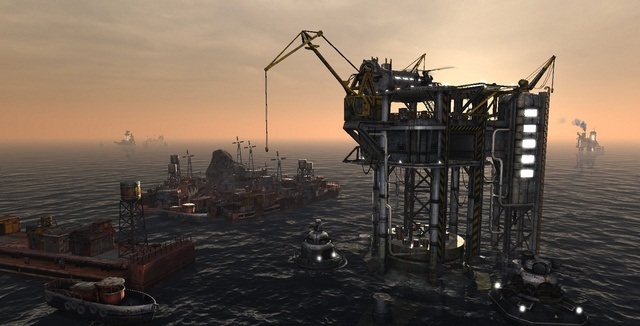 The setting of Oil Rush is very much like the post-apocalyptic movie Waterworld. The world as we know it is gone, and due to the melting of the polar ice caps, almost all of the Earth’s landmass, other than a few exceptionally tall structures, is flooded, underwater. It’s an interesting take on the post-apocalyptic setting, and I’m surprised we haven’t seen much of this in video games, or any other form of storytelling, in fact. However, the story of the game’s campaign doesn’t do this excellent setting any kind of justice. More on that later, though.

The remaining factions of the Earth are now all looking for the most precious resource- oil. In an age when ships and planes and vehicles are very important to mankind’s survival, fossil fuel has become very important, and the surviving factions have started warring over it.

Your aim is to basically take over nodes dotted on the combat maps. Every time you take over a node, you take over a part of the map, and via the nodes, you can deploy turrets, Piranhas (jet skis that are fast and deadly but weak), Stingrays (attack choppers), battleships or other such weapons that can give you the upper hand in a battle. And… that’s all you do. Everything else in a battle is controller by the computer. You cannot control the movement of your units, or which enemy they will attack, or which node they will take over, or anything, really. The game takes away almost all control, and leaves you simply watching the uninteresting battles playing out. 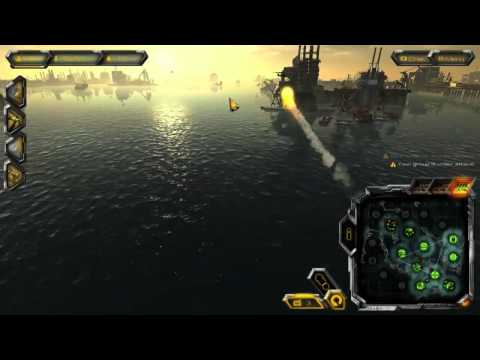 This makes the campaign eternally dull. But not only are the battles and the supposed playable sections boring as hell, the story here is also extremely cheesy and poorly written. It doesn’t do the unique setting justice at all, as I wrote above, and the poorly written dialogue just makes it worse. And the terrible voice acting makes that worse too.

It’s a good thing, then, that the online modes are not as much of a disgrace as the rest of the game is. It’s somewhat fun to play with/against your friends. There still isn’t much you can do in between of the games, as you don’t have any more control over the goings-on than you would while playing alone, but having a friend along for the ride obviously makes the flaws much more bearable.

The visuals of Oil Rush are also pretty good. The art style is unique and the sunken apocalyptic world is shown marvellously. While the graphics aren’t jaw-dropping, they certainly are very pretty. 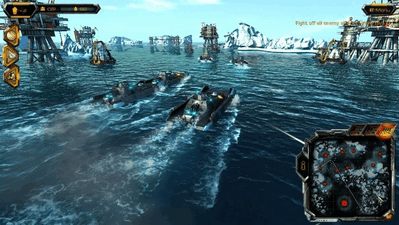 Ultimately, Oil Rush is a poorly made game. It has a few pros to itself, like the visuals and the somewhat fun online component and the interesting setting. But the bad campaign, restricted controls and sucky writing make it one of the worst strategy games to have been released in recent memory. If you want to play a niche strategy title, you’d be better off playing something like Supreme Ruler: Cold War.

Final Verdict:
BAD
While it has some novel ideas and interesting concepts, Oil Rush is ultimately a poorly made and extremely boring game.
A copy of this game was provided by Developer/Publisher/Distributor/PR Agency for review purposes. Click here to know more about our Reviews Policy.

Finishers, ninjutsu, and war dances now use MP instead of Technical Points, and players can save up to five ba...

Game director Aaron Keller reveals that the team is working through a "second DDoS attack." More info will be ...

PlayStation Studios boss Hermen Hulst has stated that he doesn't believe that Sony is holding back the industr...