The Strawhats set sail once more this June. 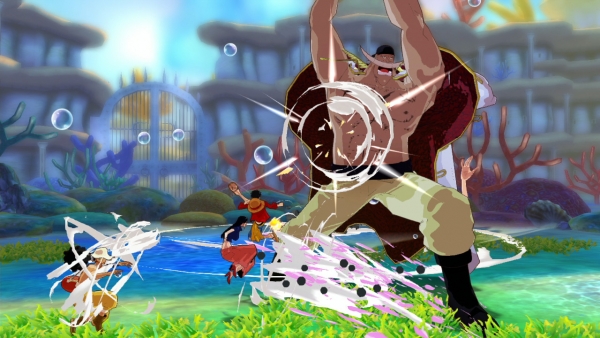 Bandai Namco Games has revealed that Ganbarion’s One Piece Unlimited World Red will be releasing in North America on July 8th for PS3, PS Vita, Nintendo 3DS and Wii U. The game will be an action adventure title based on the popular manga/anime where you’ll be able to control 20 different characters.

The game will also include a Battle Coliseum Mode, in which you can choose from any of the 20 different characters and go on a punching spree against the toughest enemies from the One Piece universe. Characters that will be selectable include “Flame Fist” Ace D. Portgas, Empress Boa Hancock, Luffy, Nami, Zorro, Sanji, Jimbei and many more. No word yet on how much filler the game will contain to match the show though.

One Piece Unlimited World Red will be releasing in Europe on June 27th for the above consoles; Japan gets it slightly earlier on June 12th. Stay tuned for more details.