The continued mismanagement of this game continues to astound me.

Overkill’s The Walking Dead, the co-op shooter based on the zombie franchise, launched on PC last year, with console versions due to launch this year. However, that may never happen. People on Reddit are posting screenshots of emails they appear to be receiving from Sony, notifying them that the console version of the game has been cancelled, and that they are being refunded for any pre-purchases they may have made.

The email specifies that pre-orders from the store are being withdrawn as well, but as of this time, it seems it is possible to pre-order the game from the web store, if nothing else. Presuming there is any veracity to these claims, it is important to remember Overkill themselves have not confirmed a cancellation yet—however, it is also important to remember Sony wouldn’t unilaterally begin to refund buyers unless they had been told to do so by publisher 505 Games (who’re handling the publishing of the game’s console version).

In any case, this continues the unfortunate saga of this game’s continued underperformance, when really, it should have been a slam dunk by any metric. 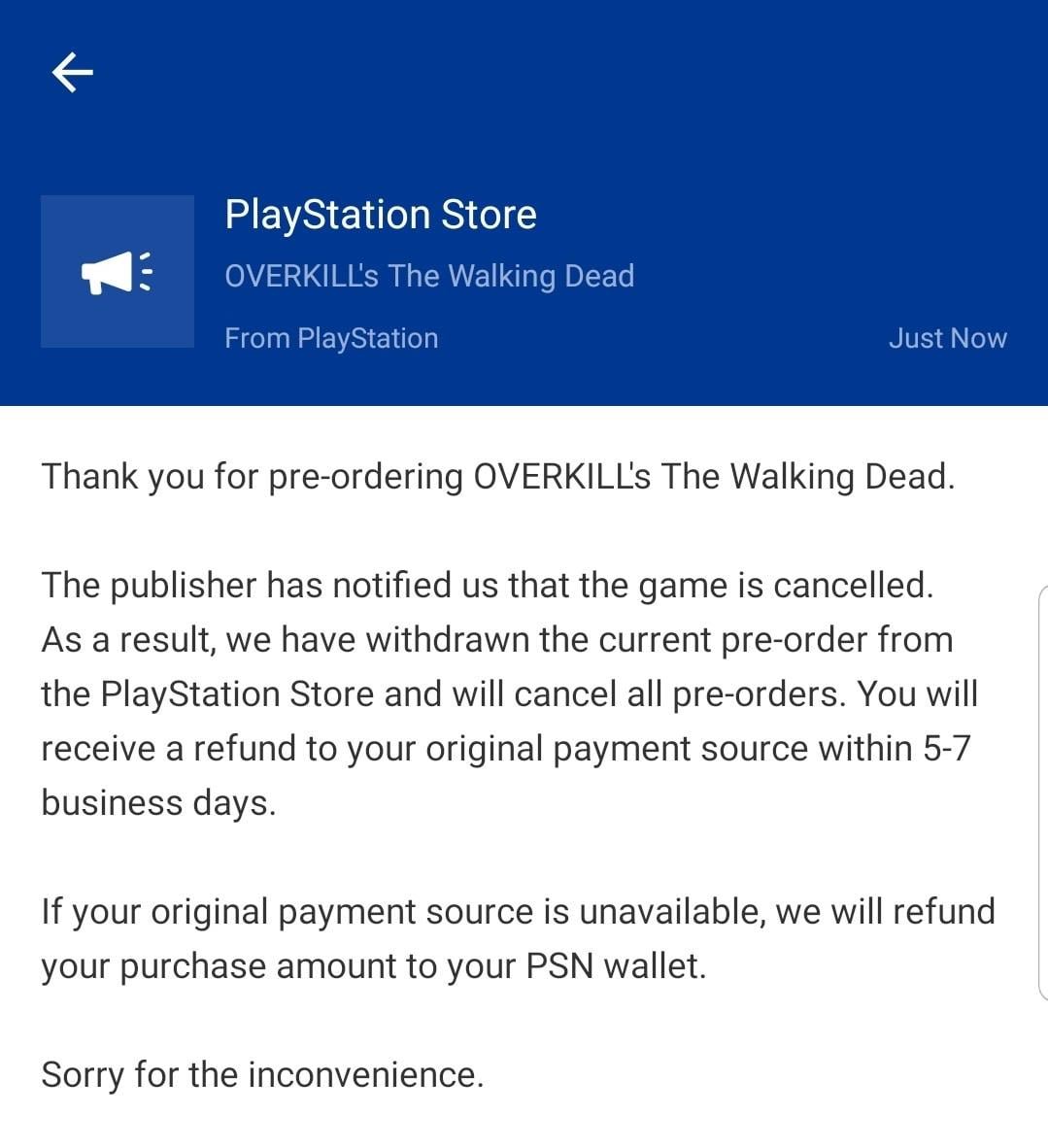