Overruled! is a 2D multiplayer arena-based brawler out now on Steam Early Access and coming to Xbox One late 2014

That headline tells you everything. No need to click on it and read any more of this. 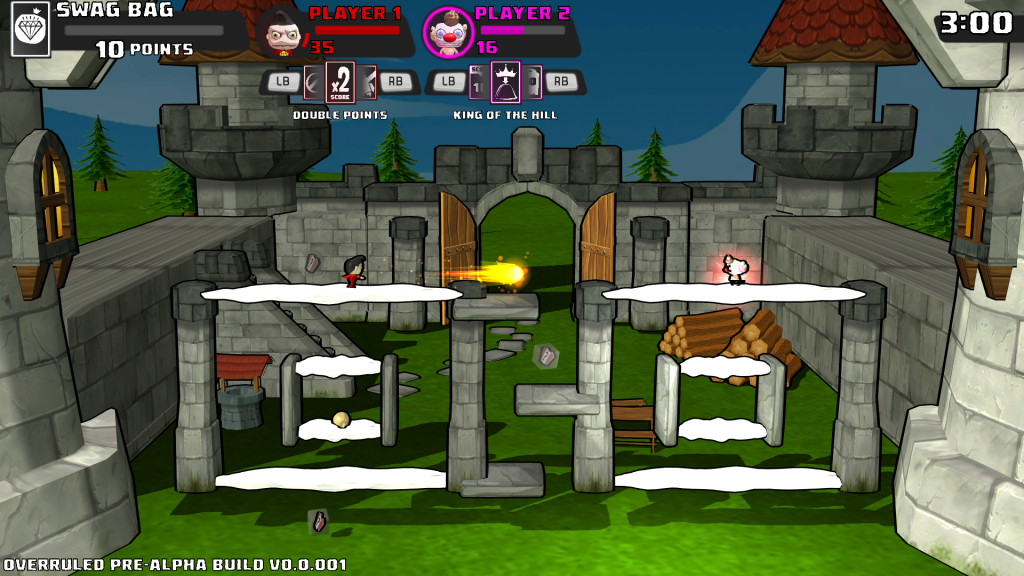 What is Overruled!, you ask? Well, if the headline did not make it abundantly clear to you, Overruled! is a 2D multiplayer arena based brawler. It is now available on Steam Early Access, with a full release (and a release on the Xbox One) planned for later this year. Yes, I know I haven’t said anything that wasn’t already in the headline so far.

“There is great synergy between Worms and Overruled! The multiplayer action married to the ability to alter the game’s parameters on the fly brings out the very best and worst in everyone, often with hilarious consequences.” commented  Debbie Bestwick, Team17’s Managing Director.

Aj Grand-Scrutton CEO and Craig Thomas CCO at Dlala Studios added, ”Making Overruled! has been the most exciting and terrifying time of our lives but that doesn’t compare to how excited we are about getting the community’s input on the game. We want to see people jumping in the discussion boards and telling us what characters, levels, game modes, change’em-ups and levels they want to see in game. Also to have our release come the same week that Overruled! is on show at Gamescom on Microsoft’s ID@Xbox stand is mental. We never thought we’d be in this position this soon and we are beyond grateful to all the support we’re getting and all the support we will be getting from you guys!”