Overwatch 2 Guide – How to Play Ana, Ashe, and D.Va

Clueless when it comes to playing as a certain Tank, Support, or Damage hero? Check out our guide here for some valuable tips and tricks. 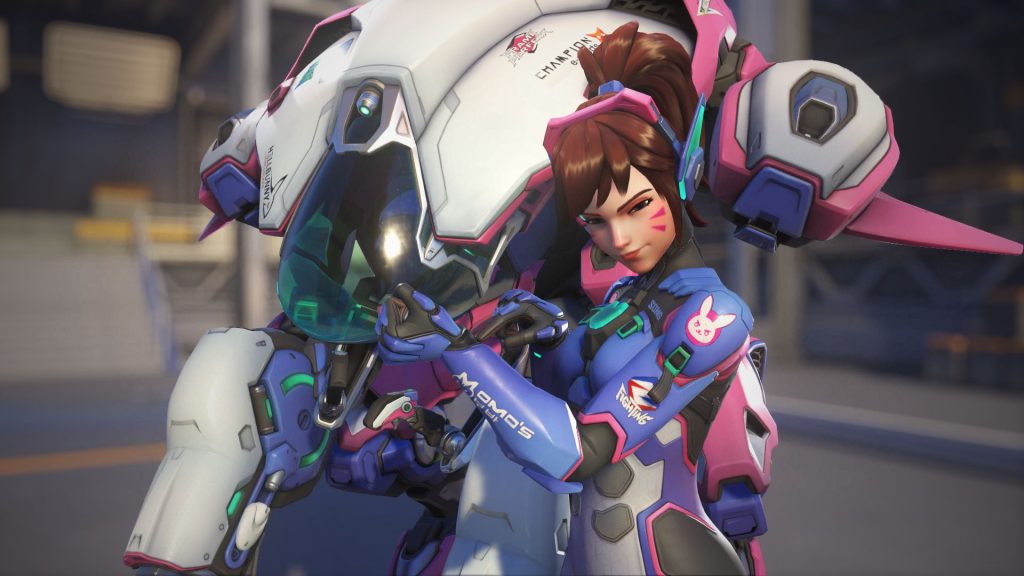 As with an MMORPG or MOBA, all heroes in these roles don’t serve the same functions. How do you go about playing them best? Our series of hero guides should help, starting with Ana.

How to Play Ana

Though not currently in the meta, Ana is a Support hero who can completely change the flow of a match. She’s equipped with Sleep Dart, one of the best crowd-control abilities in the game. It puts enemies to sleep for a few seconds, which allows for shutting down some of the most dangerous Ultimates in the game (like Dragonblade). Biotic Grenade deals damage and inflicts anti-heal on enemies, temporarily preventing them from receiving any healing. This negates Ultimates like Transcendence, but when thrown on allies, it boosts the healing they receive.

Her Ultimate, Nano Boost, will increase a teammate’s damage while also reducing the amount of damage they take. This pairs exceptionally well with Dragonblade and Tactical Visor, but can also be used for Barrage, Terra Surge and Whole Hog. You can also give it to a Tank and let them run wild, especially if it’s someone like Reinhardt. Finally, though her hip-fire fires projectile shots, scoping in makes them hitscan, which is good for dealing with Pharah and Mercy.

Ana has passive health regeneration like other Support heroes but lacks any escape abilities. If flanked by Tracer, Genji, Reaper, and whatnot, she can only really rely on Sleep Dart and Biotic Grenade to protect herself. Also, given the nature of her healing – which requires firing at an ally to heal them – she can be difficult for those who have trouble aiming.

Those who don’t have such issues will still have to manage cooldowns effectively, prioritize damage and healing accordingly, and manage their positioning. Having Brigitte or Lucio alongside Ana is good since they can help repel flankers (more so for the former) and provide AoE healing. Again, while Ana is not currently the meta, she does enable one of the most devastating Ultimate combinations in the game with Nanoblade. If you want a Support hero with tons of utility and don’t mind the high skill ceiling, Ana is a pretty good option.

How to Play Ashe

Good ol’ “Calamity” Ashe is like an in-between point for Soldier 76 and Widowmaker. Her weapon is a lever-action rifle called the Viper that can fire quickly from the hip or scope in for more damaging headshots. Her Coach Gun is used to knock back enemies, but when aimed at the ground, it can shoot you upwards, which is great for reaching higher points.

Dynamite throws an explosive that deals damage in an area and leaves enemies burning for a brief period. It can also be shot in mid-air by Ashe. Finally, her Ultimate, B.O.B., sends out her buff robotic butler. B.O.B. will charge forward, either stopping at a wall or when hitting an opponent. He’ll send them flying into the air and attack with his arm cannon. If that weren’t enough, B.O.B. can contest the point and payload, buying time for your team or evening odds if you’re a player down. Be careful, though as he easily be sent off the map.

Ashe excels at mid-to-long-range combat. A few ways to use her include targeting Supports and taking them down with ADS shots before using hip-fire to break a Tank’s shield. You could also whittle foes down with shots and Dynamite, reposition to the high ground with the Coach Gun for better angles, and bring in B.O.B. for added firepower.

One good way to finish off Supports and other Damage dealers is to ADS, shoot, and immediately switch to hip-fire when they’re weak. You could also nail a headshot, then throw Dynamite and shoot it in mid-air to finish them off (which is good if your opponent retreats around the corner). Nowadays, Ashe can pair well with Sojourn, whose Disruption Field will weaken targets enough for Dynamite or slow them for a well-placed headshot.

While shields aren’t a deal-breaker for Ashe, D.Va – who can dive on her and deal insane damage when not eating her shots with Defense Matrix – can be a nuisance. A good Reaper and Genji can also keep her off balance, while a strong Tracer can outright counter her. Finally, Ashe will be outranged by Widowmaker, so if you’re in a sniper battle, it might be better to change to the purple lady.

How to Play D.Va

There’s probably no Tank in the history of competitive Overwatch as contentious as D.Va. Not only is she tanky – which is saying something, even among other Tanks – but she deals a lot of damage and is outright oppressive for hitscan heroes. Also, even if you destroy D.Va’s mech, she doesn’t technically “die,” instead roaming around in Pilot Form until her mech can be summoned again.

First, her abilities: Boosters allow D.Va to fly in the direction that one is facing. This grants incredible mobility, as players can dive onto targets even if they’re on the high ground and knock them off. She has two cannons which are somewhat like shotguns – they have a pretty big spread from range but deal tons of damage up close. They also don’t have to be reloaded, allowing one to pump out damage with impunity.

This can be paired with Micro Missiles, which have more range and also deal splash damage, for even more punishment. D.Va’s Ultimate is Self-Destruct, which allows for overloading the mech and causing it to explode in a wide radius after a delay. She can also use Call Mech to summon a new mech, Titanfall-style, with the impact of the mech drop causing damage to nearby enemies (and outright one-shotting the weaker ones).

Despite how good all of this is, it pales next to her best ability – Defense Matrix. Defense Matrix has a resource meter which recharges over time and a short cooldown between each use. It destroys projectiles in front of D.Va, which includes everything from bullets and rockets to arrows and even Junker Queen’s knife throw. It can also eat Ultimates, like Graviton Surge, Pulse Bomb and Dragonstrike (the arrow and not the twin spirit dragons). Perhaps the only weakness of Defense Matrix is that it has a fixed distance, so if you’re trying to protect allies from High Noon, Death Blossom, Tactical Visor or Barrage, you need to be right up in the enemy’s face.

Nevertheless, even without a traditional barrier like Reinhardt or damage resistance like Orisa, D.Va is one of the best heroes in the game. Her damage allows her to dive onto Supports with your flankers and take them down quickly. She can also serve as a more “traditional” Tank, nullifying damage and pushing enemies away. Self Destruct also deals lots of damage, outright one-shotting most heroes – though its delay means that opponents have time to hide before it goes off.

In terms of counters, heroes like Mei, Symmetra and Zarya – whose Primary Fire bypasses Defense Matrix – are ideal. Ideally, you want to focus fire on D.Va and prevent her from diving onto your Supports, outlasting Defense Matrix and burning through her health. In these situations, as D.Va, staying nimble and dipping in and out while looking for an opportunity to take down vulnerable targets is key. Keep a line of sight when evading with your Support since their healing is invaluable. Of course, protecting your teammates with Defense Matrix is also important during all of this.

Overwatch 2 is currently available for Xbox One, Xbox Series X/S, PS4, PS5, PC, and Nintendo Switch. For details on how to unlock all existing and new heroes, head here. You can also check out our official review here.