Overwatch Beta Hands On Impressions: And They Say That A Hero Will Save Us…

Warcraft, Starcraft, Hearthstone, Diablo…Blizzard’s portfolio is quite impressive to say the least. Long term support, creativity in maintaining diversity, and a solid, fully-fledged, well invested community, and now they want to venture in to first-person-shooters. Burn me at the stake or chase me with pitchforks but just to go on record, I am by no means a fan of Blizzard. I respect their work, I appreciate all it has done, and it goes without saying it’s one of the most influential studios in the industry. It’s a studio we need and should be thankful for.

I’ve just got no interest in playing their games. Overwatch, however…it did peak my interest. And now that I’ve taken to the screen and spent a small section of time with Blizzard’s latest foray in to first-person-shooters, I found myself walking a psychological line: “This genre’s going to become very saturated, good luck to them” and “It’s alright you know. If anyone can spice up this pot of flavorless gunk consisting of corridor meetings and crippled FOVs, then it’ll be Blizzard. 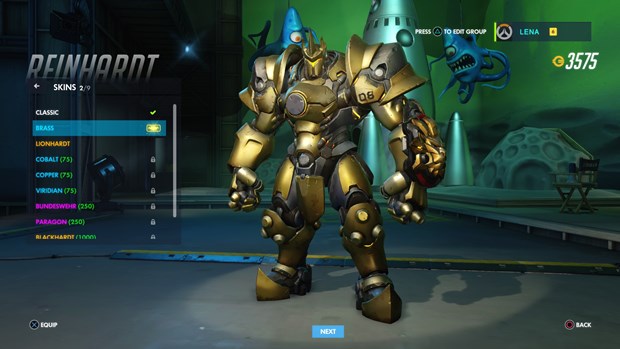 "Here’s the what I took away from Overwatch: It’s got a great cast, it plays different yet familiar and it’s full of shooty, shooty bang-bang stuff."

Here’s the what I took away from Overwatch: It’s got a great cast, it plays different yet familiar and it’s full of shooty, shooty bang-bang stuff. But honestly, what stands out the most is colour. I imagine the game’s developers hunched over their keyboards with Smarties and Opal Fruits drooling from their mouths. But coming from the perspective of someone who occasionally dips in and out of this specific space within the FPS genre, it also reminds me of just how much I enjoyed 2K’s Evolve. It’s right there where my first concern of the game lies as it’s highly dependent upon it’s online team-based nature, which in itself is dependent upon a strong user-base. Where Evolve faced no competition in this space during the time of its release, and had successfully maintained the good will of players from Left 4 Dead, it still failed, miserably. “It Is Not the Strongest of the Species that Survives But the Most Adaptable”…evolve or die.

Taking a look towards the strong line-up of upcoming games all of which are of similar nature as well as those currently on the market, the distinction that Overwatch does bring is one I’m largely unsure about. Overwatch is an online focused team-based shooter. Currently it contains twenty-one characters, a handful of game modes, and a small selection of playable environments. The game utilizes a colourful almost cartoonish visual style with a strong sense of personality, and all of this is great. In what Blizzard calls “Heroes” as opposed to character classes, each character within it’s current line-up is ridiculous, wacky, and expressive. While I have yet to find the defining factor of what differentiates a “Hero” from your typical first-person-shooter character class system, I did find each character to be fairly interesting within their own rights. 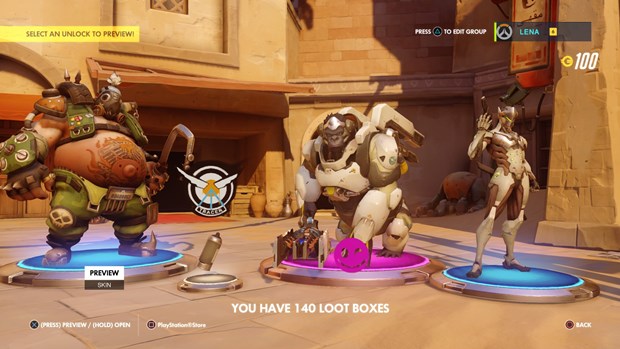 "Characters are controlled in a manner whereby three out of four from their special abilities are mapped to each trigger as dictated by the gamepad, with the remainder being set to a location on the facepad."

My sense of interest within the game clashes with my concerns for it. For instance, Blizzard has managed to create twenty-one diverse characters each containing their own unique weapons, visual theme, and special abilities. Characters are controlled in a manner whereby three out of four from their special abilities are mapped to each trigger as dictated by the gamepad, with the remainder being set to a location on the facepad. During the course of a match this quartered-off ability will then be unlocked and initiated at the player’s disposal. All of these abilities function on a cool-down basis and despite the large roster they all manage to prove diverse and purposeful to the objectives of the match. The lengths that Blizzard has taken in delivering such a varied and creative system in character abilities and weapons is quite impressive.

However, as varied as they may be and despite the yet to be defined “Hero” system, during my the time with the game I found myself working in the same standard manner to that of any other team-based shooter. You play support, I’ll play attack, he’ll play tank, and she’ll play tactical. And while there’s nothing wrong with this execution I do feel the term “Hero” is little to nothing more than a quick way of saying “Our game has ninjas, assassins, robots, cowboys, and mechanized gorillas. They also have time-powers, freeze-rays, swords, and turrets.” It’s shooty, shooty, bang-bang with two pinches of salt. And to be perfectly honest, I’m content with that. I was just expecting something more innovative when the term “Hero” started to gain traction, as I have yet to save any civilians or encounter any NPCs for that matter. 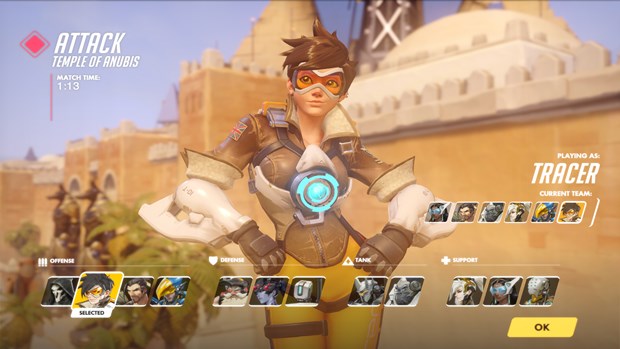 "Let’s take Tracer for instance and her ability to rewind her position in space-time. This young, quick vixen can backtrack her position on the battlefield in short-quick bursts while dual-wielding pistols."

Let’s take Tracer for instance and her ability to rewind her position in space-time. This young, quick vixen can backtrack her position on the battlefield in short-quick bursts while dual-wielding pistols. She can also fast-forward her position in a similar manner to that of Bethesda’s knife-wielding, masked avenger from Dishonored. That’s teleportation in layman’s terms. While tracer is indeed quick and as intuitive as every other character, she’s also quite fragile. This is where the element of team-based gameplay comes in to action as support roles like Mercy can keep others buffed, while tanks such as Reinhardt and Winston can charge with shields and barriers leaving Tracer to take the offense.

What’s rather unique about this system is that none of the players are confined to a specific class, leaving the strategy of how each team will work together entirely to their own will as they engage in a six versus six battle. Which brings me back to Evolve, not to mention The Division, Destiny and so forth…yes, you need friends. The kind you know and talk too daily that will be willing to invest their time as much as you do your own. While the game does have a narrative or a justification if you will, as to why you’re playing the game, as interesting as it may be it also does well to remind me just how stifled the genre is for creativity when it comes to big guns meets talented story-telling. The focus here is the element of multiplayer but since the game modes at this point in time largely consist of those we’re already familiar with, the narrative resides fairly pointless when you’re simply capturing points of a map or escorting a convoy. 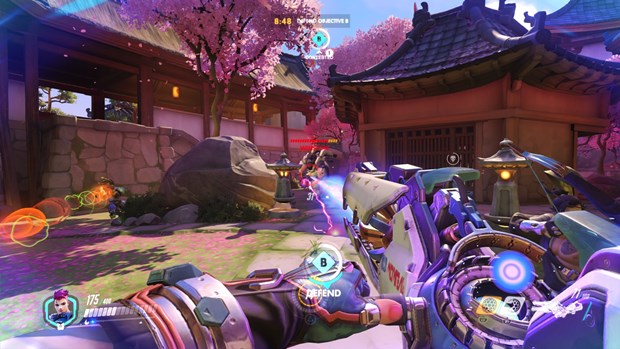 "Blizzard isn’t just building a game, it’s building a universe throughout other forms of media."

This is in fact a shame since the story the game presents is fairly captivating, something which is largely reflected within the maps and levels design which are in themselves quite varied. Long story short: Humans live amongst robots, everybody wants equality, and everybody’s essentially at war -globally. This is essentially every videogame. As mediocre as this may sound where it does prove to be of interest lies within the animated shorts and books that expands upon the game. This is also where I question the long-term support of the game and where I feel Blizzard is really putting in the effort. Blizzard isn’t just building a game, it’s building a universe throughout other forms of media. Frankly, I wouldn’t be all too surprised if they started the development of web-episodes to further maintain the interest of those already invested. Should the game not maintain it’s potential appeal then the support of this expanded universe may not pay off, nor would it be worth it.

Taking a look to the graphical aspects of the game both console versions appear to render completely identical. Going for a stylized, cartoonish quality the game is vibrant with colour and it fits the theme of it’s character design rather well. Performance on the Xbox One does encounter a few minor frame-rate drops, possibly between two to ten at a time. Since the game uses a dynamic resolution scaler the game targets 1080p and sixty frames-per-second for the majority of gameplay, with these few small dips on rare and random occasions these are by no means game-breaking or intrusive. Textures could be a tad more rich and it would benefit from an increase in anisotropic filtering, but honestly it’s fine. It’s not ugly, it’s striking with colour and frankly you’ve got no choice anyway. “Don’t get picky.” Going forward with the game’s release it will be rather thought-provoking as to what changes and additions Blizzard may introduce and what further steps they may take in order to provide a valid reason for player investment. 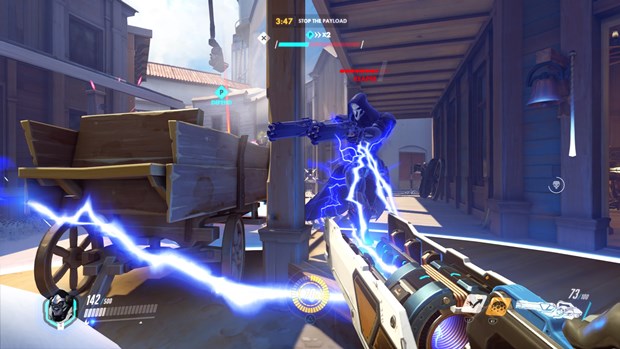 "The ace in the hole which Blizzard has going for them however is that it’s also targeting the eSports community, and given Blizzard’s quite triumphant in building and establishing a strong and ongoing community, one without a bad reputation I might add, I have faith in the studio being able to accomplish just that. "

I don’t doubt their commitment just inquisitive. I like what I’ve played here but this is a game which requires dedication. It’s intuitive, fun, and exciting but it also requires a strong set of engagement from the player and their team-mates. Chances are if you’ve already grown bored with Destiny you’ve most likely moved on to The Division or Rainbow Six: Siege, and I feel it’s worth bringing reference to these games since the marketing of Overwatch appears to be targeting a similar audience, regardless of any differences within the genres. The ace in the hole which Blizzard has going for them however is that it’s also targeting the eSports community, and given Blizzard’s quite triumphant in building and establishing a strong and ongoing community, one without a bad reputation I might add, I have faith in the studio being able to accomplish just that.