In the very beginning when Overwatch‘s first cinematic trailer debuted, the theme of it was laid bare: Become a hero. After that, we received footage of the various classes, learned more about this mysterious organization, fell in love with the Pixar-like visuals and pined away at being unable to join the closed beta. Between all the talk of team comps, objectives, cooperation, Loot Boxes and hijinx, I thought back to that initial trailer. Did Overwatch make me a hero?

"Overall, there isn’t much difference between this and the open beta. Blizzard went ahead and stated that the open beta comprised of all the content that would be available at launch."

The variety of matches I’ve played since the game launched has been manifold. I’ve been on a defensive team with way too many snipers and one Bastion (yes, I know. Hate me now if you must) and we won. I’ve assaulted an objective with Pharah and destroyed the competition before facing defeat in the second round, identified our need for a tank and crushed it as Winston in the third.

I’ve taken to the defense as a healer, then support, then back to healer, enduring death after death before our team eked out the victory. I’ve been steam-rolled, steam-rolled teams in kind and yet, Overwatch keeps me coming back for those moments where I can feel like a hero. Those moments where our team not only works together like a well-oiled machine but where I can turn the tide with just the right ultimate or play.

Does that sound like fun? Because if so, you’ll have a blast with Overwatch.

Overall, there isn’t much difference between this and the open beta. Blizzard went ahead and stated that the open beta comprised of all the content that would be available at launch. I still had the open beta installed and upon pre-loading the full version, the process completed within five minutes.

The three different modes are closely similar to each other. Assault has you capturing two points on a map, pushing the enemy team’s defense further back. Escort gifts you a payload to escort into the enemy’s base. Hybrid combines the two, asking you to capture a payload first and then push it to the enemy’s base. Control mixes things up, consisting of three rounds where a team must capture and hold an objective for a set amount of time each round. 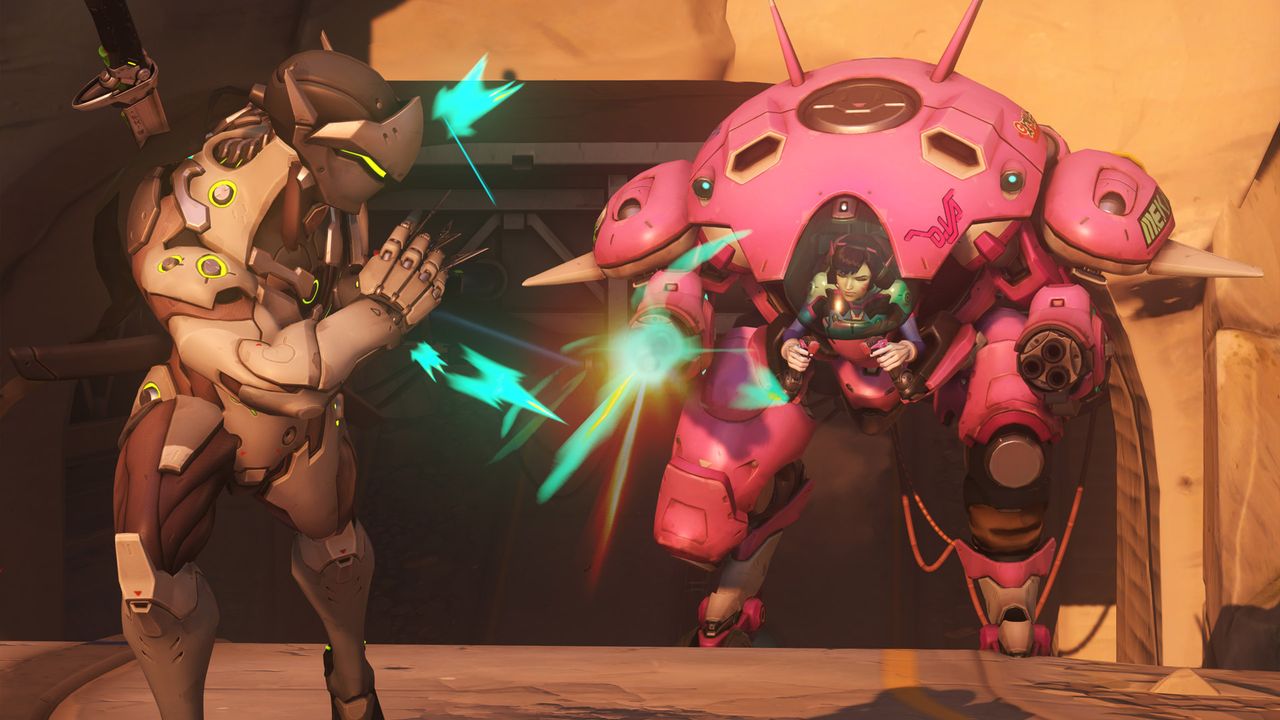 "Your individual contributions are meant to make up a winning whole. Camping and netting kills is great and all but the team only wins when the objective is secured."

There are no singular playlists for each mode – you can choose to play against enemy players, battle AI opponents with a real team, train your skills or partake in the Weekly Brawl. Each mode mixes things up by having three different maps. Control maps differ slightly, consisting of three sections, one for each round. Overall, that means 18 maps in total at launch, which isn’t too shabby for a multiplayer-only title, especially with the shifting dynamics of attack versus defense and the potential combinations that arise as a result.

Enough can’t be said about the greatness of Overwatch‘s gameplay. The gunplay feels fantastic, regardless of which hero you choose, and the action is furious at all times. Firing off arrow after arrow as Hanzo feels brisk and fluid even if you’ve spent hours floating about the skies as Pharah, picking off foes with rockets, or getting up close and personal with Reaper’s dual shotguns. Some heroes will obviously be favoured over others – for instance, Soldier 76’s traditional pulse rifle and sprinting are a great choice for first timers.

If you’ve played a multiplayer shooter of any sort, you’ll doubtless find an archetype to love. Mei is a lot like Pyro from Team Fortress 2 but instead freezes her enemies and creates ice walls to block off snipers and turrets. Torbjörn can create a turret and upgrade it, supplying armour to allies through scrap earned with kills.

For a multiplayer game like this that so completely emphasizes class-based play, it’s important to balance these heroes against each other. Skill has to win out at the end and while Mercy won’t be out-gunning McCree anytime soon given her support status, it’s ultimately about what you bring to the team. Your individual contributions are meant to make up a winning whole. Camping and netting kills is great and all but the team only wins when the objective is secured. 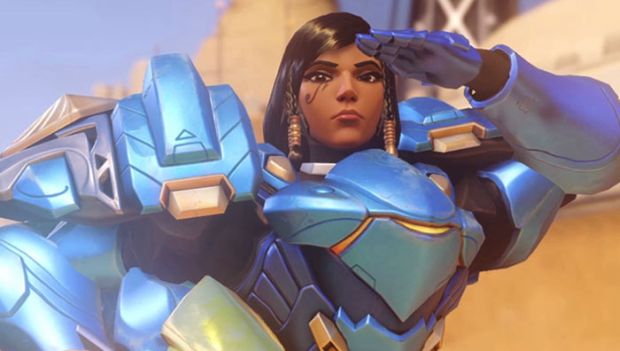 "Many have stated that Overwatch is a game primarily meant for playing with friends. It’s certainly more enjoyable with people you know but even going it alone can be fun."

Overwatch won’t let you compare your K/D with your teammates or enemies, relying on card-based commendations and Play of the Game snippets at the end of each match to simply highlight the best performances. It sounds incredibly simple but underneath all this simplicity is a fairly high ceiling for long-term skill-based play. The ability to switch heroes after each respawn in a match is important for mounting a comeback or evening the odds.

Those who tire of the default modes can check out the Weekly Brawl, a custom playlist with special rules that change up the dynamics significantly. This week’s brawl is Arcade, with hero health being doubled and cool-downs on abilities and ultimates being significantly reduced. Ever tried dealing with a constantly teleporting Tracer or rained justice down as Pharah with multiple Barrages? Arcade mode is fun and a nice change of pace though it can lead to some final pushes that seemingly last forever.

Many have stated that Overwatch is a game primarily meant for playing with friends. It’s certainly more enjoyable with people you know but even going it alone can be fun. The game features all sorts of cues and details to encourage team play, from the dialogue wheel to inform your team when you need healing to the automatic call-outs of snipers and turrets from the characters. More offensive characters have louder footsteps and ultimates are called out fairly quickly, offering a small window for your team to eliminate the threat.

The dialogue that the heroes share, both with their environments and each other, also add that extra bit of depth to Overwatch‘s story. You can relate to their personalities and glean more about their personalities then some simple text or lore tucked away in another menu. This isn’t to say that Overwatch doesn’t have some phenomenal lore already attributed to it but these characters are so much easier to love and appreciate than, say, your average “specialist” from Black Ops 3. In a way, there’s that Team Fortress 2-like appeal but with what I personally feel to be a much more compelling story and far better presentation values. 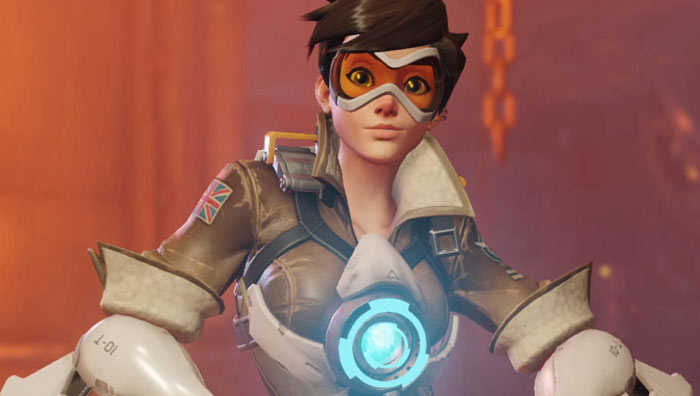 "This is a universe you can’t help but want to be a part of for a very long time to come."

The matchmaking is seamless and there was pretty much no lag whatsoever. The servers may not have launched until 15 minutes past the originally announced time but otherwise, performance has been absolutely flawless thus far. The level of polish in Overwatch is simply absurd in this day and age. The visuals, the voice acting, the memorable environment design that becomes second nature after a point…It’s rare to pick up a multiplayer shooter and to have most of your frustrations limited to whether your team is performing up to par or how to best counter the enemy team’s comp rather than lag or cheating or balance.

Overwatch probably could have offered more out of the gate. There could have been more unique modes and more maps. Heck, single-player fans may balk at the lack of a campaign for a full priced game (but then again, Overwatch is available for $39.99 at the base price). Then there are the micro-transactions for Loot Boxes, which can be earned by leveling up but are also available for real money. These are only for the cosmetic items though and they’ll make absolutely no difference to the actual gameplay.

Hardcore shooter fans may also take some time to adjust themselves to the dynamics of the gameplay, functioning more as a team and fulfilling their roles for the greater good. Regardless, Overwatch is perhaps the finest competitive multiplayer shooter of this generation. Heck, it’s one of the finest shooters of the current generation.

That being said, it could have used with a bit more variety in its game modes and standard features like bounties and character-specific challenges for something like more currency down the line. All Blizzard needs to do now is expand on what’s already there and draw fans in even further because quite frankly, this is a universe you can’t help but want to be a part of for a very long time to come.

Amazing level of polish and detail pervading every aspect of the game. Accessible yet deep multiplayer action that's hard to put down. A compelling visual style with memorable yet well-balanced heroes. Great map design. Matchmaking and network performance are simply phenomenal.

Slightly more variety in gameplay modes would've been great. Same goes for inclusion of challenges, dailies, community events and more. Earning currency can feel like a grind at times, especially if the skin you want isn't dropping. Definitely superior with friends despite great solo play experience.

Overwatch heralds a brave new age for hero shooters, competitive multiplayer shooters and just shooters in general. It's a unique yet fun experience that's accessible to all and flawless with its execution.

A copy of this game was provided by developer/publisher for review purposes. Click here to know more about our Reviews Policy.
Tagged With: Blizzard Entertainment, Overwatch, pc, ps4, Xbox One