The third Alice game may manifest again, but for now, Dorothy gets the spotlight. 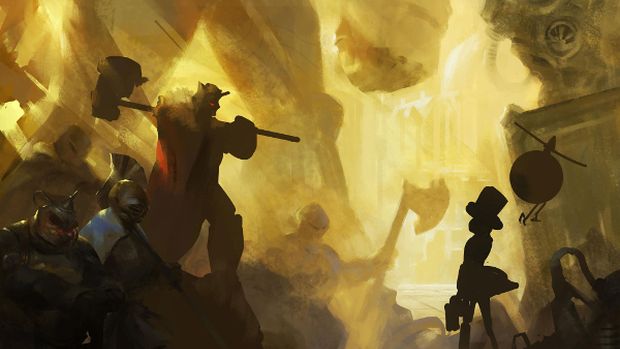 Spicy Horse founder American McGee has been teasing via Facebook about the identity of their next Kickstarter. Though it started off with Alice: Otherlands, the sequel and follow-up to the famous Alice and Alice: Madness Returns, another project – OZombie – which saw Dorothy’s great-granddaughter fighting off zombies in Oz also emerged.

It’s finally been decided that Spicy Horse will go with OZombie and it has launched a Kickstarter which has already garnered $41,693 of its $950,000 goal from 511 backers with 41 days still to go.

On the decision to go with OZombie, American McGee stated that, “We’re still having meaningful and productive conversations with EA regarding Alice. Truth is, it’s an important bit of IP for them and for us (and for you!) which means that negotiating a deal is going to take time. This is normal. Think about it this way – it took over 12 months (yes, 12 months!) to negotiate and close a deal for Alice: Madness Returns.

“This time around, we started talking with EA about a new Alice during GDC 2013 and those talks are still ongoing. Everyone involved in the talks knew about the upcoming Kickstarter campaign and has worked towards getting something in place that would could link with the campaign. Who knows? We might still get there before this campaign ends, but past experience has taught me not to bet on things like this.”

OZombie looks pretty enticing though. Check out the Kickstarter page for more info.