No More Heroes 3 Gets Over 30 Minutes Of Gameplay

A Japanese presentation gives over half of hour of Travis Touchdown's latest adventure with plenty of bloody action, mowing lawns, and unclogging toilets.

Despite the game launching day 1 on Xbox Game Pass, it seems the RPG has seen a lot of success in a relatively short time.

New skins for Horizon, Valkyrie and Seer are included along with music packs, XP boosts, loading screens, emotes and much, much more.

Play as a sentient black hole in a surreal dark world and absorb everything in sight. GRIME is available for PC and Google Stadia. 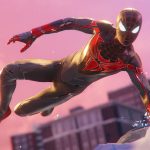 The developers are promising an emphasis on player choice and consequences, deep role playing, a vast world, and oodles of lore.

Gigabyte follows in the footsteps of Seagate and Western Digital and confirms that its Gen 4 NVMe SSD is compatible with Sony's console. 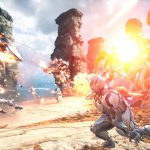 The free-to-play mech shooter was previously due out this August, but has been pushed back to provide the developers more time to polish the game.

Bandai Namco has no plans for narrative expansions, prequels, or sequels for the upcoming action role playing game.

The Ascent’s PC Version Has DLSS and Ray-Tracing on Steam, but Not Game Pass

Thankfully, developer Neon Giant is aware of the issues, and is looking into fixes, so hopefully it won't be too long before they're addressed.

343 Industries has been adamant in the past that the shooter will not have a battle royale mode, but an audio file in the beta seems to suggest otherwise.