You can now also pick up a new power-up throughout the levels that allows you to dual-wield weapons for a limited time, 3 brand new enemy types, new environmental weapon and a new tarot card that leeches health from enemies when the damage is dealt, it’s called Health Stealer.

The Clock Strikes Meat Night also expands both the single-player and co-op mode. New secrets areas, actions, usable mechanisms and more enemy variations throughout the game.  Painkiller’s trademark was always about killing tons of undead monsters in demonic like environments, if this is what you enjoy then you will be quite happy with this DLC pack, especially considering this is the first single-player DLC the game has received. 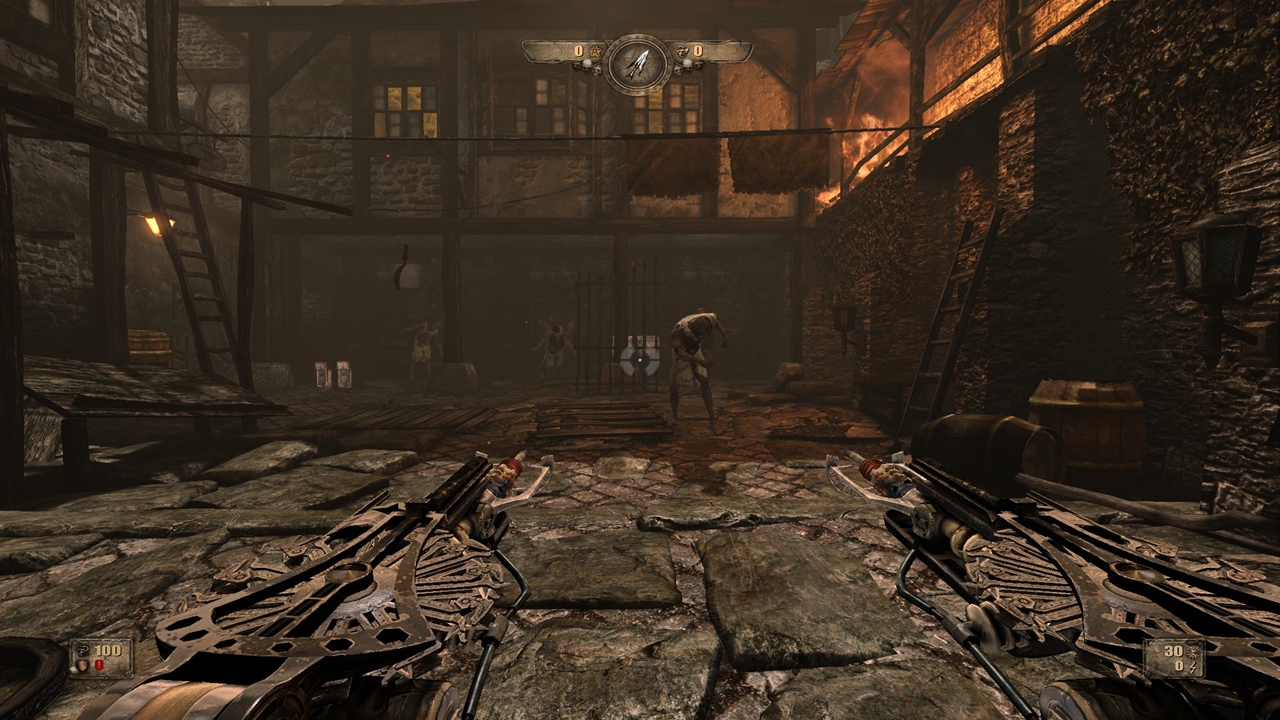 The very first level in The Clock Strikes Meat Night DLC is called Town. Town is a very basic and linear level, with a lot of burning wood, broken down buildings and of course hordes of enemies that throw meat pieces in your face until you die. Town is a remake of  the original Painkiller level, it’s rearranged and spawns additional enemies like the Templars.

The level took me about 15 minutes to beat on Insomniac difficulty and this is without exploring, or trying 100% achieve all the secrets, souls, ammo packs and so on. The new environmental weapon is called Meat Mine, it can be activated by using your Soul Charger weapon on Leaper’s head, once the head is charged it explodes. 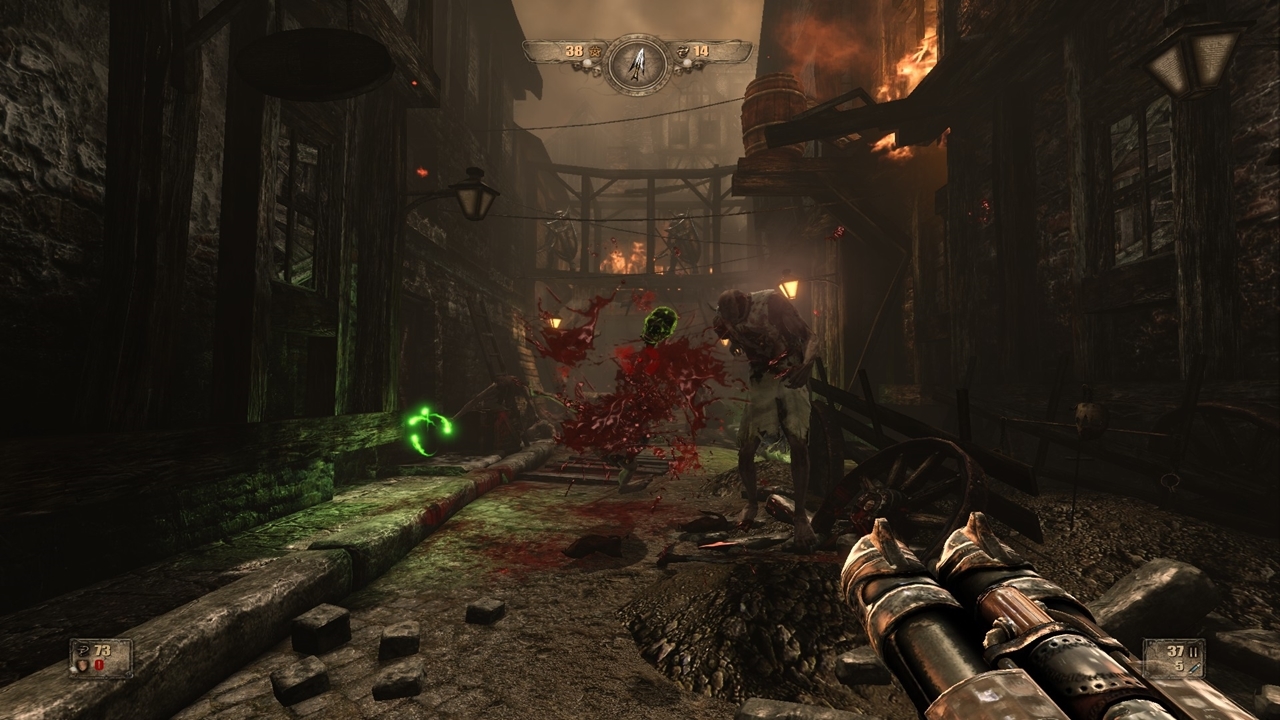 My favorite level from this DLC pack is definitively the Aslyum. The combat soundtrack is great and I love the theme of it, it’s a perfect fit for a horror movie. Your in an outdoor area, with a tunnel underneath that leads into the mansion that you see in front of you when the player begins the level. Spooky atmosphere, eerie ambient sounds, and a combat soundtrack that’s a mix of a metal, rock and a little bit of techno is a great adrenaline pump.

The best part of this level is when your faced with the maze mirrors, each mirror teleports you to different areas with enemies and your objective is to find the one that spawns you outside the mansion. When you finally find the correct mirror  you will spawn outside and fight a horde of enemies, it’s a fantastic way to end the level. The maze mirrors is the brand new additional part to this level that did not exist in the original game. I had so much fun with this level that I didn’t want it to end.

Thankfully though the level took me about 26 minutes just by playing it from point A to point B till the end without looking for secret areas, or trying to collect everything. It would probably take you a good hour or more if you’re playing this on the hardest possible difficulty and trying to find everything. 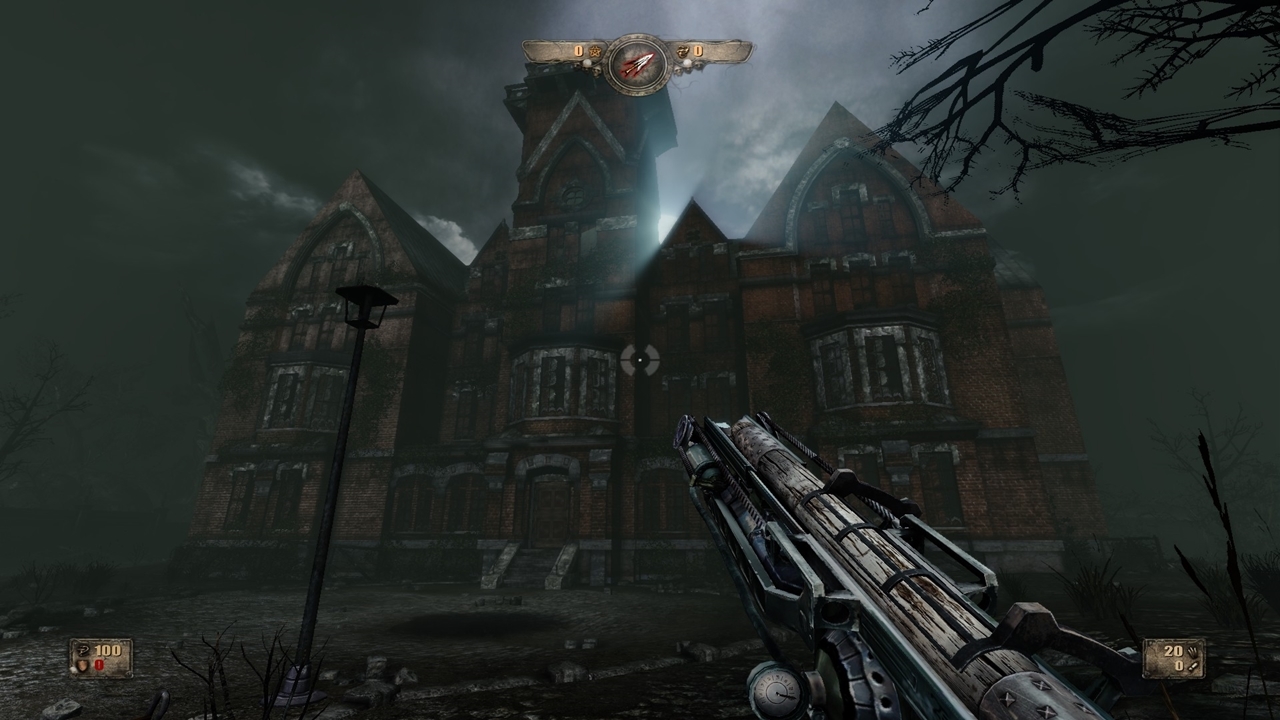 Last but not least is the Bridge level. Bridge is another single-player map that has been expanded. It adds a boss fight, a winter town from the World War II era and 2 new gameplay elements such as the cart-chase and cable railway. Overall though this level wasn’t as enjoyable as the first two. I personally never liked winter themed levels, or train railroads for that matter, so maybe it’s just me. The only fun part for me in this level was the addition of the winter town and the new ninja monks enemies that were fun to kill.

Overall The Clock Strikes Meat Night DLC is a great edition for the first pack that adds single-player content for Painkiller: Hell and Damnation. Nordic Games and Farm 51 are promising 5 more downloadable content packs before end of the year. I am looking forward too see what else they can come up with, I personally think there is a lot of great potential for this game, especially in the downloadable content realm.

If you’re a completionist and love this game and hungry for more zombie and demon slaying, then I would definitely recommend you pick up The Clock Strikes Meat Night. It’s has a good price, decent amount of content for what it’s worth and makes the single-player and co-op gameplay more meatier than it already is.

Decent amount of content, price of the DLC is only $6.99, Asylum expansion is great, more enemy variations and secrets for both single-player and co-op, 3 new enemy types

The Bridge level was a lackluster compared to the other two

Final Verdict:
SUPERB
Good single-player DLC, good amount of content for the price and more Painkiller is always a good thing
A copy of this game was provided by Developer/Publisher/Distributor/PR Agency for review purposes. Click here to know more about our Reviews Policy.