Stickers are the linchpins of everything in the new Nintendo 3DS platforming RPG. 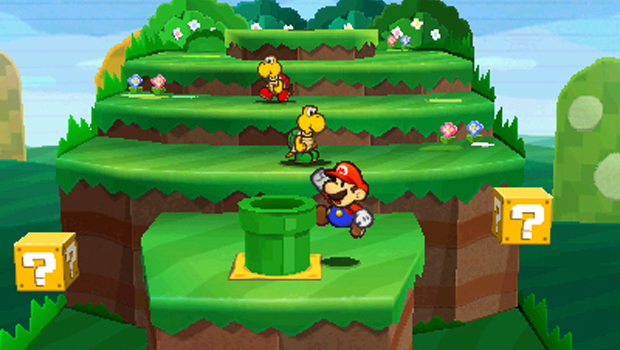 With the Sticker Comet converting poor Mario into a crumpled sticker, it rests on the plumber discovering various stickers to use as weapons. Mario can find these stickers laying on the ground or in “?” boxes. These stickers allow for various commands such as jumping on enemies with a boot, attacking with a hammer and more. Of course, once you use stickers, they’re gone but there’s never a situation where you’ll be without any stickers in your arsenal.

Of course, you can still manipulate the battlefield in various other ways, such as stomping on enemies before battle, like the Koopa, thus turning them into shells when the battle starts. These shells can then be jumped on again to knock them into enemies.

Stickers can also be used to solve puzzles, as Summons, and even hold the key to victory in certain battles. Like any traditional Mario game, there’s a lot of depth in exploring levels and finding various routes.