The indie title is now both a critical and commercial success. 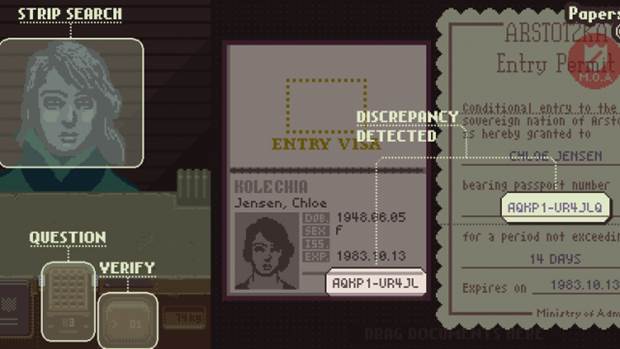 Lucas Pope’s indie puzzle title/immigrant check simulator Papers, Please has garnered an excellent amount of critical acclaim since its launch on August 8th 2013. Despite only being available on PC, Linux and Mac, the game has managed to sell over 500,000 units since launch according to a profile piece the BBC has been doing on Pope.

The game also recently won a BAFTA Award in the Strategy and Simulation category where Pope’s former employer Naughty Dog won awards for The Last of Us. We know that Pope is working on his next game but no details have been shared thus far aside from his fear of being able to live up to fan expectations.

You can check out our review of Papers, Please here and share your thoughts on the game in the comments. Will you be expecting a sequel to the same or a brand new game from Pope? Let us know below.