Take control of a ranger fish and his giant sentry. 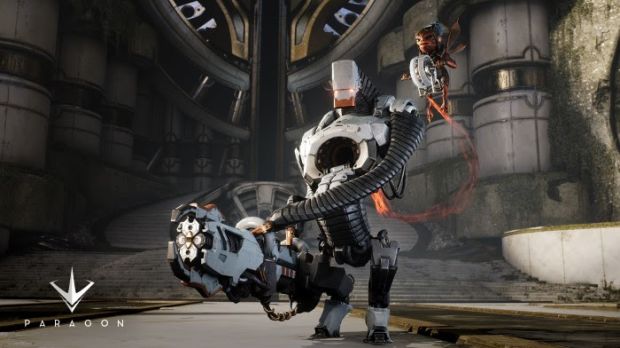 Epic Games will be adding yet another new Hero to Paragon on May 10th with GRIM.exe. The actual Hero is a ranger who resembles a fish, equipped with reel of sorts that controls a huge sentry bot. Needless to say, the sentry and the fish are both not friendly. Check out a trailer showcasing GRIM.exe’s abilities below.

GRIM.exe is armed with a pulse cannon that can significant damage to enemies. He can also slow enemies, block projectiles and knock them back with a shield or use the Gyro Targeted Force Orb to hone in a Hero. The beauty of this ultimate is that it can pass through solid objects and non-Hero units to hunt down its target.

Paragon is currently available in Early Access for both PC and PlayStation – you’ll need to pay to get in. An open beta free for all will be released this Summer. What are your thoughts on Paragon, especially with the new Hero GRIM.exe being added on Tuesday? Let us know your thoughts in the comments.