Fire is the recipe for combat with this duo. 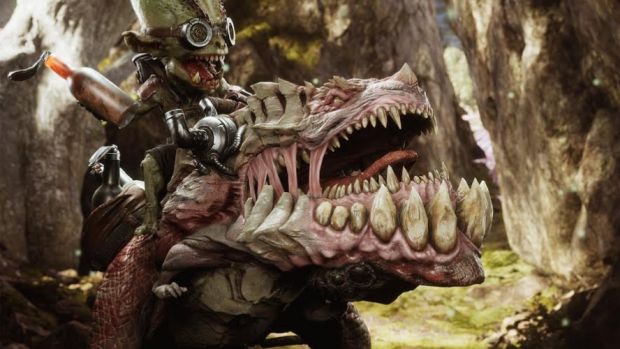 Epic Games’ MOBA Paragon is receiving some spicy new heroes come April 21st. These hot-heads will likely turn up the temperature and perhaps also heat things up. If you didn’t guess by now, Iggy and Scorch are primarily a fire-based duo. Check out the video below to learn more about this 2-in-1 hero that’s effectively a little pyromaniac riding a fire-breathing monster.

Iggy’s primary attack throws Molotov Cocktails at his enemies and he can set flame turrets to zone them off. Scorch helps build the flames hire with a special oil, thus increasing fire damage and its encompassing area. If you’re enemies aren’t outright charred to a crisp, then they’ll probably burn to death in the meantime. Ah, fire play.

Paragon is currently in paid Early Access for PC and PC and is receiving new heroes every few weeks courtesy of Epic. Iggy and Scorch will arrive next week so stay tuned for an update when they become available.