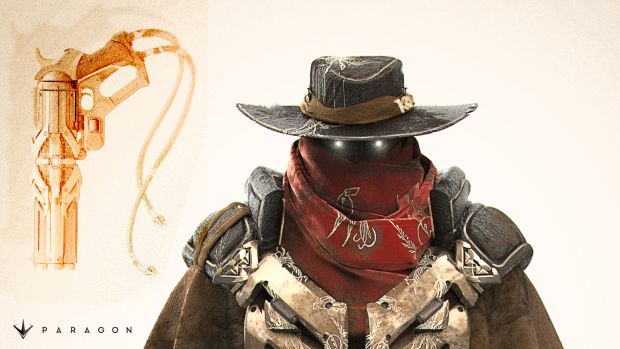 Epic Games’ Paragon has added a new hero to its ranks with Revenant, an unholy spirit who also serves as a bounty hunter. Billed as an ability Carry, Revenant wields a four-barreled revolver and isolates his targets.

A new gameplay video with Revenant can be seen below. Of particular note is his Ultimate which is traps Revenant and his opponent in an alternate dimension where they duel to the death. Along with Revenant, Epic has announced that Sparrow’s Rogue skin is now available. Kalari’s Rogue skin will arrive on May 2nd and you can check out all their ability effects in the video below.

Paragon is currently in open beta for PS4 and PC with Epic Games having added a new hero every three weeks. Several changes like a new map, interface, rewards and much more have come to the game since launch. What are your thoughts on Revenant? Let us know in the comments below.