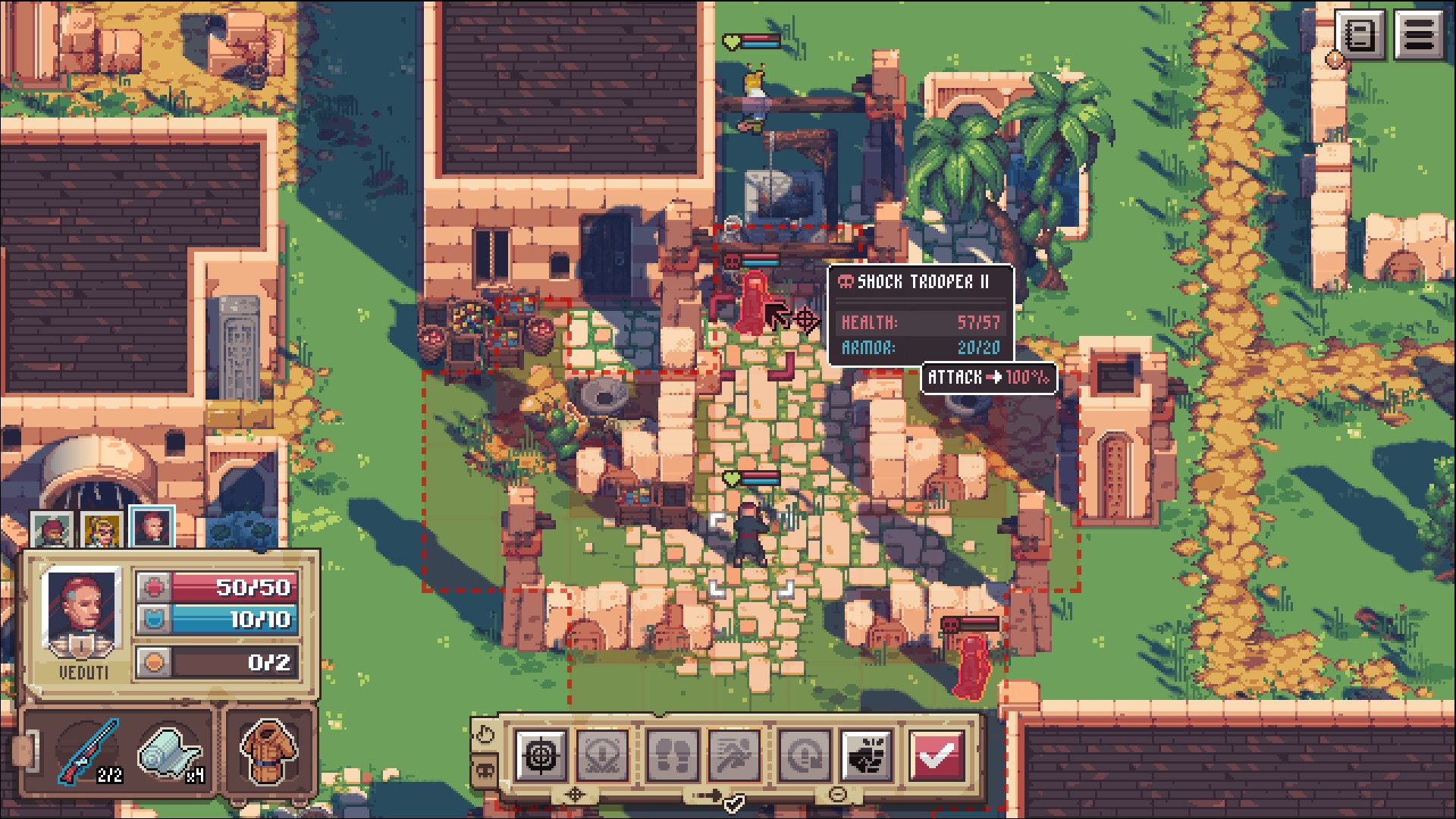 After the critically and commercially acclaimed Wargroove, Chucklefish has another sleek looking strategy title on the way. Developed by Robotality, Pathway is fairly different in that it uses tactical combat equivalent to XCOM with a story reminiscent of Indiana Jones. Check out the launch trailer below to see what we mean.

Boasting five campaigns with different difficulties, there are 16 different characters to unlock, each possessing their own abilities and strengths. Each campaign will also have its own different storyline and encounters with 400 different hand-crafted story events to encounter (like saving villagers or exploring different areas). Procedural generation also promises that no two scenarios will be the same.

Thankfully, unlike XCOM, if you fail then your squad will become stronger and not die permanently. Any loot gained is also retained on death and there’s both weaponry and treasures to discover. Pathway will be coming to PC first on April 11th and hopefully, we’ll see it on Xbox One, PS4, and Nintendo Switch in the future as well.