‘PC GPUs Will Run Past’ PS4 GPU, Devs ‘Will Get More Out of It’ With Time: Ragtag Studio

Co-Founder Chris Cobb on PS4's GPU and why he believes that DualShock 4 controller feels great in the hands. 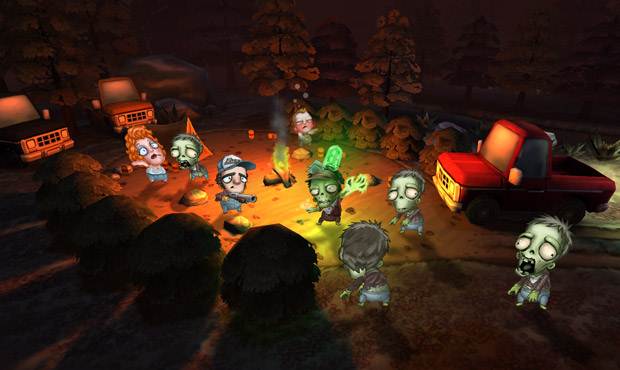 With Nvidia and AMD battling it out for the title of fastest graphics card, it is obvious that current high end GPUs are already far ahead of what can be found in the PlayStation 4 and Xbox One. Although neither Sony nor Microsoft have revealed the official GPU specifications of either consoles, it is safe to assume that they will be less powerful than what current technology has to offer.

But since consoles use custom architectures, developers will always find ways to implement unique solutions and make the console version stand out. This won’t happen on day one and just like the current generation consoles, it will be a few years before game developers really start taking full advantage of the underlying architecture.

We recently interviewed Chris Cobb who is the co-founder of Rag Tag Studio. The studio is currently developing Ray’s The Dead for Windows, Mac, Linux and PlayStation 4, which has the player leading a zombie army. As a developer who is working on PC as well as the PlayStation 4, we decided to ask him about his thoughts on the PS4’s GPU and whether it will stand the test of time rather than becoming obsolete over just a few years.

“I suppose it depends on your definition of obsolete. With the lifespan of consoles approaching 10 years, there is no doubt that within a few years PC GPUs will run past what the PS4 ships with. But as has been proven with the PS3, the more time developers spend with the system, the more they’ll get out of it. I’m sure toward the end of the life cycle games will not be able to compete with their PC counterparts, but they should be close enough for all but the strictest graphics snobs,” he explained.

He also believes the DualShock 4 controller feels great and they intend to use the Share button and the touch pad functionality of it.

“The controller feels great in the hands. I think Sony did a great job of keeping what everyone has loved about the DS for 3 generations now, but still giving it an nice face-lift for this fourth generation. There is something to be said for not messing with something that works just fine. We do intend to use some of the new PS4 features, including the touch pad, and the social aspects of the system like the share button. We aren’t quite ready to reveal just how yet,” he added.

Share your thoughts in the comments section below. The PlayStation 4 will be launching in North America on November 15th and in Europe on November 29th.