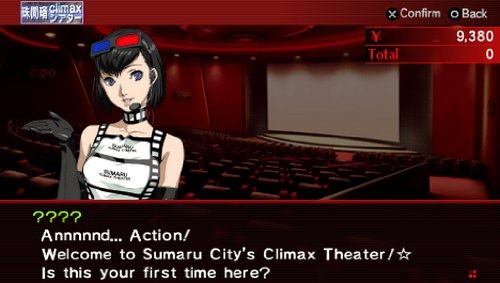 The long-awaited legitimate English translation of Persona 2: Innocent Sin has been confirmed as hitting US shores sometime in fall/autumn. For some that seems too vague, but with a little research we can start narrowing things down; September seems to be the month that keeps cropping up on sites like Amazon, Gamestop and Gamefly, with the 20th being the most commonly occurring day. Catherine, another upcoming Atlus title, saw release in Japan during February and will be coming to America in July. That’s a five month gap between regions. Innocent Sin may follow a similar time frame since the Japanese version of the title came out in April.