Persona 3: Dancing in Moonlight and Persona 5: Dancing in Starlight Release on December 4

Atlus announces that the western release of these games will be a bit earlier than expected.

Atlus had already confirmed that Persona 3: Dancing in Moonlight and Persona 5: Dancing in Starlight, the localizations of the rhythm games based on Persona 3 and Persona 5, would be launching in the west earlier this year. However, they had originally been announced for early 2019. Now, Atlus has come through by confirming they will be launching a bit earlier than that.

The company has confirmed that both games will launch for PS4 and PS Vita (… yes) on December 4 this year. You can get each game standalone for $60 on PS4, $40 on Vita, or you can get a bundle with both games included for $100 on PS4, and $70 on PS Vita. Additionally, Persona Dancing: Endless Night Edition will be available for PS4, including a copy of Persona 3: Dancing in Moonlight, Persona 5: Dancing in Starlight, Persona 4: Dancing All Night (the only way to get it on PS4), and a hard cover artbook. Fans of the series will probably want this one.

Make sure to watch new trailers for both games below. Which one of these, if any, will you be picking up? 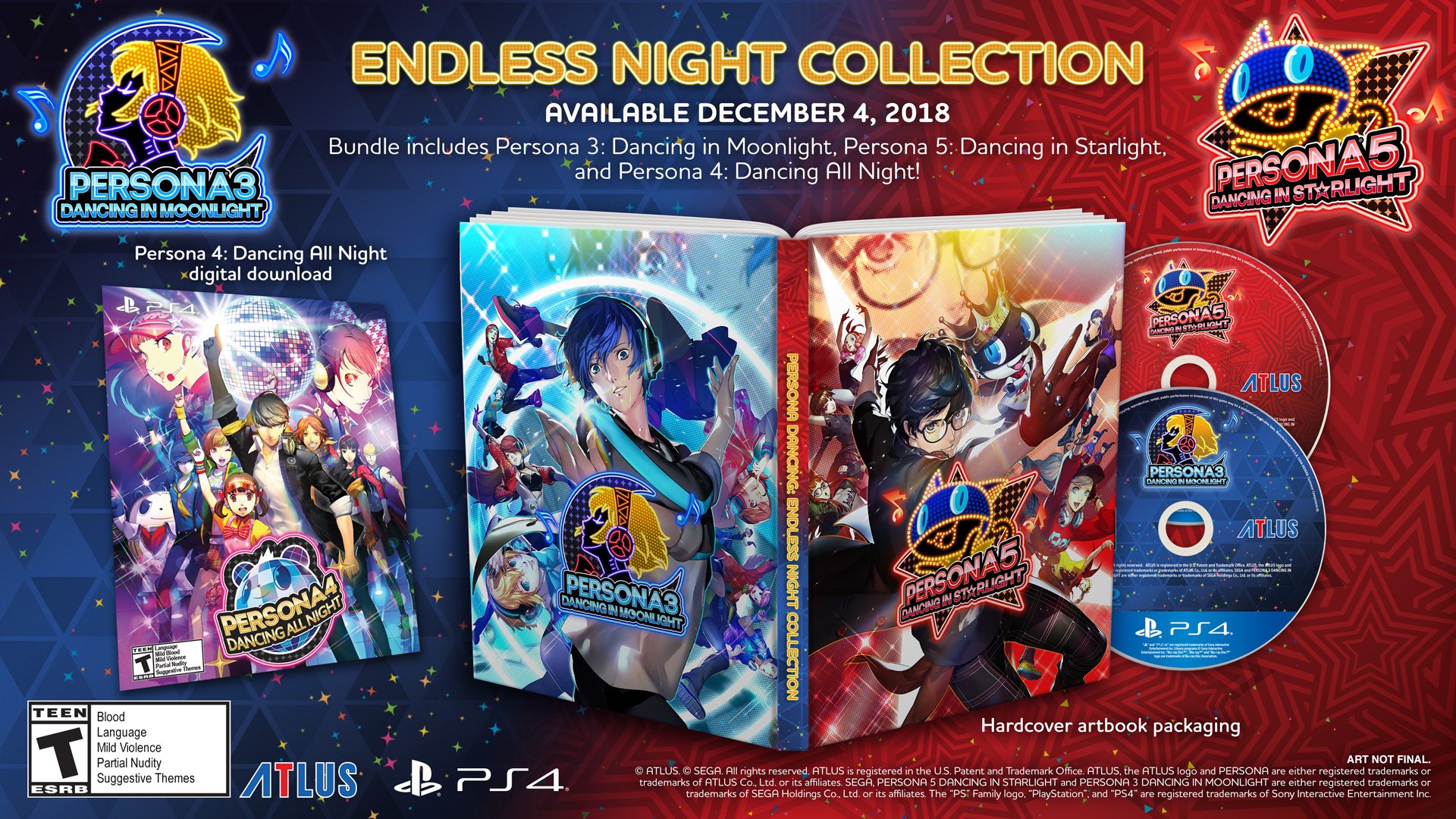