Posted By Kartik Mudgal | On 02nd, May. 2012 Under News, Screenshots | Follow This Author @KartikMdgl 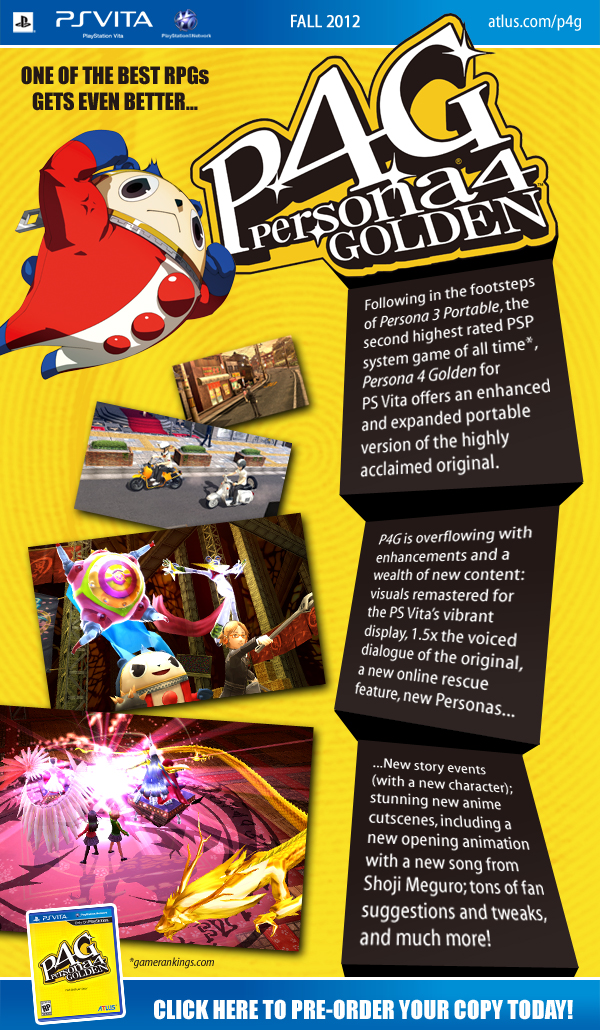 Not much information supplementing it, but Atlus has officially announced that the game will be heading to the Vita in NA this fall.

Persona 4 stands as one of the finest games ever made, delivering many dozens of hours of enthralling storytelling, immensely satisfying combat, intricate party management, and addicting demon collection and customization.

Its brilliantly realized story-which features a memorable cast of personalities with whom the player can forge and strengthen pivotal bonds called “social links”-combined with the game’s breathtaking visual and aural design, are part of an overall package that is on almost every genre fan’s list of all-time favorites.

We will keep you updated once we get more information on this. Tell us what you think in the comments section below.