Japan gonna eat this up. 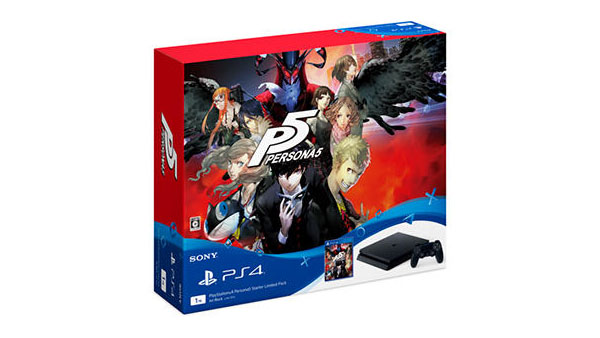 Persona 5 is slated to be the biggest game in the series ever, and it may also be the biggest console game hit Japan has had so far this generation- and it looks like Atlus and Sony are going to ensure that it has every shot it possibly can at being a major hit. Right on the heels of the PS4 Slim announcement, Sony and Atlus have together (via Gematsu) announced a new PS4 Slim bundle.

The bundle will include a copy of Persona 5 for PlayStation 4, a slim PlayStation 4 Jet Black model with a one terabyte hard drive, a product code to download an original theme and avatars, a DualShock 4 Jet Black controller, and the necessary connection cables- for Japanese gamers looking to maybe purchase a PS4 to jump in on the Persona hype, this bundle may be the best way to go

Persona 5 launches in Japan on September 15, with the worldwide release on February 14. I want to say I hope that we can get a similar bundle for the game in the west, too, but Persona is probably far too niche for something like that to ever happen…