The Fifa game from EA and the PES game from Konami are the two soccer game franchises that have been going head to head for over a decade.  In my opinion Fifa was always the favored game when it came to soccer games.  This might change with the release of Pro Evolution Soccer (PES) 2011.  I mean between the past and present the two franchises could just boil down to the person as which game they favor more.  This years release of PES has made some major improvements to the game, easily bringing it to par with the Fifa franchise.  It still comes down to the individual as there are pros and cons for both games.  You can pull off a 30 yard shot in PES 2011, unlike Fifa 2011 but the online in PES is still no match to Fifa online.  It all comes down to you, but there is no denying that this years PES has made some vast improvements from their previous games.

Pro Evolution Soccer (PES) ’11 has a “total control” 360-degree movement system and power gauge, which offers an auto-assist to help as players that are not familiar with the previous games might take some getting used to.  This system is great when it comes to giving you full control of a player, but if you don’t know what you are doing, you leave yourself out of position for the other team to take advantage of.  In Fifa, you don’t have to worry about this but are restricted to controlling players.  The AI in the game has improved a lot since last year and the game has also improved on its real time physics giving you different outcomes upon contact with players such as blocking, deflections and jostling.

The game is still riding on its “Engineered for Freedom” gameplay that other soccer games don’t have and can give hardcore players what they really want.  While standard passing seem as smooth and functional as ever with its new system you also have the option to do manual passes while holding down the left trigger to make some intense moments in the game.  This years version has made some vast improvements in the menus which seems like no big deal in words but when you compare to last years messy menu layout, it makes a big difference.  You really have to stay on your toes as Defending and Attacking are no longer automated adding the “freedom” aspect Konami is rolling with. 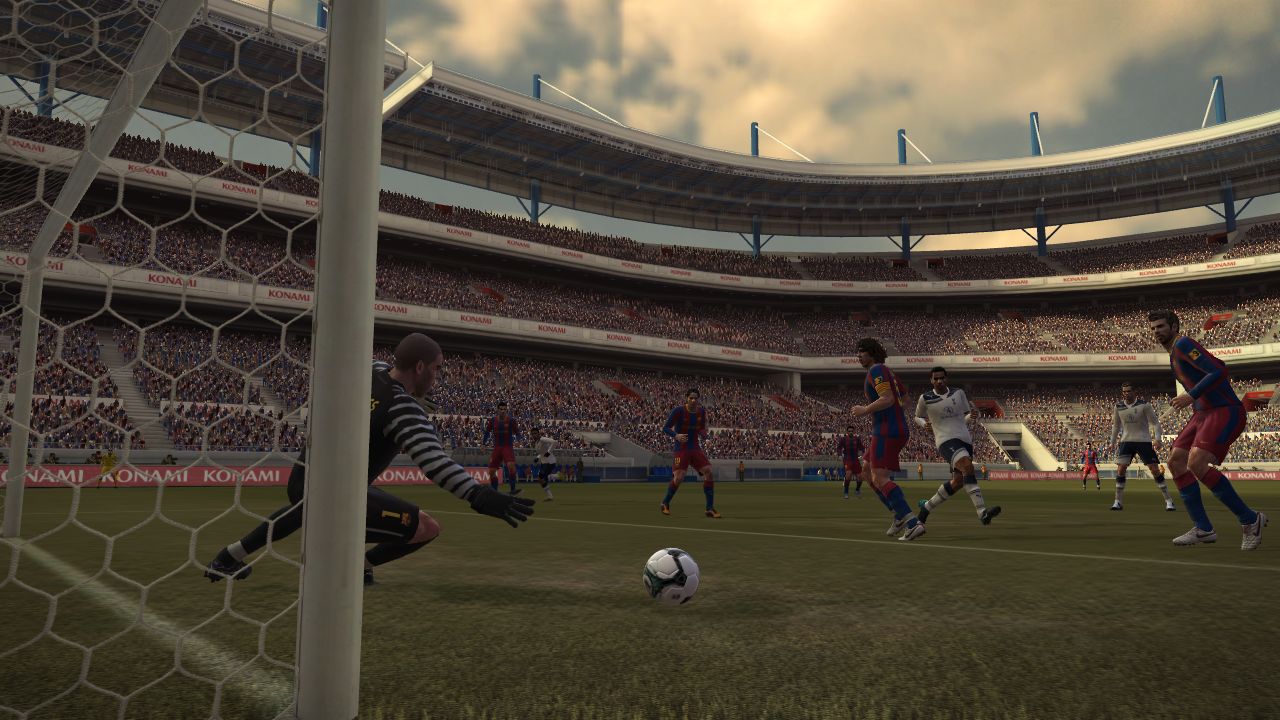 The freedom you have in the game really adds to the realism of the game.  While at times you might feel lost or not in control of the ball, after getting used to it, you can have intense games not seen in any other soccer game.  During replays you can even see the players eyes following the ball as well as being able to see what went wrong during the replay.  The graphics have vastly improved from the last game and the real time physics system make every scenario and replay unique.  The player modules and likeness are much better in this year version.  As far as the commentary goes, the people doing the commentary have been switched up a little but is still kind of boring and hasn’t really changed from the previous games.

You can customize so much in Pro Evolution Soccer 2011, including customizable feints that can be mapped to the right analog stick.  You can also create your own logos and customize stadiums in detail.  There are tons of unlockables in the game from silly ball replacements like a pillow or a giant piece of candy as well as head and hair replacements that are sure to give you a laugh.  Retro sounds are also unlockable from older games that all add to a humor aspect of the game that doesn’t hurt it whatsoever.  The complete downside if this is that none of these customizations can be brought online to share with other players. 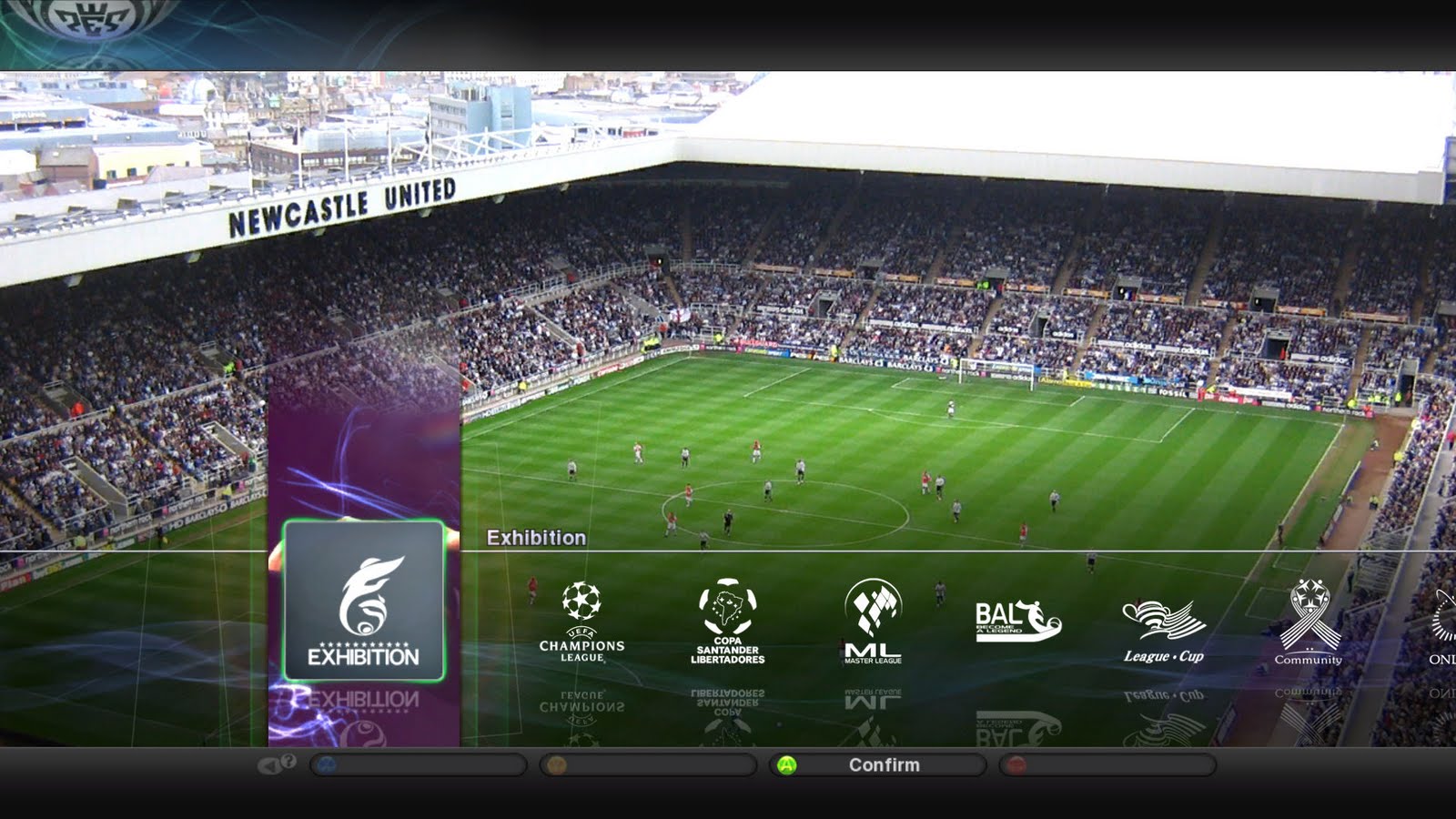 Most modes return from last years version like UA for Champions and the South American Copa Libertadores tournament.  You can enter the UEFA Super Cup competition and the UEFA Europa League.  The biggest part to the game has to be the Master League and the Become a Legend mode.  In the Become a Legend mode you can create a character and take them into a career to play with.  Master League is extremely in depth between bringing your character into the mode, training and other aspects as well.  Online Master League takes it even farther where you can win prize money which you can use to buy players or enter into tournaments.  You can wager this money in a bunch of different type of pay out competitions that one of which is sure to suit you needs.

Pro Evolution Soccer 2011 has made some major changes from the last game and really giving itself its own style of soccer game.  This is pretty big for the franchise, as I feel Fifa was always the favored one before PES 2011, now it seems to come down to what kind of gameplay do you like better.  The game is also available on nearly every console including, Xbox 360, PS3, PS2, PC, Wii, PSP and iPhone with a demo out for most of those platforms.  The title suits it well as, I don’t think your pro at soccer games until you have mastered PES 2011.  There are less boundaries in this game letting really do exactly what you want rather than having a set choice of things to do.  Anything can happen in PES 2011.

Same boring commentary. No customizations or unlockables can be shared online.

Final Verdict:
SUPERB
PES '11 has made vast changes since last years version showing its true potential as a soccer game.
A copy of this game was provided by Developer/Publisher/Distributor/PR Agency for review purposes. Click here to know more about our Reviews Policy.