Voidpoint has a unique knack of developing excellent old-school first person shooters, 2019’s Ion Fury was an excellent example of that, with its blend of retro visuals and high-octane action. The developer has now announced that it’s working on a follow-up, Phantom Fury, and based on what’s been shown of the game so far, it’s looking like we might be in for another solid, action-packed shooter. There’s plenty that we still don’t know about it though, so to learn more about the game and what players can expect from it, we recently reached out to its developers with a few questions. Below, you can read our interview with game director Daniel Hedjazi. 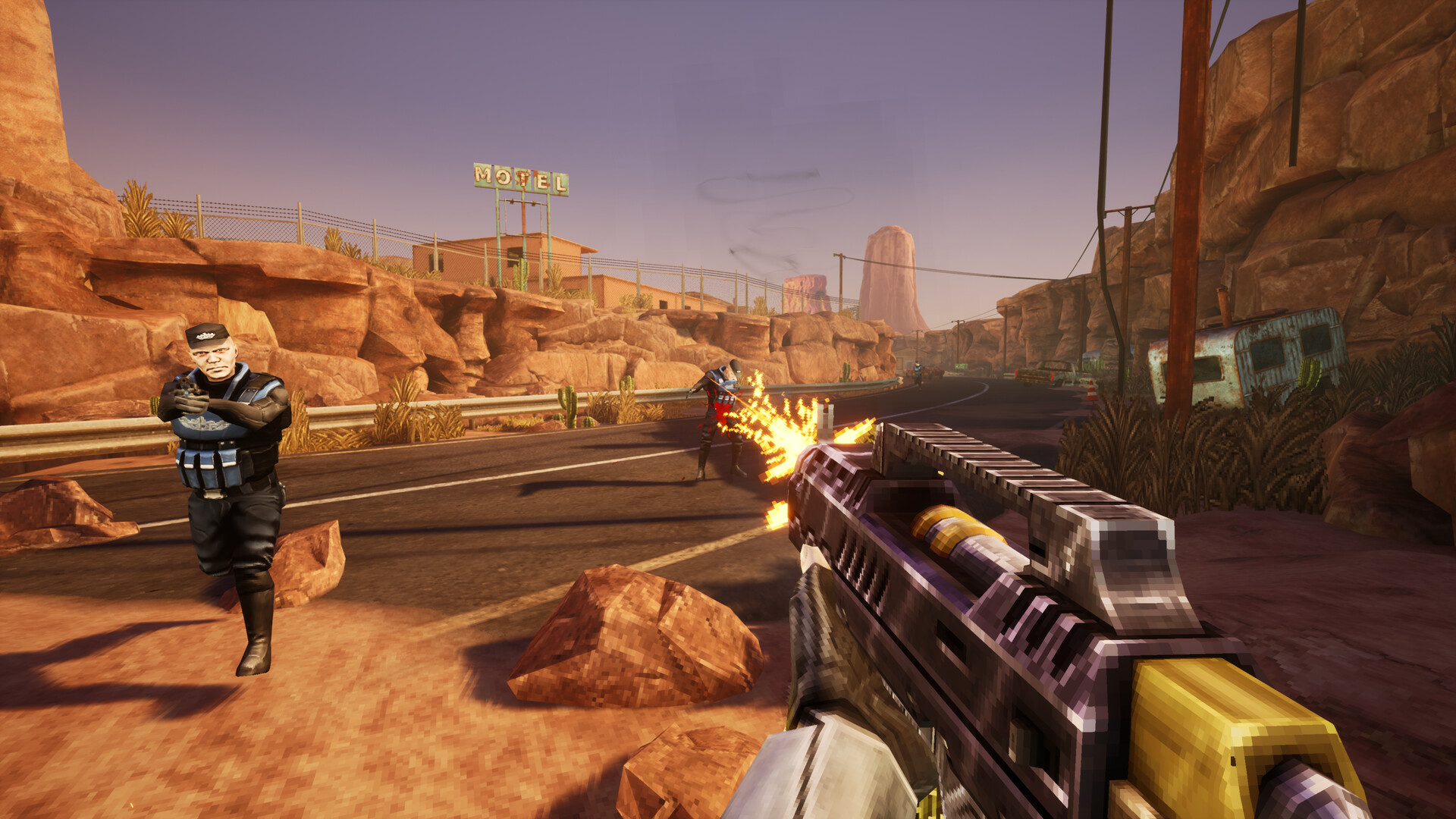 "If you are a fan of Ion Fury, you are going to find many cool connections between the two games. However, playing Ion Fury is not required in order to enjoy Phantom Fury."

How much of a connective tissue is there between Phantom Fury and Ion Fury? Are you treating this as a conventional sequel, or is it doing its own thing with a few elements carrying over from the previous game?

Basically, Phantom Fury is a new game that takes place in the same world as Ion Fury. The story takes place many years after the events of Ion Fury, so I wouldn’t call it a direct continuation. If you are a fan of Ion Fury, you are going to find many cool connections between the two games. However, playing Ion Fury is not required in order to enjoy Phantom Fury.

Phantom Fury seems to be putting a great deal of emphasis on the interactivity of its world and environments. Can you talk a bit more about that and how that will impact the gameplay?

From early on in the development, creating an immensely interactive FPS was one of our core goals. Everyone in our development team can chime in for ideas about interactivity, so over the course of the game we accumulated quite a big pool of interactive content.

Some of it is simple there for fun – a lot of small, cool details that I won’t spoil here, but also minigames such as a fully functional light gun arcade. In other parts, interactivity becomes part of the level progression, for example when players need to operate a crane to destroy obstacles. These sections give players a break from all the action, without becoming frustrating.

How much variety can players expect from Phantom Fury’s roster of weapons? Can you give us an idea of roughly how many of them are going to be completely new ones?

There’s around 20 weapons in this game – some of them are fan favorites from Ion Fury, many are completely new. On top of that, upgrades allow players to customize their weapons even more, so overall there’s a crazy amount of variety and options available to players. 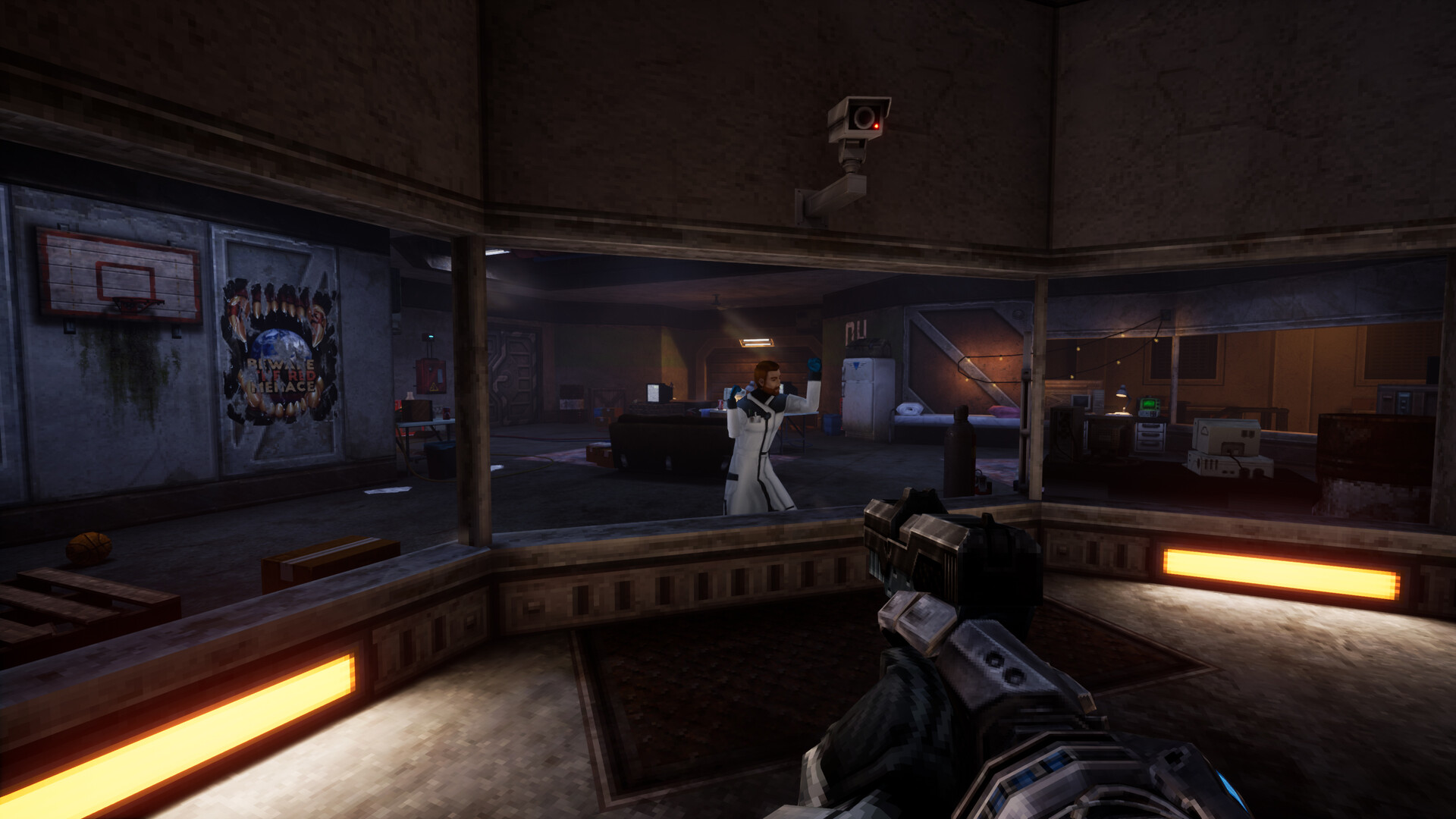 "We are first and foremost an action-focused FPS, so our progression mechanics are all designed around making combat even more fun."

What can you tell us about the customization and progression mechanics in the game and how extensive they will be?

We’ll show more of that in the not too distant future. What I can say right now is that we are first and foremost an action-focused FPS, so our progression mechanics are all designed around making combat even more fun. But to us it’s important to not lose focus on what this game is at its core.

Like Ion Fury, Phantom Fury is also obviously looking like a throwback to older, classic first person shooters. How much of that defines the game’s design and gameplay? How do you look to strike a balance between that and ensuring that the experience still feels modern?

I’m not too concerned with referencing a specific time period with our game. We are following simply what we would like to play. Many of us grew up with shooters in the 90s, but that doesn’t mean that we aren’t playing any newer games. For us, the most important aspect is to make the action feel as satisfying as possible, and that’s what we center our design decisions around.

Roughly how long will an average playthrough of Phantom Fury be?

Our core estimate is around 8 hours. However, depending on how much time you spend with all the interactive content, progression systems and exploration, you should be able to get even more playtime out of it. 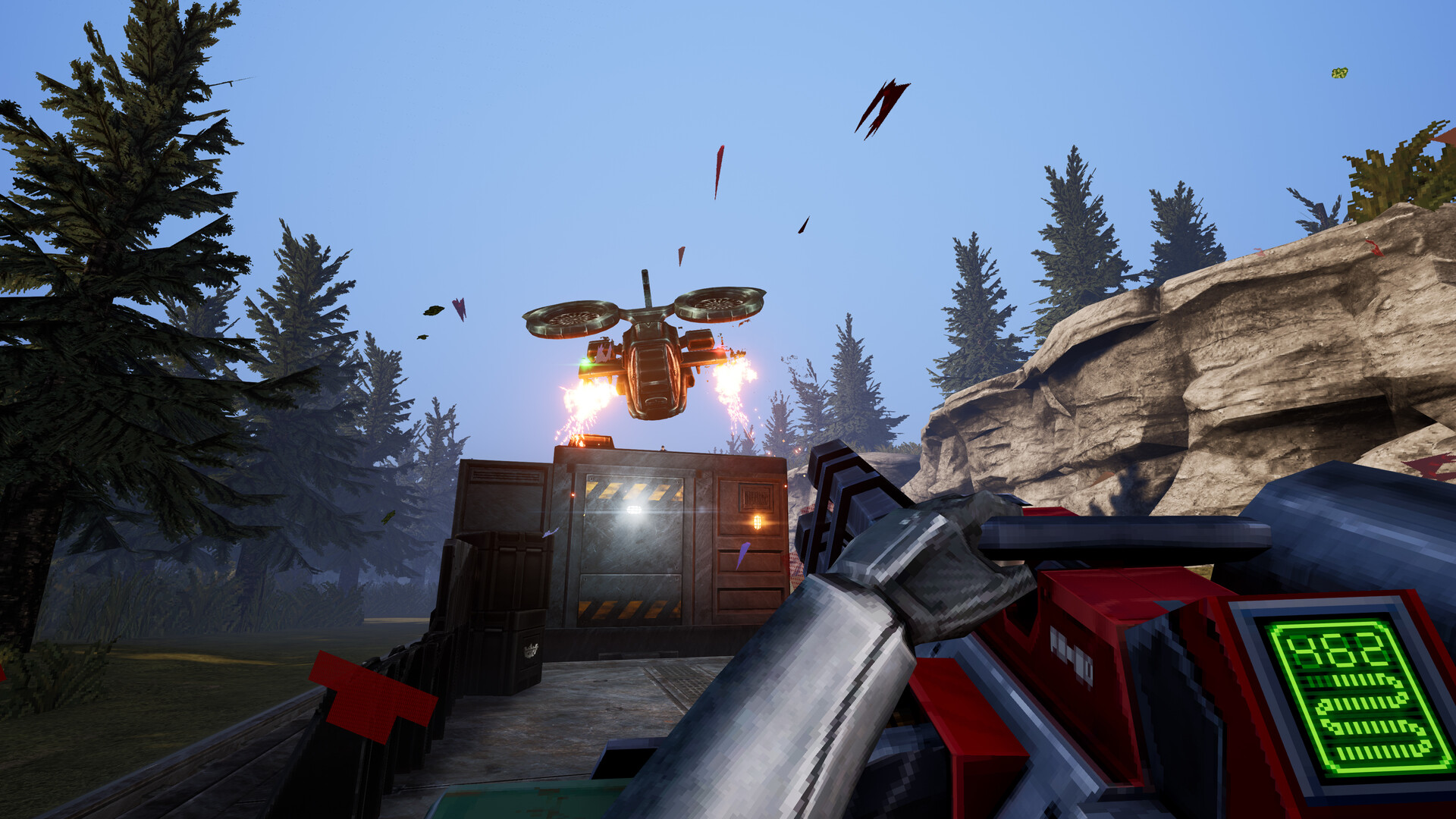 "Our intention is to get the game on as many platforms as possible, but this is something that we will be able to know as we progress with the development since we are fully focused on the PC version right now and our resources are also not infinite."

What was behind the decision to not announce the game for previous-gen consoles, especially seeing as the game is coming to the Switch as well?

Our intention is to get the game on as many platforms as possible, but this is something that we will be able to know as we progress with the development since we are fully focused on the PC version right now and our resources are also not infinite. We decided to give priority to the next-gen platforms, simply because they are… newer, but we will have more announcements regarding console versions in 2023!