Get your bumpers rolling for some pinball mayhem. 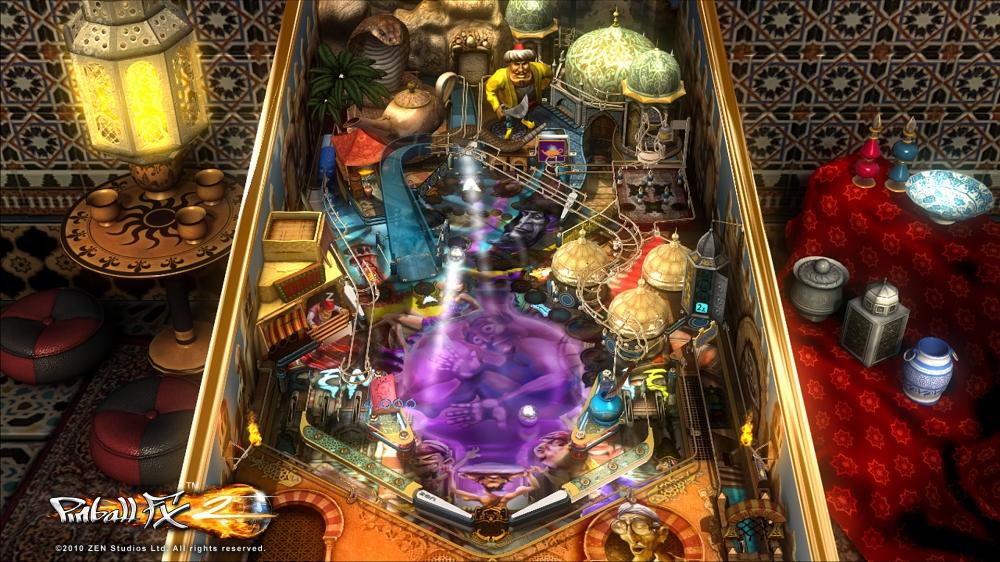 Zen Studios has announced four Zen Classics pinball tables as DLC for Pinball FX2. This means re-mastered graphics and physics for each table, all for 800 Microsoft Points on Xbox Live Arcade.

Zen Studios’ Creative Director Neil Sorens stated, “It is incredible that support from our fans has enabled us to continue making content for Pinball FX2 more than two years after its release. The Pinball FX2 community is one of the best out there, and we know they have been anxiously awaiting the release of these original designs.”

The four tables in question are:

Tesla: An electromagnetic and electric arc experiment-infested board inspired by the inventions of the most awesomest of awesome scientists, Nikola Tesla.

Shaman: Spin discs, ramp jumps and other supernatural challenges await as you take on the role of a novice witch doctor looking to make it big as a tribal summoner.

Eldorado: Precious treasures lie buried in Mayan Jungles, and they’re not without their share of traps. Journey to the lost city by avoiding said traps, unlocking puzzles and get rich. Or die trying.

V12″ A performance-car minded board for gearheads with parts for upgrade and various nitrogen-based boosting devices.

Look out for Zen Classics to release on December 12th.