The Island is home to a wide variety of weird characters. 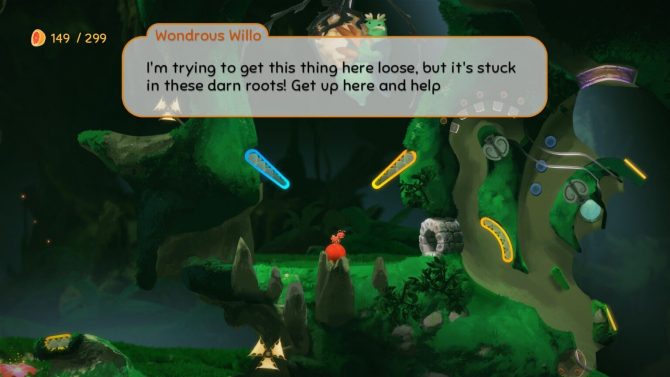 Yoku’s Island Express is one of the stranger indie darlings on the horizon. It’s not every day that you take a 2D exploration based platformer and introduce pinball like mechanics. However, beyond that intriguing concept, the characters that Villa Gorilla show off with this new character might just win over some new fans.

The trailer, which can be found just below, highlights many of the quirky supporting cast of the game, such as Willo, an eccentric character that will take in special items, the ravenous Sin and some weird mushroom people, one named Rinri, that gives me serious Return of the Jedi flashbacks.

The player’s goal in Yoku’s Island Express is to get in touch with Mokomana, through platforming and pinball mechanics. This trailer is decidedly lighter on showing off those elements, but does highlight a new grappling ability we haven’t seen before. Are you excited for the game? Let us know in the comments below.