Snail Games answer some of our questions about their upcoming game PixARK.

PixARK is a game that blends elements from both Minecraft and ARK: Survival Evolved together. In this sandbox game, players will have to attempt to survive by taming different creatures and building things. With a procedurally generated quest system and a sandbox world to play with, every player’s experience of the game is bound to be unique.

The game is still in Early Access and to learn more about how its development is coming along, Gamingbolt reached out to the developers with some questions and they provided the following answers. 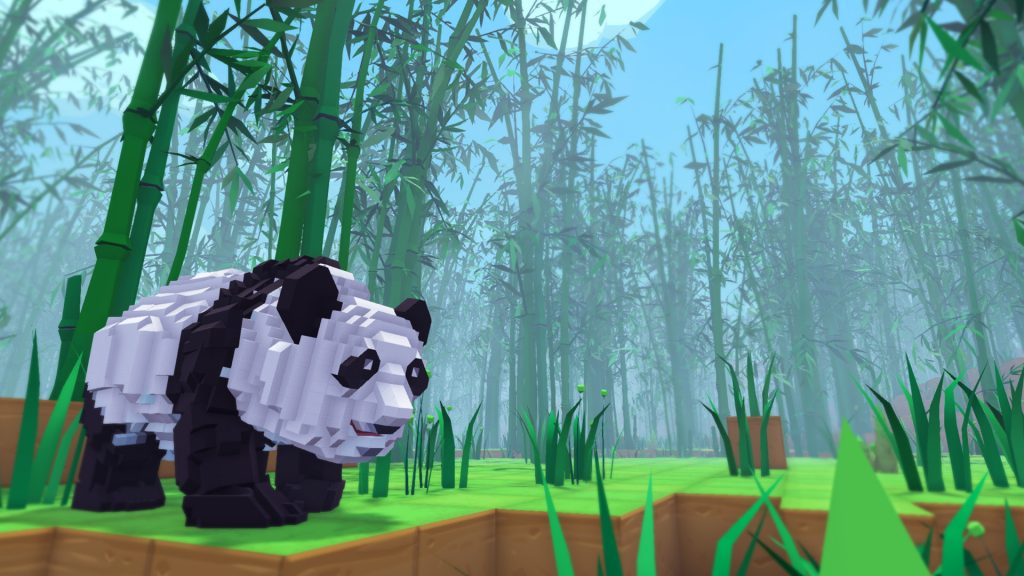 "The idea behind PixARK was to make a game that everyone, no matter their age or survival game experience, could enjoy."

What inspired the idea to mix Minecraft and ARK: Survival Evolved?

ARK: Survival Evolved, while a very rewarding experience, is also very mature. There are themes and mechanics in the game that are not for everyone, including kids. The idea behind PixARK was to make a game that everyone, no matter their age or survival game experience, could enjoy. We felt that the voxel space and art style matched the theme that we wanted to portray, and also give us room to make a new experience for both veteran and beginning survival game players alike.

Is the main focus of the game crafting or survival, or is it a unique blend of both?

Crafting goes hand in hand with survival games. PixARK has a greater focus on the crafting and creative aspects of survival games, but does not shy away from putting players into situations that will get you killed if you aren’t careful.

Can you tell us about the RPG elements in the game?

When you first touchdown in PixARK, your character is level one, with only a few items they can craft. As they experience and explore the world around them, each “Explorer” will level up. These levels will allow players to put points into different stats, such as how much they can carry or how quickly their hunger depletes, as well as opens up new items they are able to craft. The new items that become available make tasks that took a very long time, much shorter, which shows growth in strength and ability.

Is taming dinosaurs an important aspect of the game’s experience? If so, how does it work?

Taming creatures gives you all sorts of advantages from combat, travel, and gathering resources. Passive creatures can be fed berries and will be tamed over time, while more aggressive creatures need to be knocked out before feeding them. Either method does not take too much time, as long as you have the right equipment for the job.

Considering that the game is a survival game, what will be the range of difficulty?

The difficulty in PixARK is not quite as punishing as other games, but still keeps the core heart and soul of ARK: Survival Evolved. Players will still have to manage food, water, and other stats that if neglected will cause your Explorer to perish. However, unlike most survival games, you do not lose all of your items upon death. While each player will lose their entire backpack inventory when encountering a foe they could not best, they will keep the items on their hot bar and their armor. We felt that this kept the identity of ARK: Survival Evolved, while not punishing the player as much for making a misstep.

Taking a game like ARK: Survival Evolved, and putting it into a Voxel environment was no easy task. There were many different mechanics in ARK Survival Evolved that didn’t account for a environment that was always changing. However, it was also very exciting to be working in a new space that allows for so many creative opportunities not only for us, but for the player as well. 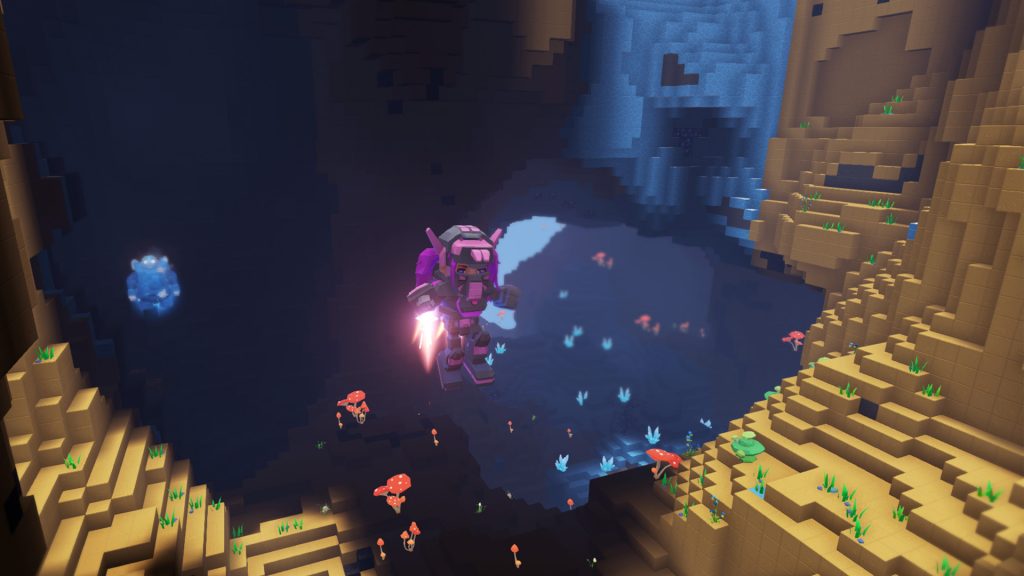 "Players will be able to progress in any way that suits their play style, and customize their experience to their liking."

What can you tell us about the crafting system in the game? Is it similar to what we’ve seen in Minecraft or will it be different in some ways?

The crafting system is much more similar to ARK rather than Minecraft. This means that crafting something will require the proper engram to be learned, and the appropriate crafting station/materials to be on hand.

What can you tell us about character progression and customization in the game?

Players will be able to progress in any way that suits their play style, and customize their experience to their liking. If a group of friends want to go out together and make a huge structure, battling the elements together, they’re able to. However, if you’re a lone wolf and want to be someone that keeps to themselves, lays low, and builds a nice little home under the earth where no one can bother you, you’re able to do that as well.

What will be featured in the single player mode of the game?

Everything that multiplayer has to offer, by yourself! You can also adjust the game settings before you start a single player map, to increase or decrease the difficulty as you see fit. Players can adjust experience gains, gathering rates, creature difficulty, and more to tailor the game to their needs. For players who just want to build, you can start a creative mode game that allows you to spawn in whatever items you want and fly around to find that perfect spot to start your creation.

We’d like to thank everyone for all of the support that our community has given us during the early access of PixARK. We look forward to all Explorers, new and veteran, to come and take on the challenges that PixARK has to offer. We have a lot of plans for the future of the game, and are very excited for the future.