Planet Alpha Interview: Harness The Power Of Day And Night

Adrian Lazar, the creator Planet Alpha, answers some of our questions about the game.

Planet Alpha is a game in which players will be able to explore a visually stunning alien world as they slowly uncover the mysteries behind it. One of the unique features in the game is that players will possess an ability to rotate the planet so that it is day or night. This mechanic will have to be used effectively so as to progress in the game.

To learn more about Planet Alpha and its development, Gamingbolt reached out to the developers with some questions and the following answers were provided by Adrian Lazar, the man behind the game. 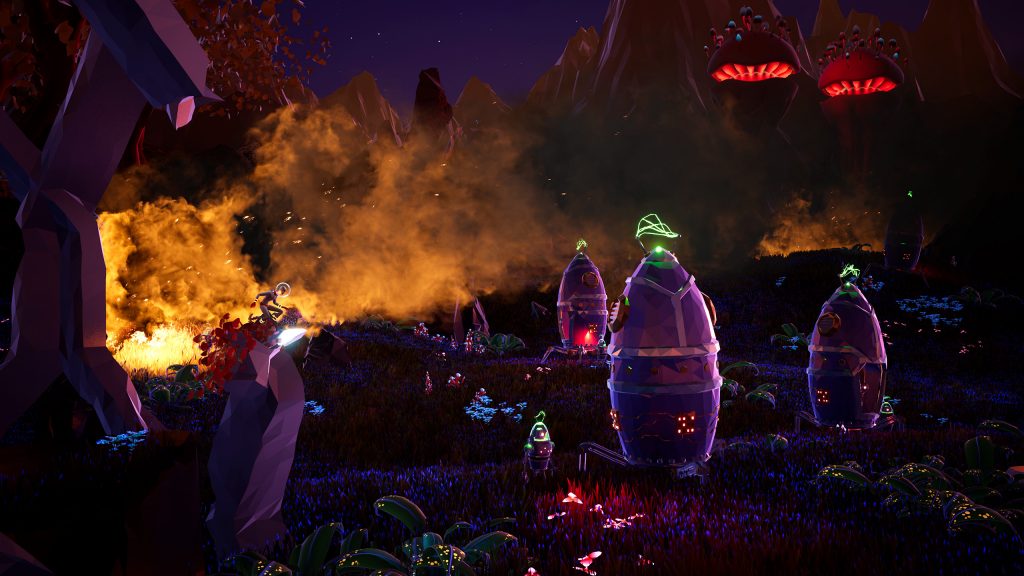 "I didn’t start the project with the goal of not having a programmer, but rather because of limited resources, I had to look for alternatives to the standard way of developing a game"

What was it that made you believe that you could get this game created without a programmer?

I didn’t start the project with the goal of not having a programmer, but rather because of limited resources, I had to look for alternatives to the standard way of developing a game.

For the first 2 years I was working alone on PLANET ALPHA and being able to create the logic part was crucial in the prototyping phase.

We now have one freelance programmer that has been mainly working on the hero locomotion system, he’s amazing and without him we couldn’t have created the game.

Still, everything else is being accomplished through visual scripting and this is a huge advantage for a small team like us.

Having worked at a AAA studio and also by yourself, how would you say the experience had differed?

I think what makes the biggest difference for me is how much more rewarding it feels to work in a smaller team. While in a AAA studio you are often a small cog in a big machine, in a small team like ours, your work accounts for so much more.

The other part that I find interesting is that you often get to do stuff that is outside your main area of expertise and this keeps working on the same project for several years fresh and interesting.

Can you tell us more about the mechanic which allows players to control the time of day?

The planet rotation mechanic came pretty early on when I was looking for a feature to help the game stand out but didn’t feel like a gimmick. I wanted something that could be an integral part of the world and that could affect every part of the gameplay.

Moving to Scandinavia a few years earlier, I was fascinated by the long and colourful twilight when the sun lowers below the horizon and the sky is scattered with vivid shades. It’s a huge and often dramatic transformation that as an artist I wanted to replicate in the game, so I implemented a day and night cycle. A couple of months later I thought why not give the player this ability as the game distinctive feature.

What can we expect to see with the game’s story?

I don’t want to give too much away on this one! There’s no dialogue in the game so we are putting a lot of emphasis on the environmental storytelling. At the beginning of PLANET ALPHA, you awake on a strange alien world that is home to many mysterious, exotic flora and fauna. As you explore the world around you, you’ll uncover the ability to rotate and control the planet. Is this world as tranquil and serene as it first appears and what more will you discover?

We’ve come a long way as a small team. It’s been great creating the game and a few months ago we started to see that the risks we took are paying off and that all these elements are creating an interesting and unique game. 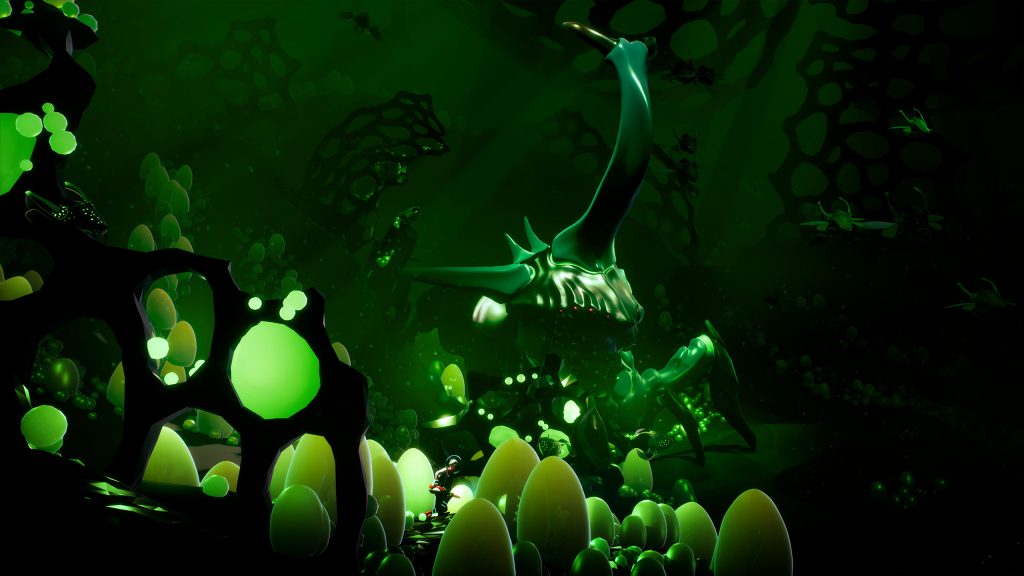 How do different creatures’ behavior change based on the time of day?

The player will have to use the day and night cycle to their advantage throughout their journey and each environment will offer different opportunities. For example, deep in the alien jungle there’s a dangerous creature that enjoys a certain type of fruit but the fruit opens up only at day. In other places we have plants that expand during different times of day and can act as cover for you sneak past enemies.

The game’s art is something that immediately stands out. What were some of the inspirations behind the game’s art style?

There were many, starting with Another World, which all these years later still has this feeling of being isolated on an alien planet, something I cared about having in PLANET ALPHA since I started working on the game.

In 2009 I moved to Copenhagen and I was fascinated by the long-lasting sunsets that often change the sky in dramatic ways, for me as an artist this was a great challenge to reproduce in the game.

Speaking of inspirations, what would you say are some of the inspirations behind Planet Alpha?

PLANET ALPHA started at the end 2013 as a personal project of mine, while I was working on Hitman at IO Interactive.

By chance I played Another World for the first time on my iPad, searching for something different and I instantly fell in love with the atmosphere of the game. I always had a big passion for space, alien planets and sci-fi in general and so the spark ignited.

It took me 2 years of learning, prototyping and marketing until I got the project financed and I was able to focus on it full time. 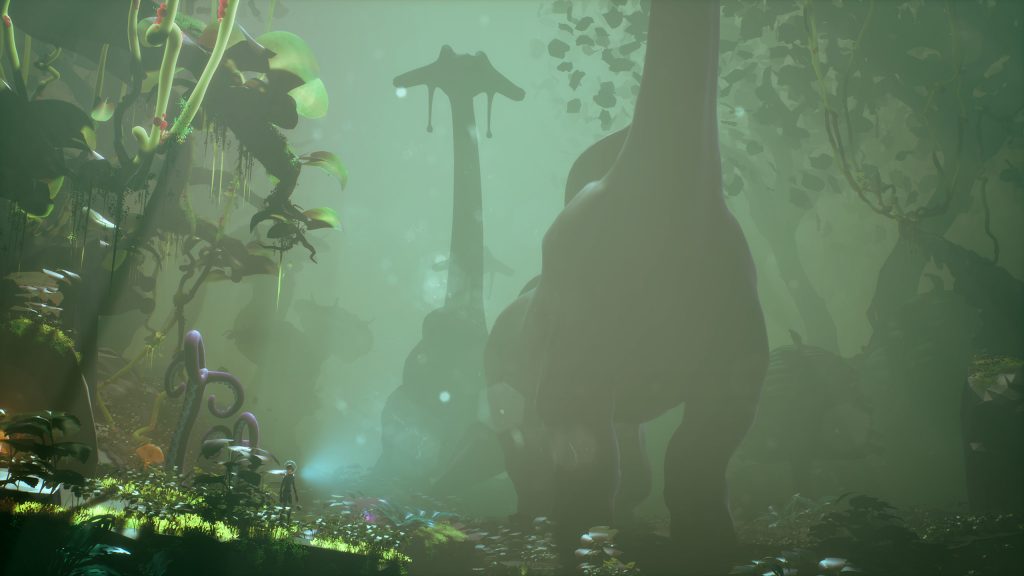 "As a game developer focused on creating immersive, rich worlds what I hope for the most regarding the next gen is just more raw processing power"

What has the experience of developing a game mostly by yourself been like? Is it something you’d like to do more of?

It’s funny because when I started working on this back in 2013 my goal was for it to be a small one-man project. And while the first 2 years of working alone were fun, the game grew too ambitious for a single person.

We’re now 3 people working on it, plus 4 freelancer and it’s awesome. I could had never imagined when it started that the game would grew so much in every direction, something that wouldn’t be possible without the other guys.

I hope that the next projects will be even more ambitious which most likely will mean a bigger team, but we’ll see.

As a game developer focused on creating immersive, rich worlds what I hope for the most regarding the next gen is just more raw processing power.

I really really hope so, although the jump in power needed to run 4K@60fps would be quite large compared to the current generation. But this is clearly the trend that we’re going towards so I’m optimistic.

On an unexplored alien planet where you don’t know what’s harmful and what’s not, you will be tempted to keep on moving forwards quickly.

But I would encourage you to take a break occasionally and admire the scenery, and who knows, if you like exploring you might be rewarded with more than just a nice view!