Planet of the Apes: Last Frontier Interview – Survival of the Fittest

The divide between cinema and video games has always been fairly pronounced, even as both mediums race to incorporate aspects of the game. Story-telling in general is tough to pull off though, a challenge which Andy Serkis and his team at Imaginati Studios are constantly tackling. Planet of the Apes: Last Frontier is an attempt to bring out the reach cinematic universe of Planet of the Apes in video game format. While the results, as per critical reception, were mixed, it’s still interesting to see the thought process behind such a project.

GamingBolt spoke to Andy Serkis about Planet of the Apes Last Frontier, the challenges behind Imaginati developing its first game and much more. 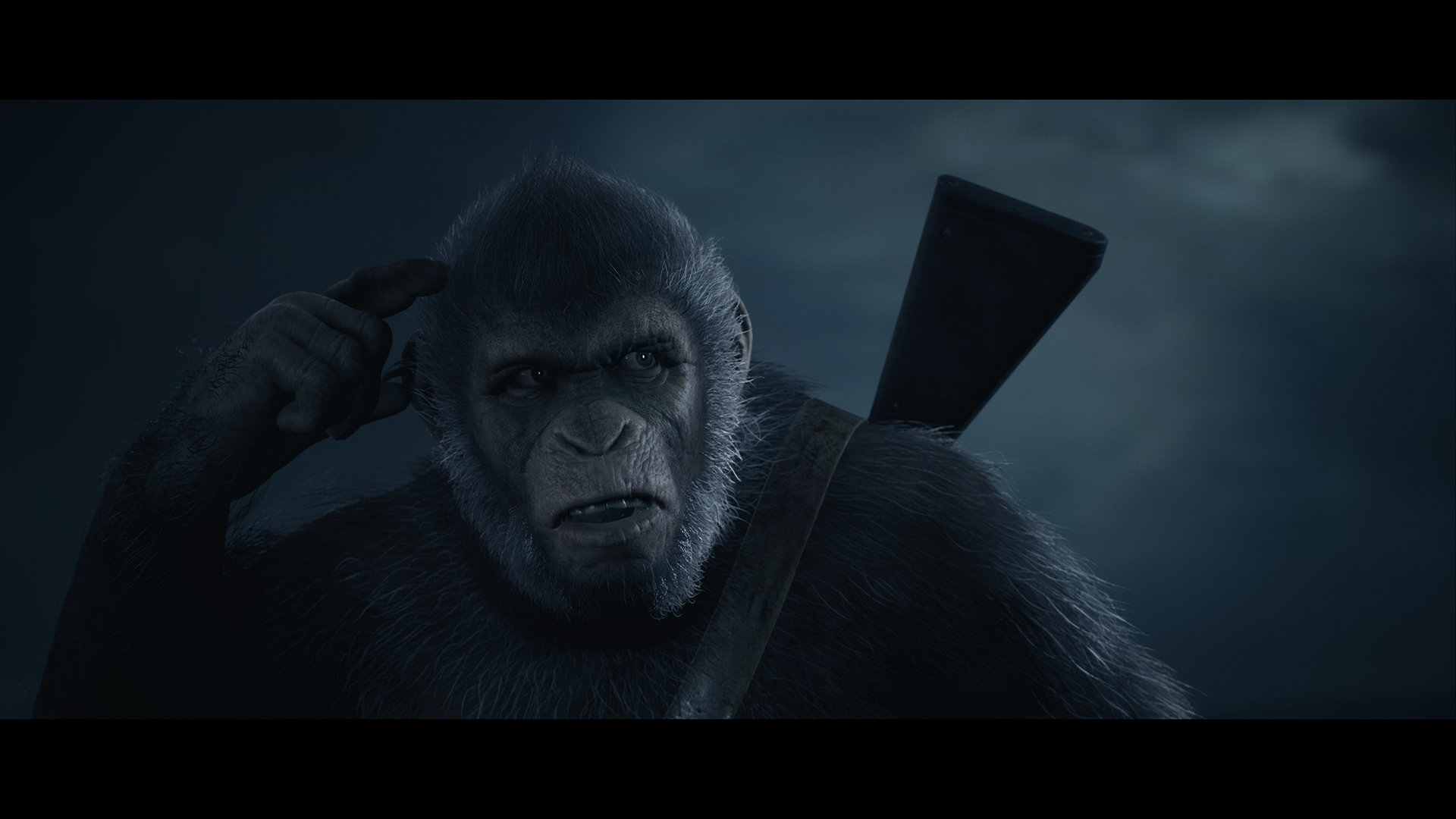 "In terms of the Apes universe, it tells a new story, much in the way the “The Walking Dead” games do."

What motivated the decision to develop a Planet of the Apes video game?

At The Imaginarium, the focus is always on rich storytelling no matter the medium. We’d seen more and more the strength of story come through in video games (Heavy Rain and the Telltale games show what can be done narratively in the gaming sphere), and when Martin (Alltimes, owner of developer The Imaginati Studios) approached us with the concept of a narrative adventure set in the Planet of the Apes universe, it made a lot of sense. The stories in that universe (and the Pierre Boulle source text) have always been very deep and involving, with well rounded characters and complex narratives, to take what has been done with the latest movies and transpose that world to home consoles was too interesting a prospect to pass up.

Imaginarium has provided motion capture for a number of different films and games but Planet of the Apes: Last Frontier will be its first game developed. What challenges did you face in setting up a proper development workflow?

Actually much of this rested with our developer, The Imaginati, but a lot of the pain was removed by using Unreal, as our in-house team had done. It simplified the processing and delivery of performance capture data, and with the team using Unreal “out the box” rather than with lots of for-purpose plug-ins it made the process between the two companies pretty seamless, Imaginarium handled post-production, editing and clean up before delivery of data that could, more or less, simply drop into the game engine.

What is the story for Last Frontier and how does it complement War for the Planet of the Apes?

The story is set within the two years between the events of the movies “Dawn…” and “War…”, after the second film, a tribe elder called Khan, takes a group of the original tribe and splinters off from Caesar’s group, they move 400 miles into the Rocky Mountains and set up camp in a cave system there, seeking a peaceful life for his sons Tola, Bryn and Juno as well as for the tribe in general. As winter arrives, Khan sends his sons to look for food which brings them into direct contact with the humans for a nearby fortified compound on the plains below. The resulting meeting causes the events that unfold during the course of the game.

In terms of the Apes universe, it tells a new story, much in the way the “The Walking Dead” games do. It also gives the flexibility of both being canon and yet allows you to do whatever you want with those characters as their destiny is not known from the other stories that have been told. 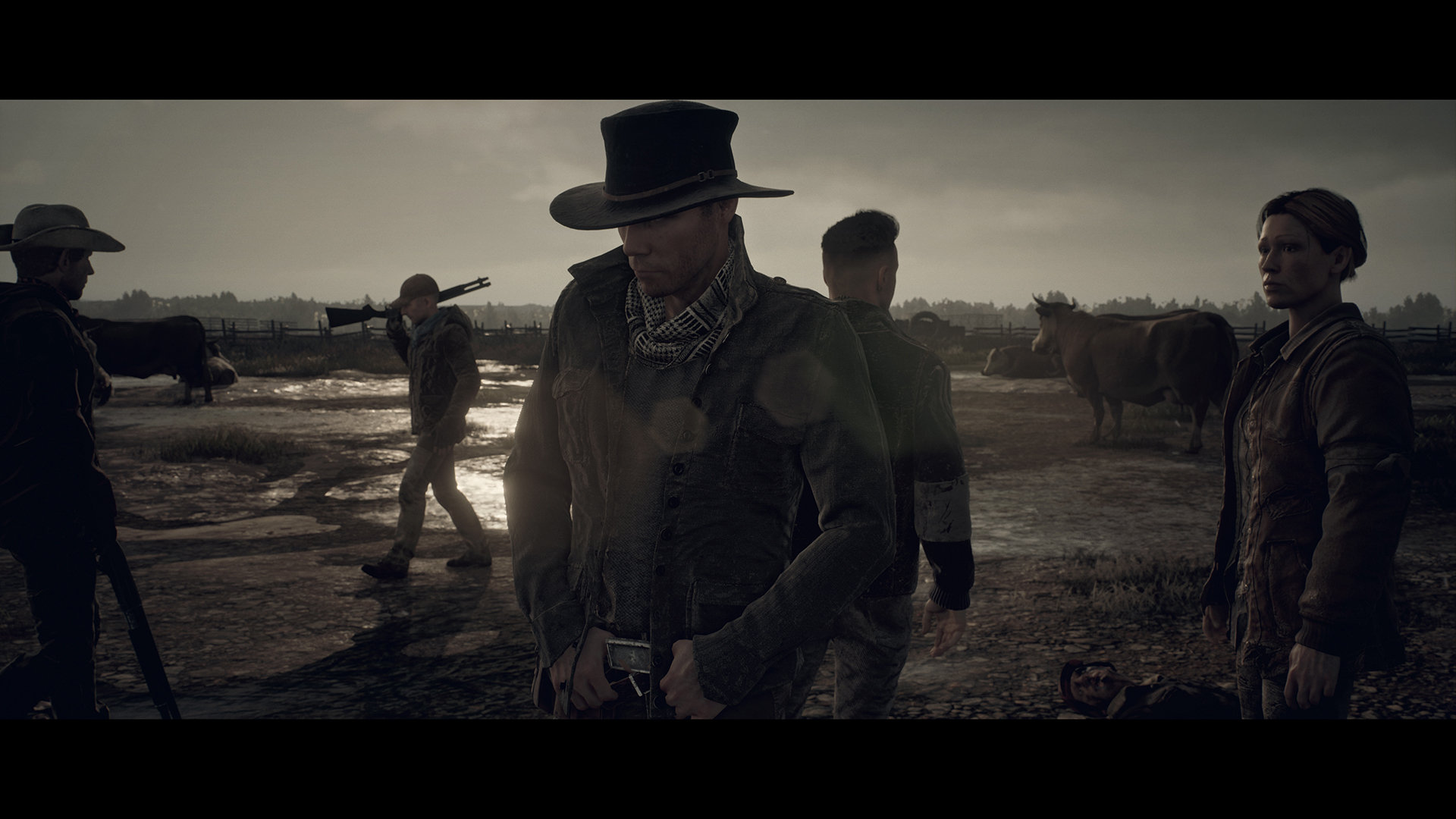 "The game is divided up into a number of chapters with the story switching between the apes and the humans perspective as you progress."

How does the gameplay experience differ when playing as humans versus the apes? Overall, what kind of length are you targetting for the overall story?

Beyond the methods of communication, there is not that much difference and that’s deliberate, to show that you face the same dilemmas in life no matter if you are an ape or a human. Both face similar issues; little food over winter, the need to survive, the pressures of taking and following decisions as a leader, how to keep family and your home safe. In terms of game time, a single route through the game should be about the length of a movie, so 2.5-3 hours long. However, with multiple endings, there’s about 14 hours of content in there to discover.

What can you tell us about the mission structure of the game? How do the themes of survival, conquest and betrayal play into these missions?

The game is divided up into a number of chapters with the story switching between the apes and the humans perspective as you progress. Both sides are desperately trying to survive a harsh winter in the Rocky Mountains, food is scarce and when a couple of drifters ask for sanctuary in the human compound, it soon becomes clear that not everything is as it appears. Your character for both apes and humans is faced with decisions to make which really make the player find out a lot about their themselves and the themes you mention are woven heavily into those decisions.

Why did you choose a Telltale style of choices for the gameplay? Do you feel like this will appeal to a wider audience?

We actually put some distance between Telltale and ourselves, in an attempt to make the game accessible to anyone who finds a controller a barrier to entry, we decided against including player navigation. In a lot of ways some of these experiences can involve walking up to a variety of characters and finding either the right combination of answers or the right person to push the story onwards. We wanted to ensure the story was not obfuscated by anything and the player choice was front and centre. For PS4, Playlink will also help as it removes the controller itself and gives non-gamers a means to access a console title simply using their phone as the controller. 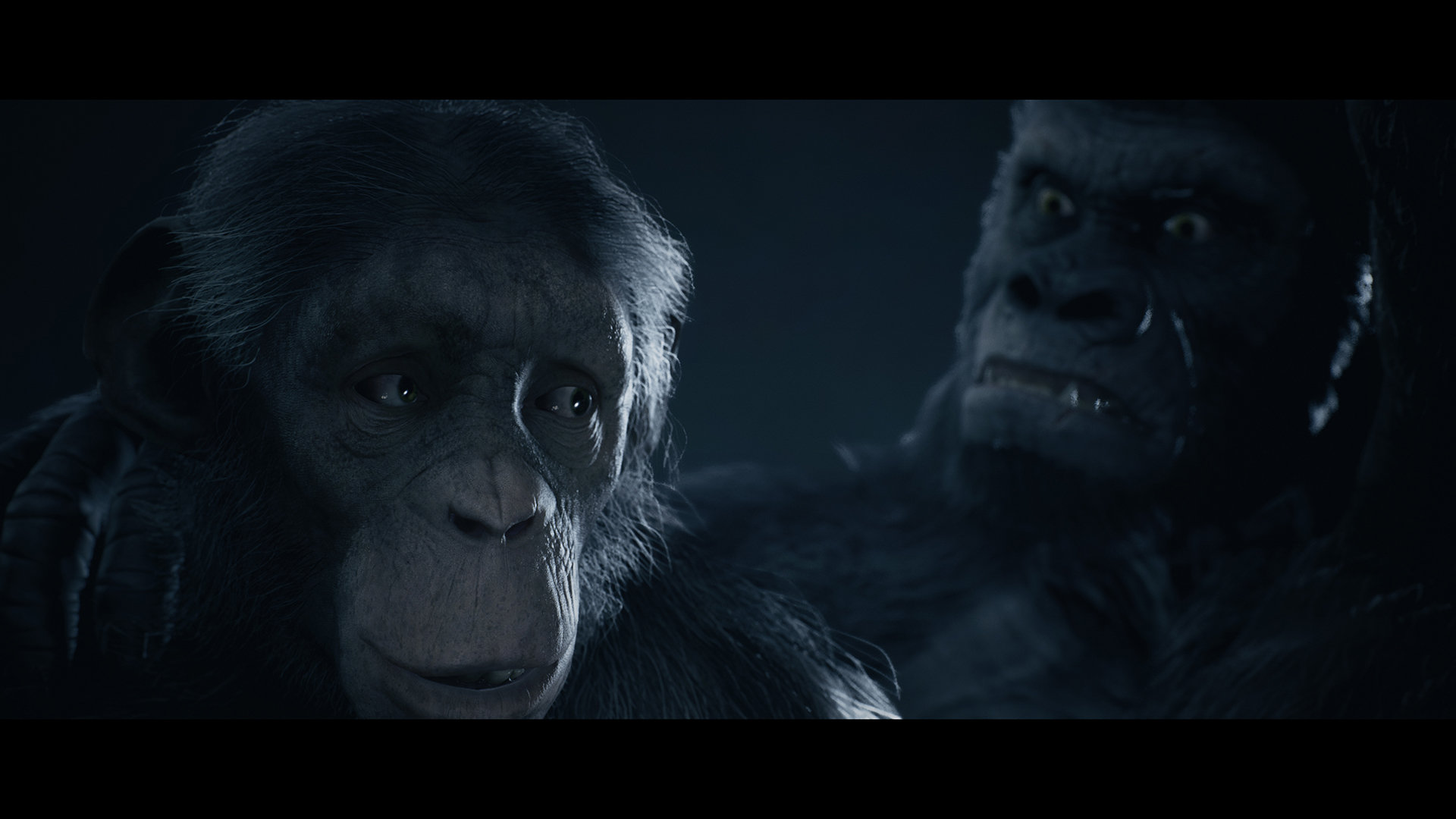 "The game supports up to 4 players and each player dialogue choice is private, only once all players have chosen is the final decision revealed."

We know there are 3 general endings to the game and they can vary based on decisions players make (and who lives or dies). Will these decisions have impactful changes on the endings and how?

Every single decision the player makes has an impact on the other characters in the scene, some more subtle than others, again unlike the Telltale titles, we don’t build up to a cliff-edge choice every 20 mins, each scene offers up decisions which will shape the relationships with those characters, so there aren’t simply a couple of decisions you take which affect the scenes moving forward, but cumulative decisions which have softened/hardened a character towards you.

How tough was it to stay true to the spirit of the franchise while still exploring different creative directions with the game? Did the effort eventually pay off?

Not that difficult at all, Fox have been very supportive of the approach we took, expanding the universe in different directions so that there is a rich seam to be mined. Fox, of course, had certain tonal markers they requested us to hit for consistency purposes, but shaping a new story within the universe was pretty straightforward.

What can you tell us about the game’s multiplayer and how player voting works?

The game supports up to 4 players and each player dialogue choice is private, only once all players have chosen is the final decision revealed. In the event of a tie with an even number of players, there is a tiebreaker option. What this means is any one of the four players can change their mind or use their “tiebreaker” and force their original decision on the other players. Each player gets a “tiebreaker”, and once used, they cannot play another one until all the other players have used theirs. So it’s important to use it wisely. For all platforms it supports a left/right choice using the directional buttons, or on PS4 you can use your mobile phone when you download the free Planet of the Apes: Last Frontier Playlink app.

Tagged With: pc, Planet of the Apes: Last Frontier, ps4, The Imaginarium, The Imaginati Studios, Xbox One