The devkit of the Orbis has gone through multiple iterations and we have info on most of these specs. VGLeaks the site that posted about Durango specs recently and were accurate with that have now posted about the PS4 devkits which is a pretty interesting read.

The article has said that there are three types of devkits:

SoC Based Devkit: early version of the ORBIS hardware

Here’s the info on all:

R10 Board (with special BIOS) assemble in a Generic PC 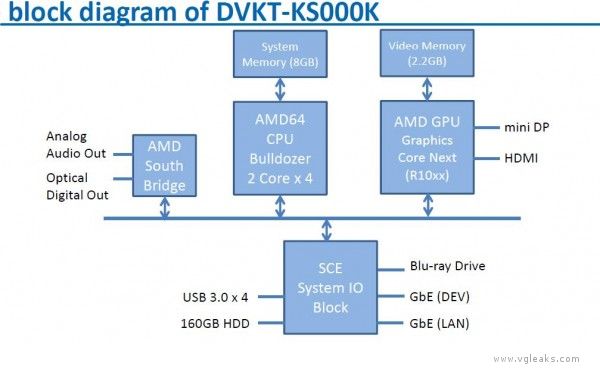 These specs match the ones that will be in the final console. Tell us what you think in the comments section below.