I was a huge fan of the Ape Escape games- they showcased Sony’s Dualshock controller perfectly, and on top of that, they were a hell lot of fun. When Move Ape Escape was announced, I was excited, despite it being a Move game, but I was a but disappointed by the fact that the game was not a platformer, rather an on-rails shooter. Still, I thought it’d be fun, just because of the name it bore.

First advice I will be giving to you in this review- don’t be an idiot like me. Move Ape Escape is anything but fun. It is a sorry excuse for a game, with broken mechanics, repetitive levels and overall, it’s pretty boring. 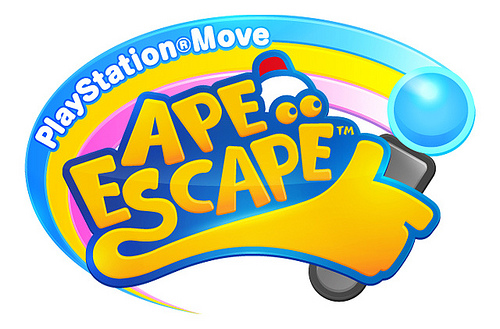 Whenever you see this logo, run in the opposite direction for a mile and don’t look back.

In PlayStation Move Ape Escape, two girls are looking to catch apes for their time-travelling grandmother. You have three weapons with you- a… fan, a slingshot and a butterfly net. Basically, you have to capture apes that come charging at you.

The game would have been fun had it had  good level design. Unfortunately, that is not the case. The level design is poor and repetitive, and all you have to do is shoot at enemies or do something to paralyze them or momentarily disable them and capture them in nets. Other than the occasional boring boss fight, there’s not much break to it. It’s pretty boring, and gets boring really fast. The game is also very short, lasting you barely more than 2-3 hours. I was relieved to find out that I wouldn’t have to go through the horrible levels again, but still, you’d want value for money from your game. 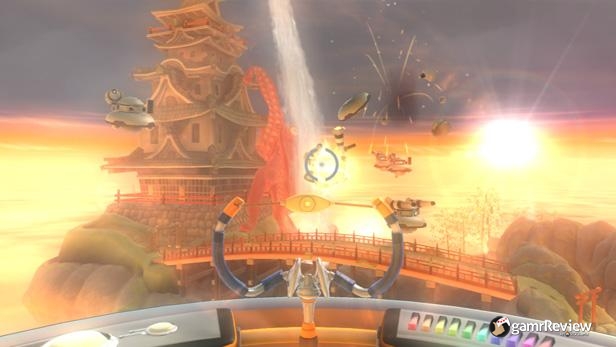 Because the controls of the game are so broken, the difficulty automatically gets enhanced, especially in the second half of the game. It’s frustrating, and really irritating to die at the hands of an ape because of control issues. Glitches also add to this issue- often, you might keep swinging at enemies, but the net just won’t capture any apes, despite making contact. It’s really, really frustrating.

Though the game has some good qualities- the sound track is jazzy and catchy, and the voice acting is decent (the sound effects are horrible, though). The art style is great as well, with cute character designs for the monkeys and overall eye-candy graphics. They’re nothing special, though, and they could have been much better, but they’re still good.

Cutscenes are great as well, well directed and well presented, presenting the story in a very entertaining manner. 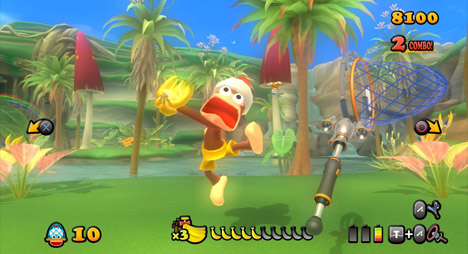 The art style of the game is good.

Ultimately, you realize that Move Ape Escape is a very rushed, cheap cash-in. It has no co-op, no more than three weapons, bad level design, and its extremely repetitive- not something you expect in a shooter or in an Ape Escape game. So stay as far away from PlayStation Move Ape Escape as possible. There will be a main Ape Escape title soon enough- might as well just wait for it rather than waste money on this one.

Final Verdict:
POOR
A sorry excuse for a game.
A copy of this game was provided by Developer/Publisher/Distributor/PR Agency for review purposes. Click here to know more about our Reviews Policy.