European players can now have the privilege of paying for games they already own again!

The European launch of PlayStation Now, Sony’s Gaikai powered cloud streaming service for PlayStation 3 games on the PS4 (as well as PS3, PS Vita, and some other devices) has so far only been available in North American territories, as well as the UK- but now, it may be launching in mainland Europe.

Dutch and Belgium PS4 owners are reporting that Sony is pushing a ‘Playstation Now’ banner on the PS4 dashboard, which grants access to a PS Now trial of 7 days- upon completion of which Sony is apparently charging €16.99 a month for the service. Apparently, the app itself is already available to download, too- it’s just that there seem to be no PS3 games on it.

Sony have of course committed to multiple game streaming solutions this generation- Remote Play, SharePlay, and PS Now are all their various pushes into a streaming focused future for gaming- PS Now is the most significant one of these, of course, since it acts as a partial backwards compatibility solution for the PS4, which otherwise has no ability to run PS1, PS2, or PS3 games natively. 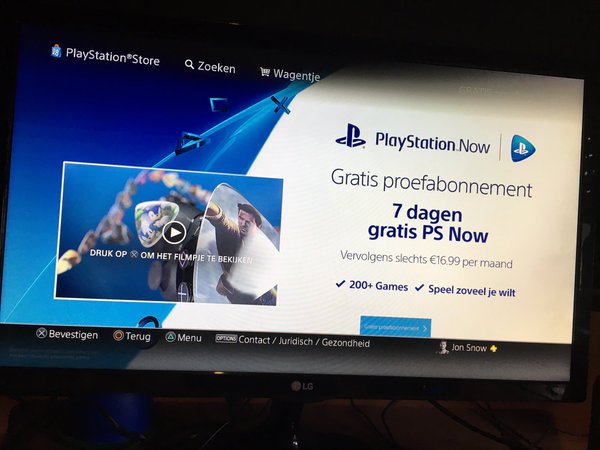