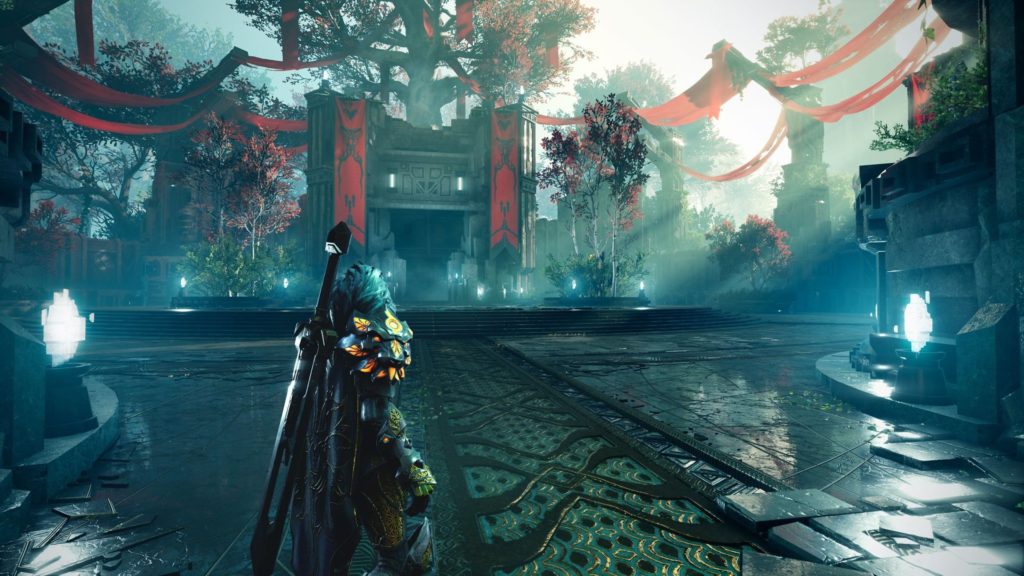 December is here, and 2021 is slowly winding down. It’s now the last month of this year that we’ll be getting our rollover for various subscription services. We know now what Sony has in Store for us with PlayStation Plus, and there are some pretty big titles on the list, true to recent leaks. Though, it is something of a strange one as two of them aren’t probably what you expect.

Sony has officially announced the three titles coming next week: Godfall for the PS5, and Mortal Shell and Lego DC Super-Villains for PS4. A couple of things to make note of here. Mortal Shell is only the PS4 version of the game, it does not include the recently released Enhanced Edition that came to next gen consoles.

Godfall is also not the full game, but instead a version being dubbed the Challenger Edition. This edition seems to cut out the main game and focuses on Lightbringer, Dreamstones, and the Ascended Tower of Trials, three other modes that are endgame level content. It’s a strange move, but it’s said you’ll have “a spread of deadly weapons and skill points,” presumably to make up for not being able to go through the campaign. Lego DC Super-Villains, meanwhile, looks to be a pretty straightforward version of the PS4 release, so there is that at least. You can read more details at the PlayStation blog through here.

All three games will be available to redeem for PS Plus members starting December 7th.