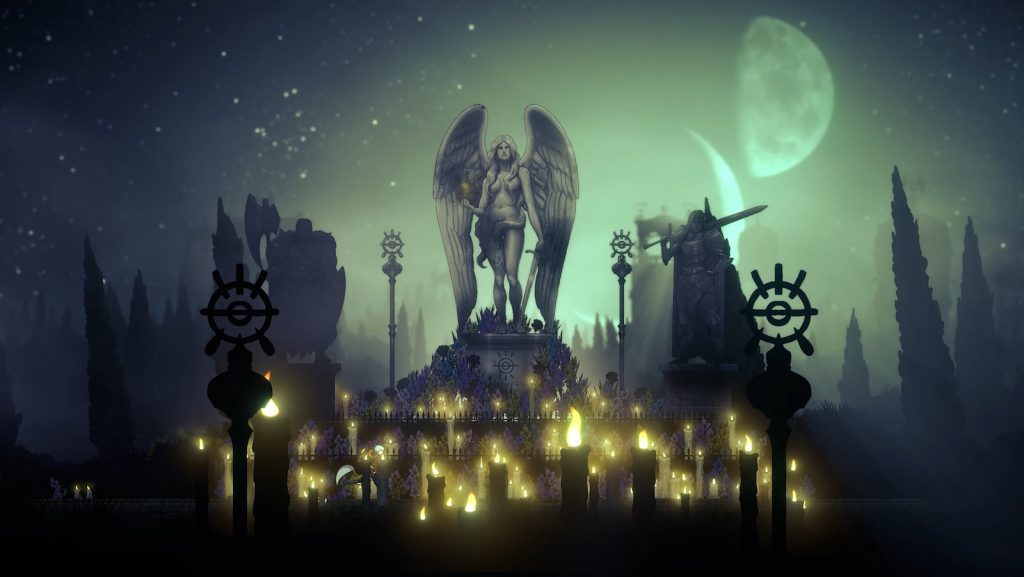 PlayStation Talents is a relatively low-profile program Sony uses to help small studios in Spain bring their games to consoles. The latest game from the initiative will be Aeternum Game Studios’ Aeterna Noctis, which will release on PS4 and PS5 on December 15th, 2021. Aeterna Noctis is a gorgeous 2D adventure built around fast-paced combat and puzzle-platforming.

According to a PlayStation Blog post, players will take on the role of the King of Darkness, will put their skills – including dashing and teleportation – to the test as they unlock the world’s secrets and hidden paths. “You can improve your abilities through a huge skill tree, choosing between three different paths: ranged, melee and magic. Allowing you to personalize your playstyle and use six unique weapons and powerful skills.”

The game will feature 16 different areas to explore, more than 100 hundred enemies, and 20 bosses. The studio claims Aeterna Noctis is about 20 hours long, but that time can be extended by doing sidequests. “Not only are those quests designed to test you, they’ve been designed to add to the game’s lore, enriching the story of the King of Darkness’ journey to regain the power of Aeterna.”