It’s really hard to justify Pokemon Black 2 and White 2’s existence. To the Pokemon maniac, they come as a bit of a slap in the face, coming off barely a year after the incredible Pokemon Black/White, and flying in the face of everything that game stood for. To the more distant, more dispassionate observer, they come off as relentless milking of a formula that is now, perhaps, finally, beginning to show its age. To those with even the slightest bit of know how about game development, they come as the final attempts to squeeze some more massive revenue from the DS Pokemon engine (for a whopping fifth time this generation), before the inevitable move to the infinitely more expensive to develop for 3DS.

To me, as a Pokemon loyalist who has stuck with the series since the beginning, they come off simultaneously as exhilarating, and as a bit of a disappointment. Make no mistake, Pokemon Black 2/White 2 are great. As they stand, they are probably the ultimate realization of the Pokemon formula, with everything fine tuned to pitch perfection, the best series progression and pace structure, the best selection of game modes both online and offline, the best roster of critters available from the get go, and overall, delivering the kind of deep, immersive, and addictive Pokemon experience that I demand from each new entry in the saga.

But they also often feel like a step back for the series.

Pokemon Black/White came as a breath of fresh air. After nearly a decade and a half of continuity that the games were increasingly burdening themselves with, the games decided to say ‘screw it,’ and basically rebooted the entire franchise, taking the players to the far off and absolutely disconnected from everywhere else Unova region. Every Pokemon you encountered here was brand new, so you had the sense of discovery and wonder that had not been a part of a Pokemon game since Red and Blue kickstarted the phenomenon back in 1998. Every location was brand new, everything, even though it unfolded as you would expect it to unfold, felt new, as though seen from a fresh new lens. Even the games graphics took the biggest jump a Pokemon game has ever taken visually between two installments, and the games took on a new cinematic bent, with an emphasis on storytelling and characterization, delivering the richest story the games have ever told, one that dared to break series conventions and even ask ethically probing questions that lie at the foundation of the franchise itself.

That is all gone now.

Pokemon Black 2/White 2 take place in the Unova region. Most players coming off of the original Black/White will find themselves almost uncomfortably familiar with the region. The games have taken it upon themselves to make the region seem fresh for returning players: you start out in a new town, and all the places you visit until your third gym battle are brand new locations that you have never been to before. Subsequent to that, you revisit older locales in your quest to win all the gym badges of the Unova region, but you find that they have changed – two years have passed in the game world since the events of Black/White, and for example, a construction site in that game now sports a full fledged newly developed suburb. There’s more, but mostly, it spoils the element of surprise, and I don’t want to spoil the element of surprise, since there isn’t much of it in the game. 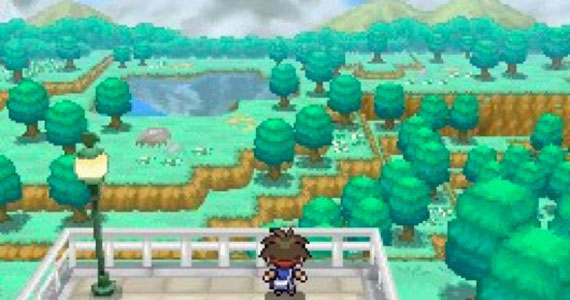 A lot else has changed too: the order of the gyms, the layout of the gyms, the roster of Pokemon that gym leaders have, and finally, sometimes, even the gyms themselves. New Pokemon have started appearing in the wild, and Pokemon Black 2/White 2 represent the best distribution of Pokemon in the wild; before the second gym battle, you can have some viable Pokemon on your team that might even make it into your final roster of six, from Mareep to Growlithe and Magnemite. In the past Pokemon games, you just caught throwaway Pokemon to progress through the game, and didn’t even start building your real team until after the end of the game. Not so here. After you’re done with the inordinately long intro sequence, you’re free to start building your team from the get go.

That’s a huge advantage that cannot be understated, and it is reflective of what defines Black 2 and White 2 at their core: these are not Pokemon games for newcomers. Past Pokemon games have always been held back by the fact that they might be the first games for a new player, and so, they have had to slow themselves down, at the expense of the Poke-veteran, to make sure the new player can catch up. Not so with Black 2 and White 2. Oh sure, there are still the introductory tutorials, you’re taught how to use a Pokeball, and all of those shenanigans. But that’s not what I am talking about. The game assumes that you have played Pokemon before, at the very least played the original Black/White before you jumped into this. As such, it doesn’t shy away from having an almost brutal difficulty curve, and introducing some of the more advanced mechanics to begin with.

Even the post game content is made for Pokemon veterans. The lack of a proper post game was, in hindsight, a huge problem, as Black and White never really offered much for the player to do. not so this time. Apart from of course the addition of an unlockable Easy Mode, and a Hard Mode, Pokemon Black and White 2 have the best innovation for the series’ post game since Emerald brought us the Battle Frontier back in 2005: the World Tournament, a brutal Pokemon battle series that uses competitive battle rules, and pits you against old favorites from the previous games, such as Brock, Misty, and Blue from Red and Blue, to Lance and Whitney from Gold and Silver. All the 32 gym leaders, and four sets of Elite Four plus Champions are represented in the World Tournament, and the battles you have there are some of the most intense ones you will ever have had in a Pokemon game. 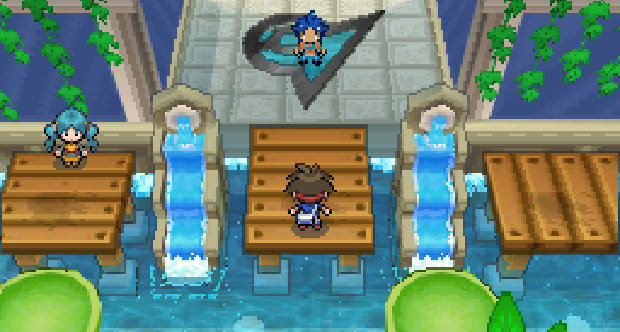 It all sounds so good. Add to that the smaller touches, like the new Achievements system, the save file link with the original Black/White (nothing quite as robust as Mass Effect, but still pretty good), the distractions like Pokewood Studios, and you come to the question… so what part of it is disappointing exactly?

The disappointment comes from the fact that after Black/White tantalizingly hinted at something bigger, better for the series that they were just taking first steps towards, Black 2 and White 2 seem to have stubbornly returned to the series’ old grind. Yes, they are expansive and stuffed to the brim with content, rivaled only by the absolutely massive HeartGold and SoulSilver when it comes to that. Yes, they are polished and perfect, and the ultimate iteration of the Pokemon formula.

But they are also a return to the same formula that we have had for nearly fifteen years now, a formula that the series refuses to move on from. In making a game that appeals to the hardened Pokemon veteran, Game Freak have lost almost everything that made Black/White so good- the sense of discovery in exploring a new region unlike any in the Pokemon world? Gone, because you’ve been here before. The sense of wonderment at each new wild Pokemon that appeared? Gone. Not only are the Unova Pokemon a familiar bunch now, but the healthy servings of the older Pokemon add further to the sense of stagnation. The wonderment at seeing Black and White stretch the DS to its limits with their graphical effects is also gone, since Black 2 and White 2 cannot conceivably stretch the system beyond what the originals did. And the daring and bold story of the originals, that has gone too, replaced by a plot that exists only as an excuse for you to get out there and fight Pokemon, disregarding whatever questions the original game brought up, and reducing Team Plasma to caricatures of their former selves. 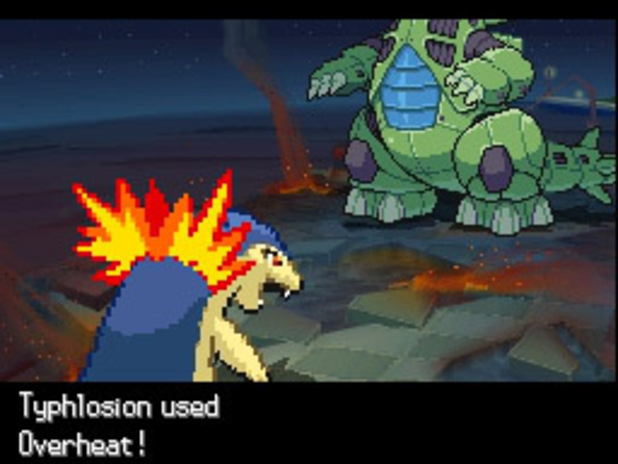 It’s slightly sad. The evolution that Black/White represented is the antithesis of what Black 2/White 2, their direct sequels, represent. But at the same time, Black 2/White 2 possess uncharacteristic confidence: yes, they know they’re the same old grind the series has seen before. But they’re better, bigger than ever before, more refined and polished than any other entry in the series. You, who are a Pokemon player, got a dose of what fresh new things could mean for Pokemon with Black/White. And yes, that spirit will probably be maintained in the inevitable sixth generation that will hit the 3DS sometime in the not too distant future. But for now, and for the first time ever, it’s good to be back where you belong: home, as the Pokemon series, for the first time in fifteen years, acknowledges you, the fan, the Pokemon player that has been there since the beginning and now knows the games inside and out.

The same old Pokemon formula, and it works; packed to the brim with content, lots of modes, both online and off, small new touches such as a new achievements system, and the save file transfer, add to the game; the soundtrack is great as always; best distribution of wild Pokemon in a game so far; an incredible amount of post game content; the first Pokemon game ever made for a series veteran, a series fan

It's still the same old Pokemon formula, which means no matter how good it is, it is also fifteen years old; the story is bad, and a far cry from the thought provoking narrative and characters of the original; it loses the sense of freshness that Black/White had; slow intro sequence, and many features, such as the unlockable difficulty modes, feel unnecessarily gimped

Final Verdict:
EDITOR’S CHOICE
It's the same old thing, and all the feeling of freshness and daring that pervaded the original Black/White is completely gone. What we are left with, then, is nothing less than the ultimate realization of the Pokemon formula, and probably the best game the DS has ever seen.
A copy of this game was provided by Developer/Publisher/Distributor/PR Agency for review purposes. Click here to know more about our Reviews Policy.