The 2007 DS RPGs return with a new art-style and presentation. 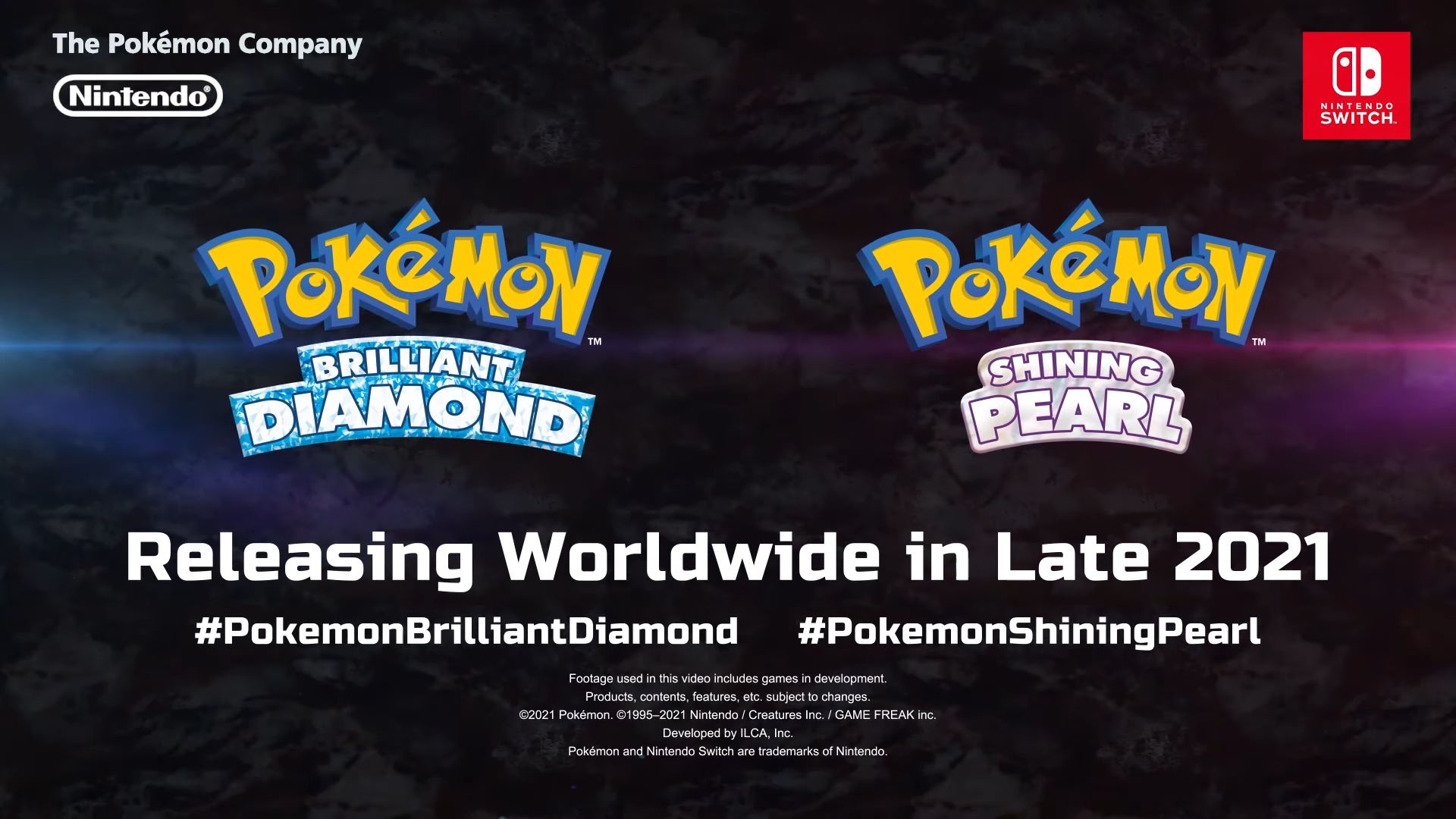 As the rumors stated, Pokemon Diamond and Pearl are receiving remakes on the Nintendo Switch. In its latest Pokemon Presents, The Pokemon Company confirmed Pokemon Brilliant Diamond and Shining Pearl, set to release in late 2021 for Switch. Check out the announcement trailer below.

Despite sporting a 3D-style, the art-style maintains the size and scale of the original DS titles. Though field models are chibi-style, the battles use standard-sized models like Pokemon Sword and Shield. The title is being developed by ILCA (which worked on Pokemon Home) and will see Junichi Masuda, who worked on the original games, returning.

Pokemon Brilliant Diamond and Shining Pearl will feature all of the Pokemon from the original releases, right down to the original starter Pokemon. Stay tuned for more details and gameplay footage. There’s also a new title called Pokemon Legends: Arceus coming next year for Switch, which will take the series open world for the first time.