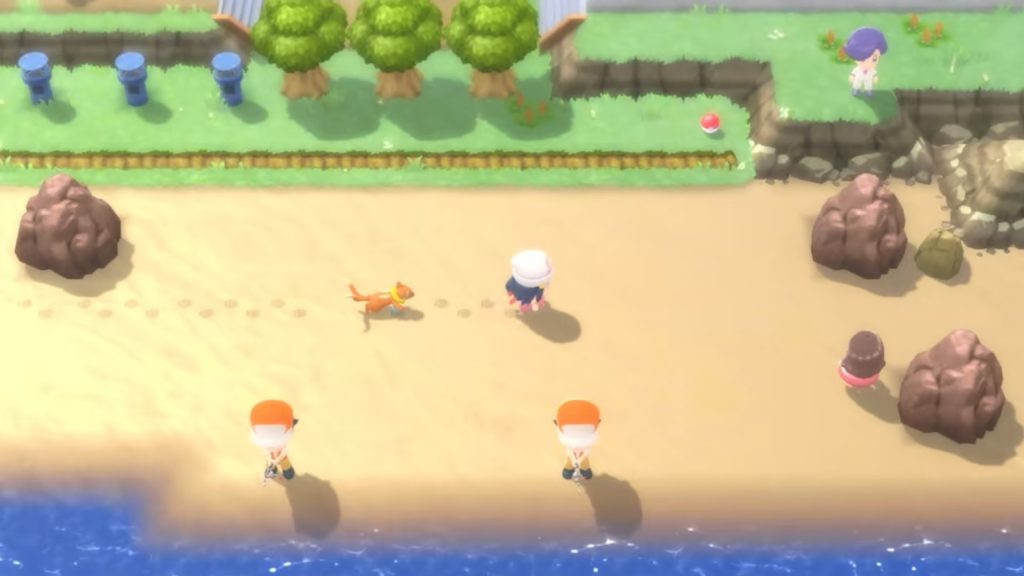 With Pokemon Brilliant Diamond and Shining Pearl out in just a few days now, it’s not surprising to see that Nintendo has kicked up the marketing for the duo of remakes several notches, with several little tidbits, glimpses, and details being released at a steady clip. Over on Nintendo’s Twitter pages, there’s been some more recent activity in that vein.

For starters, Nintendo UK’s official page shared a clip showing off various locations from Pokemon Brilliant Diamond and Shining Pearl, including the likes of the Amity Square, Twinleaf Town, Jubilife City, Hearthome City, Veilstone City, and more, with some music in the background that fans of the DS originals will be very familiar with. Meanwhile, Nintendo has also an exclusive Pokemon Platinum-themed outfit for the two remakes. Anyone who pre-orders the games will be able to claim the outfit in-game via the Mystery Gift function.

Pokemon Brilliant Diamond and Shining Pearl are out exclusively for the Switch on November 19.

From quaint towns brimming with nature to sprawling cities, the Sinnoh region is filled with amazing places to explore! #PokemonBrilliantDiamond #PokemonShiningPearl pic.twitter.com/t6KMpsaXlF

Get the Platinum Style outfit as a special early-purchase bonus of #PokemonBrilliantDiamond and #PokemonShiningPearl and dress like the protagonist of Pokémon Platinum Version.

Receive it by choosing Get via Internet from the Mystery Gift function in game through 2/21/22. pic.twitter.com/bhhVMmUTFJ