Pokemania sweeps the nation once again? 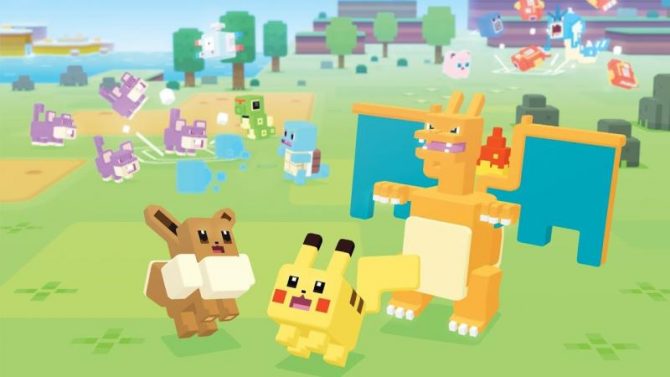 The Pokemon company has officially launched yet another title for both mobile phones and the Nintendo Switch. Pokemon Quest is a free to start game that players can currently download for free on Nintendo’s console and on smart devices late next month.

The title utilizes a rather unique cuboid art style and takes place on Tumblecube Island. Players can adventure with and train up any of the original 151 Pokemon in the game, changing their characteristics through the use of Power Stones. While Pokemon has tried a few other outings on Mobile devices since, this is the first to see a push since Pokemon Go.

A recent financial report also shows why Game Freak and The Pokemon Company have leaned so hard into Pokemon Go integration with their latest game, Pokemon Go is still a huge financial success for the company. Despite the player base not nearly being what it was at the height of its popularity, Pokemon Go helped make the company $80.8 Million Dollars through the last fiscal year. By comparison, the company made just $5.7 million the year before Pokemon Go. Are you running to your Switch for Pokemon Quest right now, or will you maybe check it out when it hits app stores? Let us know in the comments.