‘That game… may be the future of Pokemon.’ 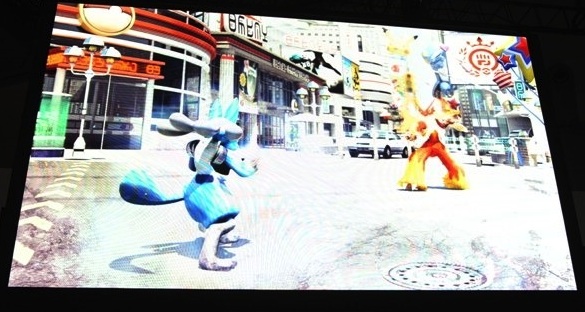 Remember the Pokemon Wii U game that was teased in Japan a while ago? It’s easy to have forgotten in the excitement for the upcoming Pokemon X and Y, but apparently, Pokemon series director Junichi Masuda has not. As a matter of fact, if his sly teasing is to be believed, the title could actually exist… and be indicative of the future of the Pokemon series.

In an interview with Nintendo Life, Masuda was asked about the mysterious image that has been circulating the internet since its first appearance, and he had just enough about it to say.

“Ooh, I wonder what it was…I’m not sure… That was actually a video which was shown at the Pokémon Games Show, an event in Tokyo last month and it was showing the history of Pokémon games as well as the future. It was kind of a concept about what the future of Pokémon may look like…”

A concept of the future of Pokemon? Because it looked badass. Gimme it, gimme it now.

Meanwhile, you can just look forward to Pokemon X and Pokemon Y, releasing exclusively on the Nintendo 3DS family of systems October 12, for your fix of dramatically changed Pokemon games.