Voltorb's Hisuian variant is an Electric/Grass type, and looks very similar to the old-timey Pokeballs of Hisui, appropriately enough. 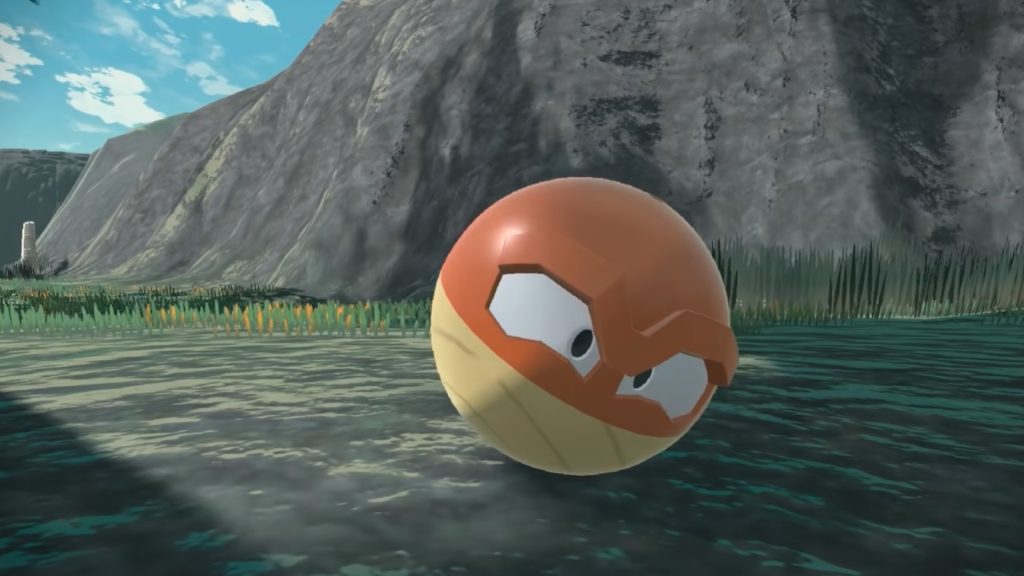 Pokemon Legends: Arcues – set centuries before Brilliant Diamond and Shining Pearl – will take players to version of the Sinnoh version from a distant past, back when it was still known as Hisui, had barely been settled and civilized, and was all around almost totally recognizable from what it would go on to become. That will come with different variants of Pokemon, several of which have been revealed so far. Now, another one’s been added to that list.

The Pokemon Company has unveiled a Hisuian variant of Voltorb, which, unlike the purely Electric type regular variant, is an Electric/Grass type, which is quite an interesting combination. Just as regular Voltorb looks like modern-day Pokeballs, the Hisuian Voltorb looks like the old-timey Pokeballs of that era. Though it hasn’t been confirmed, we can probably expect a Hisuian Electrode as well.

The official Pokemon website also has some interesting tidbits to share on the Hisuian Voltorb- for instance, it has seeds packed inside of it for some reason. “Occasionally, it spouts these seeds out of the hole in its head,” the description reads. “However, no one knows exactly what it’s like inside the Pokémon’s body, because inside the hole, it’s pitch-dark. It’s impossible to see anything even if one peers into the hole.​”

Meanwhile, it also seems like the Hisuian Voltorb’s tendency to store electricity and discharge it upon the slightest provocation makes it a bit of a nuisance.

“This Pokémon is always in high spirits and has a friendly personality,” the website reads. “However, it discharges its stored electricity all at once from the hole in its head when it gets excited, so it frequently shocks humans and Pokémon in its vicinity. Even the slightest provocation can set off such a discharge, so in human settlements, Hisuian Voltorb is considered a nuisance. Tales of people temporarily plugging the hole on Hisuian Voltorb’s head and kicking it out of settlements are not entirely uncommon.​”

Pokemon Legends: Arceus will release on January 28 for Nintendo Switch.