How do you add Koraidon and Miraidon to your party, and what other Legendaries await in Paldea? Find out everything here. 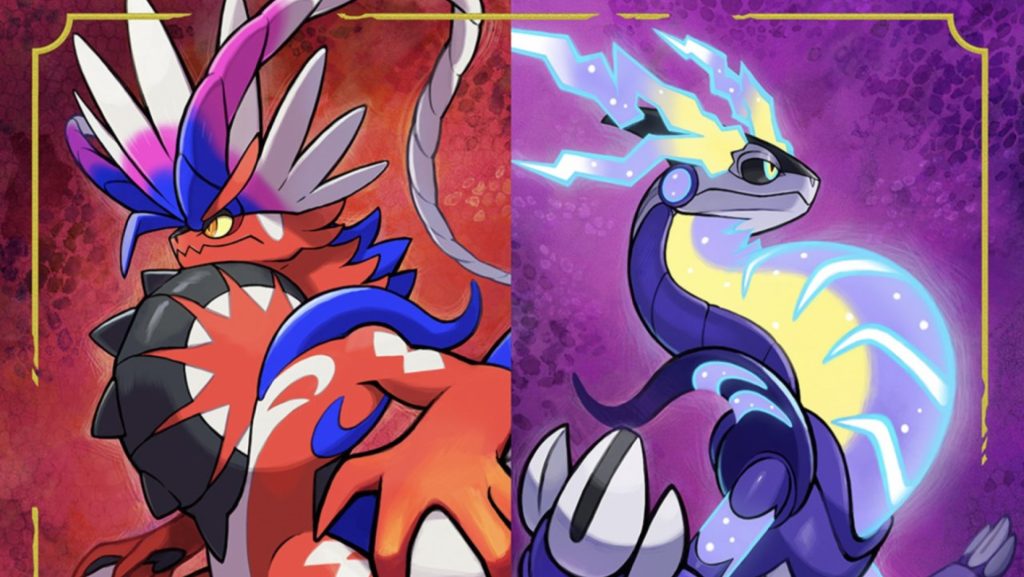 Unlike Pokemon Legends: Arceus, Pokemon Scarlet and Violet aren’t packed to the brim with Legendary Pokemon from previous titles. It makes sense this is technically the start of the ninth generation. Nevertheless, there are still a few Legendary Pokemon to discover, starting with Koraidon and Miraidon.

Koraidon is exclusive to Scarlet, while Miraidon is only available in Violet. Both are encountered at the beginning of their respective games and become your mount as you explore Paldea.

How do you use them in your team? First, you need to finish the quest “The Way Home – Zero Gate.” Afterwards, Koraidon/Miraidon will change forms and can be used in battle. If you return to the crater’s lab, another one of either Pokemon is present. Catch this and trade it to another player to obtain the opposing Legendary and complete the Pokedex.

Both fall in the category of Paradox Pokemon but are different types. Koraidon is a Fighting/Dragon Type that uses Orichalcum Pulse. It makes the sunlight harsh when it enters combat, raising its Attack stat in the process.

Miraidon is an Electric/Dragon Type with the move Hadron Engine. It converts terrain into Electric Terrain when it enters battle, boosting its Special Attack.

Four more Legendaries – The Ruinous Pokemon – are also present in the world but require removing stakes to access a shrine in each Province. Each Ruinous Pokemon has eight stakes of a specific color – purple, yellow, green, and blue – which must be removed. Once that’s done, you can access their shrine to capture them. All of the movement abilities for Koraidon and Miraidon are needed, but we’ll cover those in greater detail below.

First up is Ting-Lu, a Dark/Ground Type. Upon removing all the green stakes, you unlock the Groundblight Shrine in North Province. Ting-Lu’s signature move is Vessel of Ruin, which lowers the Special Attack stats for all Pokemon (except for itself).

Next is Wo-Chien, a Dark/Grass Type. Removing all purple stakes grants access to the Grasswither Shrine in South Province, where it’s trapped. Its signature move is Tablets of Ruin, which lowers the Attack stats of all Pokemon except for itself. You’re probably noticing a pattern by now.

The third is Chien-Pao, a Dark/Ice Type residing in Icerend Shrine in West Province. It’s accessible upon removing all yellow stakes and possesses Sword of Ruin as its signature move, which lowers the Defense stats of all Pokemon besides itself.

Finally, Chi-Yu, the Dark/Fire Type trapped in Firescourge Shrine in North Province. Removing all the blue stakes allows access to the shrine. Its signature move is Beads of Ruin, which lowers the Special Defense of all Pokemon except for itself.

How to Unlock Travel Abilities for Koraidon and Miraidon

As you explore the world with Koraidon and Miraidon, you’ll notice certain areas are inaccessible. Specific abilities are required to progress forward, but if you want every single Pokemon (including the Ruinous Pokemon), it’s good to prioritize getting all of them as soon as your Pokemon are strong enough.

To do so, you must fight Titan Pokemon in the Path of Legends questline. Here are all of the abilities, which Titan grants them, and the recommended level you should be when fighting them:

If you’re at a standstill when it comes to challenging the next Titan, try pursuing other activities, like challenging Gym Leaders, fighting Team Star and so on, to level up. For more details on the ideal path, head here, and for the best order to complete gyms, head here.

Pokemon Scarlet and Violet are available for Nintendo Switch. Head here for our official review.