But we'll probably never know much about them. 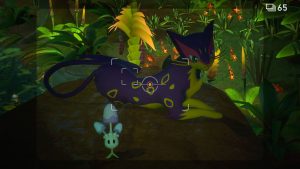 We almost got other Pokemon Snap games. That’s one of the major takeaways from GameCentral’s interview with New Pokemon Snap director Haruki Suzaki from developer Bandai Namco Studios. This revelation makes sense; the original Pokemon Snap sold more than 1.5 million copies and was well-received. Consoles like the 3DS or the Wii U seemed primed for a game like Pokemon Snap, but obviously that never happened.

The revelation also seemed to surprise Suzaki. When asked why a sequel has taken so long, Suzaki responded, “When I started on this project, I had heard there had been a couple of attempts at making a new Pokémon Snap before.

“The idea of photography has changed so much in the last 20 years, combined with the new Nintendo Switch hardware, that we thought it was the perfect time to create a new version of Pokémon Snap, and that’s why we started the project.”

Suzaki also talked about several other things, including how the team approached designing the game, what inspired him in the original release, and that the team stayed true to the original by adding a variety of puzzle elements players can solve to create certain interactions with Pokemon, which lead to better pictures. Suzaki said some of these elements are intentionally complex, and he looks forward to seeing players try to solve them.