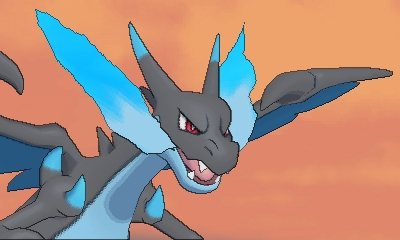 Among the biggest gameplay changes that Pokemon X and Pokemon Y have made to the long running series (and they have made many), is Mega-Evolution, described as ‘an evolution beyond all evolutions;’ mega-evolutions evolve your Pokemon to a stage beyond its final stage temporarily, giving it stat boosts and making it more powerful, but only for the duration of one battle.

This same mechanic is now coming to the Pokemon TCG too with the XY set: as soon as the booster packs hit stores, players will have the opportunity of collecting Mega Evolution cards, which have to be used on existing Pokemon EX cards. Mega Evolution cards will bring with them some changes in rules so they can be accommodated (for instance, your turn ends as soon as you Mega-Evolve).

The Pokemon XY Trading Card set accompanies the Pokemon X and Y games, along side a new anime and other new merchandise. Pokemon X and Y launched October 12 to record breaking sales. We’ll have our official review for the games later this week.