It’s honestly a little surprising that Pokemon Unite ends up being pretty damn good. The reveal was universally reviled, and the idea of a new mobile-focused MOBA game for the Chinese and Asian markets isn’t really something that the Pokemon fanbase took to too well. It also didn’t help that the game simply looked cheap and low budget in its initial showings, or that it was hard to tell what a Pokemon MOBA game would even bring to the table in a genre that’s already full of also rans that have struggled to distinguish themselves and make a compelling case for their existence over the course of the last decade.

But it’s out now, and here we are. Pokemon Unite is good. Not great, mind you – it makes far too many avoidable stumbles for it to truly be called the, and there is a lot of work to be done if this game is to survive in the long term as a viable entrant to the genre. But it’s still good, and almost as importantly, it makes a very clearly stated statement about what it brings to the table and why a Pokemon take on a MOBA is distinct enough to warrant being made to begin with.

See, unlike the vast, labyrinthine, complex knots of systems and mechanics and meta-builds and such that are League of Legends or DOTA 2, Pokemon Unite is a remarkably simple and straightforward game – anyone can jump into it with minimal hassle. League of Legends and DOTA are both infamous for how overwhelming they can be for newcomers, and how obtuse they are with onboarding, which, combined with those games’ famously toxic communities, keeps people away from really dabbling in them. It’s hard to to tell what form the Pokemon Unite community will take in the long run, but mechanically, it’s streamlined and straightforward, made even easier to get into because of how surprisingly effective the tutorials and boarding are. 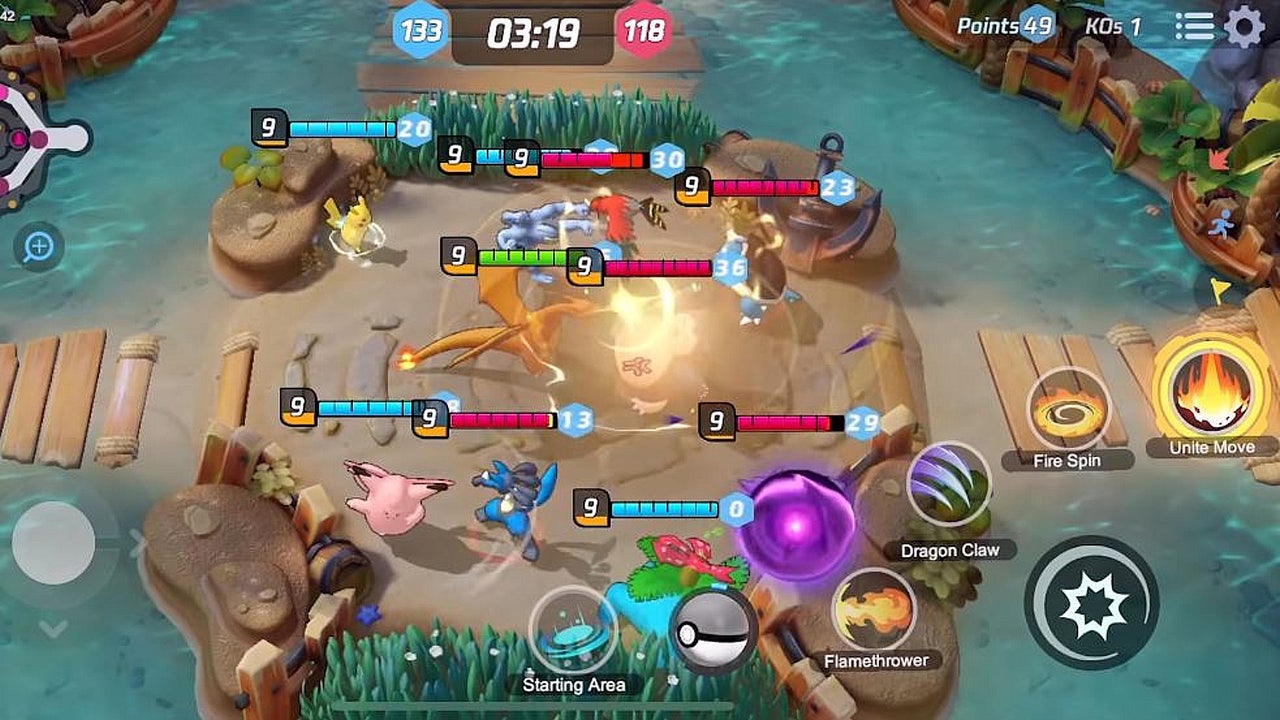 "Pokemon Unite is good. Not great, mind you – it makes far too many avoidable stumbles for it to truly be called the, and there is a lot of work to be done if this game is to survive in the long term as a viable entrant to the genre. But it’s still good, and almost as importantly, it makes a very clearly stated statement about what it brings to the table and why a Pokemon take on a MOBA is distinct enough to warrant being made to begin with."

The setup is going to be familiar to any veteran of the genre – you play in two teams, and the goal is to get to objective on the opposing team’s base, taking one of many different routes (or “lanes”) on the map to do so. Pokemon Unite makes these abstractions tangible by essentially turning each game into a sort of fusion of basketball and Pokemon Battles – you’re earning and banking points by taking on wild Pokemon that spawn on the map, as well as Pokemon playing for the other team, and you can then actually earn those points by scoring at one of the opposing team’s “goals”, which are the objectives that are placed throughout the map, as well as each team’s base. This makes it really easy to communicate the aim of the game even to newcomers, or to younger players (which the Pokemon IP would obviously attract) who may not be up to speed with all the trappings of a MOBA. You know you’re supposed to score points at goals, and you know you can’t earn those points unless you take on the various Pokemon around the map in simplified (real-time) Pokemon battles.

It also helps that Pokemon as a concept lends itself well to the MOBA format to begin with. If you have any familiarity with Pokemon, it’s not going to be hard to even pick up some of the more MOBA-ey concepts Unite presents, because they lend themselves well to that style of play. Yes, your Pokemon always starts out at Level 1 in each battle. But you know you can level up a Pokemon by fighting in battles, and as you fight, you’re going to unlock new attacks and even evolve your Pokemon. All of this ties in pretty well with how MOBAs usually work (and helps ensure that Unite, even in spite of its focus on simplicity, retains depth and nuance to engage longer term players).

All of this makes for a remarkably fun and immediately engaging, well playing game. You’re in the thick of things pretty soon, trying to work your way up to the Pokemon you like the most via the game’s bevy of battle passes, currencies, reward systems, and such (more on this in a minute) and slowly unlocking different types of games (ranked, quick matches). Matchmaking is extremely quick, as are games themselves, which means Unite lends itself really well to a pick up and play style of play – it’s something you can boot up for to have a quick 15 minute match once a day, presumably while you are taking a break from something else.

It also has a lot of the hallmarks of Nintendo multiplayer games – such as the emphasis on comeback mechanics, and a general disregard for balance. The balance of the game is very clearly borked, and the “Golden Snitch” style Zapdos mechanic (which sees a high value Zapdos spawn in the final leg of a match, and the potential of a team scoring hundreds of points in one fell swoop) definitely informs winning strategies. 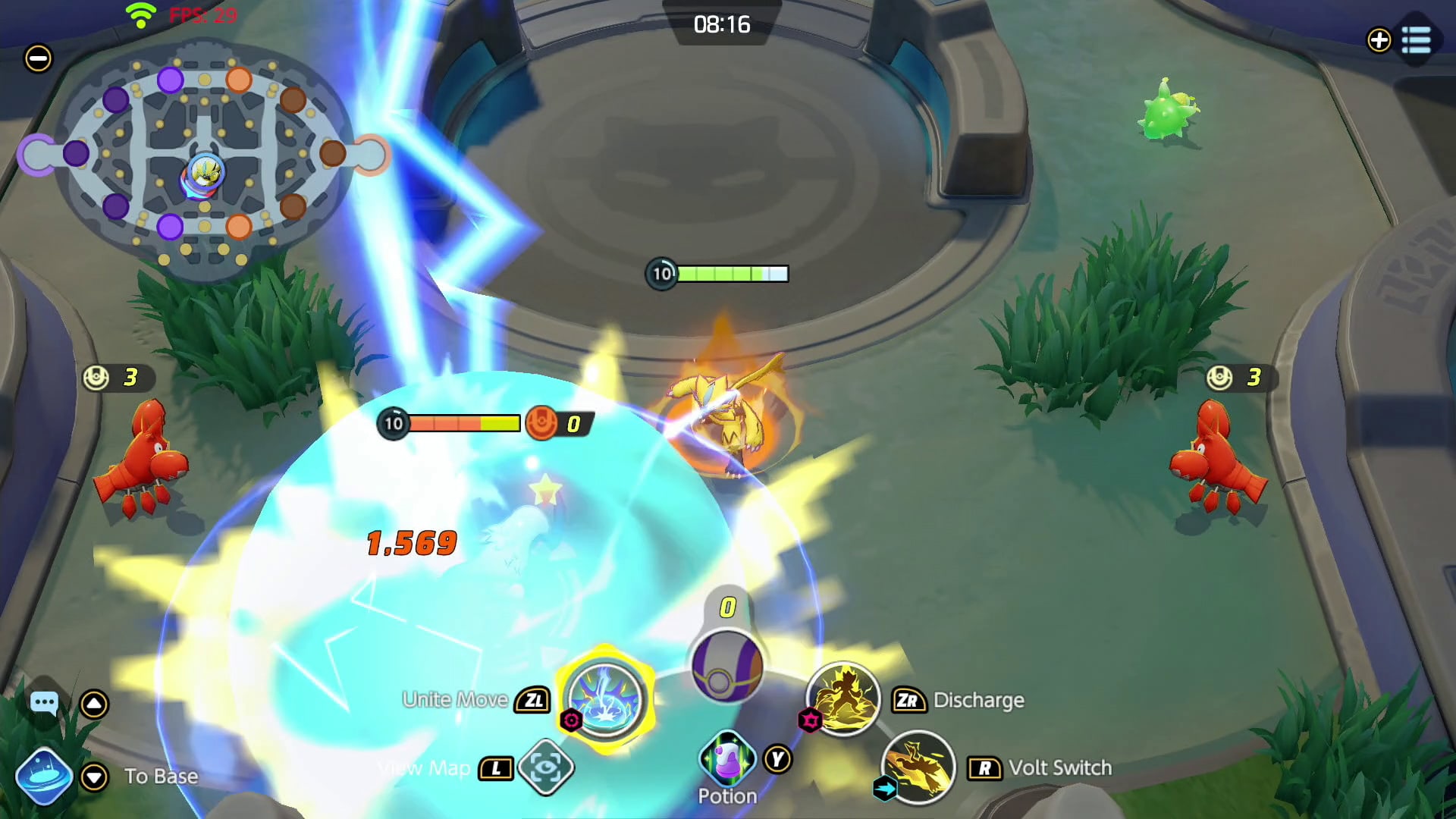 "The elephant in the room with Pokemon Unite is the monetization. The game is free to play, but it does include some very aggressive monetization."

The balance issues could potentially lead to the game shedding players over the long term – but they are not the only issue the game has. The elephant in the room with Pokemon Unite is the monetization. The game is free to play, but it does include some very aggressive monetization, which manifests in the form of multiple currencies, which can be used to purchase cosmetics, unlock new Pokemon, or level up held items (which you can put on your Pokemon before a game to gain permanent buffs). Any free to play game has to walk a very fine line between having compelling enough perks paywalled that players feel compelled to spend money for them – while also not blatantly giving players who pay an advantage over the ones who don’t. Pokemon Unite isn’t pay to win – but it treads dangerously close to being so.

As far as unlocking Pokemon goes, yes, it will take a while to unlock all the Pokemon in the game to be able to play with them, and yes you can bypass that wait by paying, but to be perfectly honest, the time it takes to unlock new monsters in general feels… fine? I mean ideally it could be quicker, but the pace of new monster unlocks isn’t the worst, and in a non F2P game, you can imagine a similar pace for character unlocks not really registering much (like I said, it could stand to be quicker, so I’m sure some criticisms would exist regardless). Cosmetics, similarly, don’t really matter much – while they are expensive, you’re unlocking and earning new ones at a really steady clip, and between the login bonuses, challenges, daily and weekly missions, and battle pass, you’re not going to really be wanting for cosmetics much.

On the other hand, levelling up held items by paying does have a direct and tangible impact on game balance. The items you make your Pokemon hold can have very noticeable effects on their performance in a match. Leveling up these items in ordinary course of time can be a pretty slow process, but if everyone were on even footing with it, it would at worst be an issue of annoying game balance. The problem is, right now, you can spend actual money to get an instant maxed item where otherwise even a dozen hours spent grinding out one might not be enough. 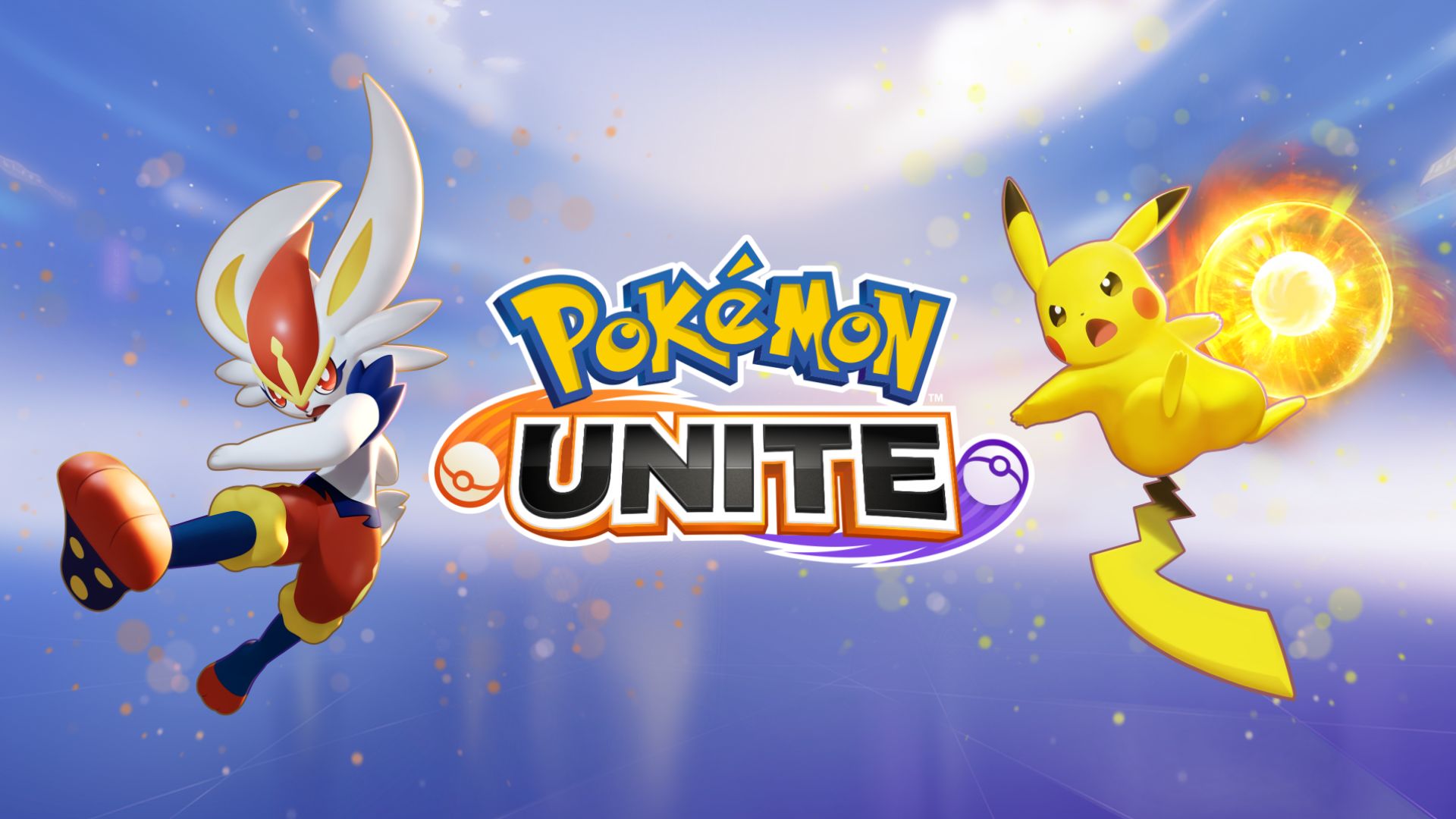 "In the here and now, taken for what it is, Pokemon Unite manages to work through a lot of its problems."

Do these maxed out held items tangibly affect game balance? Unequivocally, the answer is a yes. And while simply having a fully maxed item isn’t enough to automatically cruise through matches and win, it absolutely does make things easier for you by giving you a buffer for any mistakes you might make. It’s not exactly pay to win, because, again, even a moderately skilled player with a regularly levelled up held item on their Pokemon will be able to hold their own against a poorly skilled one with a fully maxed out one – but it comes close enough to being exactly that that it’s surprising that this kind of monetization exists in a game from a Nintendo property.

There are some other issues as well. There is a distinct lag in the game’s UI (something that is characteristic of Nintendo’s mobile hame efforts, I have found), presumably because a lot of it is being rendered in some kind of a bespoke browser window. This isn’t a huge issue, but there is just enough of a delay between you pressing a button and your menu selection happening on screen that you do notice it.

It’s hard to know whether or not these problems are really going to add up in the long run. A lot of these are fixable, and presumably, we will see updates to tweak balance and monetization in the future. We might not, either, or we might even see changes make things worse – it’s really hard to assess a game on what might or might not happen at some indeterminate period in the future. But in the here and now, taken for what it is, Pokemon Unite manages to work through a lot of its problems. As I said, though, it is at its absolute best if you treat it as a quickie between marathon sessions of other games. But as a fun, straightforward, engaging multiplayer game, with a low barrier to entry and some good production values? Pokemon Unite mostly delivers, and ends up being a surprisingly compelling game in the process. It’s free to play – if you have even a passing interest in Pokemon, or MOBAs, or just multiplayer games in general? Not a bad idea to look into Unite, and see whether or not it ends up sticking for you.

Streamlined and simplified, making it easy to get into; great onboarding; high production values; straightforward controls; fun and engaging in short bursts

Final Verdict:
GOOD
Pokemon Unite makes enough stumbles that it's not a total home run; however, the core concept is sound and engaging, and given proper long term support, Unite could evolve into being a fixture of the genre.
This is a free-to-play game downloaded by the author for the purposes of this review. Click here to know more about our Reviews Policy.