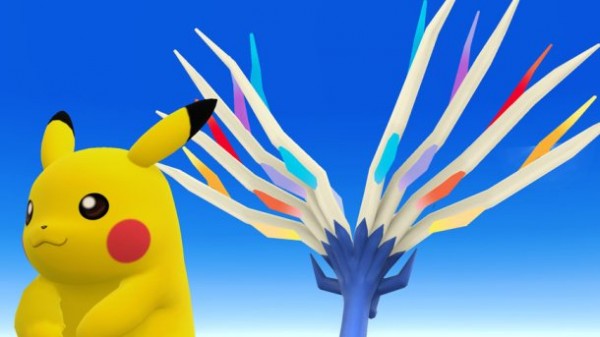 Super Smash Bros. Wii U director Masahiro Sakurai took to the Nintendo Miiverse to post a new screenshot, revealing a new character for the game while stating that, “We have absolutely nothing to announce today regarding Pokemon X and Pokemon Y. Really!”

That new character turned out to be Xerneas, the new Legendary which debuted in Pokemon X that recently released on the Nintendo 3DS. The antler-based Pokemon can be seen above with Pikachu, though there’s no confirmation that the Legendary will be playable. Maybe Xerneas will be a hidden character or feature in a Challenge mode mission? As of now, there’s no way to tell.

Super Smash Bros. was revealed during E3 for the Wii U and Nintendo 3DS, with Nintendo promising a 2014 release for both versions. New characters that have debuted thus far include Mega Man, the Wii Fit Trainer and the Villager from Animal Crossing, with a whole lot of returning cast members. Stay tuned for more details.