Pokemon X & Y Sells Over 2 Million Units in US

We reported on the NPD’s October report for game software sales in the United States and how Game Freak’s Pokemon X & Y contributed to the overall sales that month. Now, Nintendo has released a new infographic touting the game’s sales in the United States since its release, which have gone over 2 million and contributed to a 135 percent in sales for the 3DS. Check it out below. 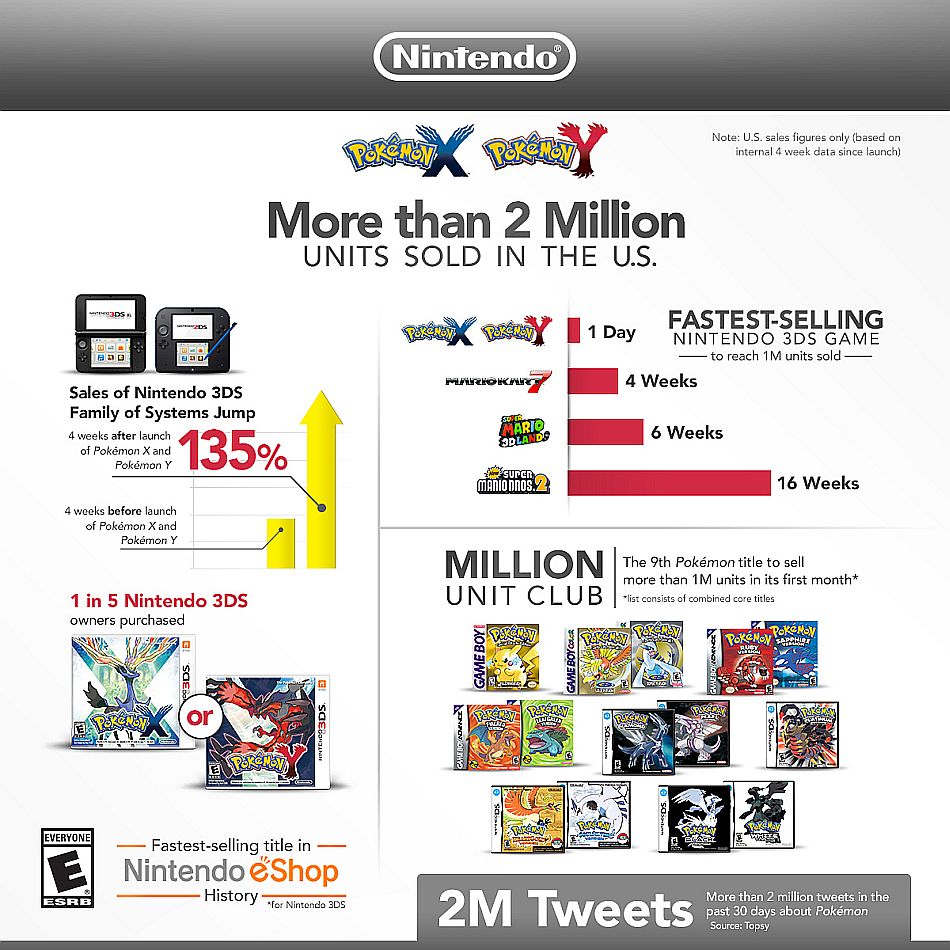 Other figures include this being the fastest 3DS game to sell 1 million units, achieving this target within a day (and going on selling 4 million units worldwide within two days) and 1 out of every 5 3DS owners revealed to have purchased one of the versions. There have also been more than 2 million tweets in the past 30 days about Pokemon. Now isn’t that something?

Pokemon X & Y is also selling great over in Japan, where it is expected to cross over 3 million units sold in its lifetime. Check out our review for the game here.