Arrr...And all that good stuff. 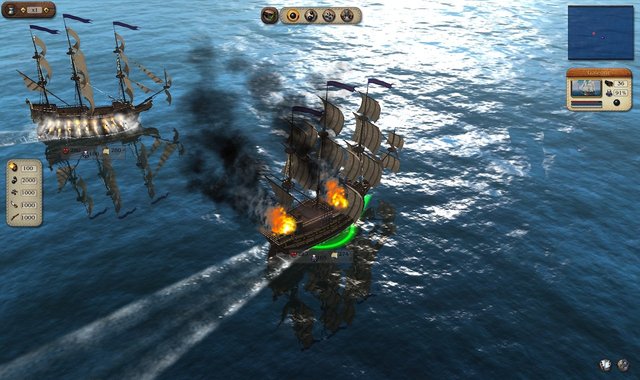 Port Royale 3: Pirates and Merchants is now available for PC and current generation consoles. Never heard of it? Well, players can take control of France, England or Spain as they do naval battle across the Caribbean. Because this is a time of diplomacy via cannon fire, and it is glorious.

Interestingly, Port Royale will feature a campaign of two different paths: adventurer and trader. Adventurer is of course the most action packed route with raids, piracy, bounty hunting, plundering and city conquering required to rewrite the world map to your will.

Trader, though, is the more economic route, as players establish trade routes, production facilities and build cities in order to become the most powerful tycoon in the Caribbean.

With 16 different ship types, 60 cities and a free-play mode when you get bored of killing in the name of plot, Port Royal 3 offers enough plundering and book balancing for the best of ’em.

No More Heroes 3 Could Happen “if There’s a Big Fan Outcry,” Says Suda51