Portal 2 has been and gone, offering us some of the best dialogue and brain teasers of this year so far. Knowing Valve, they may never make another one. Even if they do get around to it, you can bet that it will be a long time coming. If they do knuckle down and make a Portal 3 in the near future though, here are a few changes and additions we’d like to see made to everyone’s favourite Source engine puzzler.

Another test chamber eh? Never seen one of those before

Portal 2 made a good stab at this, but the game’s opening was still very much a series of disjointed test chambers. I understand that this is the mould and it must be easier to design, but some of the more exciting bits happened when this structure wasn’t so strongly adhered to. The gameplay didn’t even really change much ironically, but the different pacing made the experience feel a bit more fresh. Here’s hoping Portal 3 will deviate from the level-based structure of its predecessors, if only slightly. 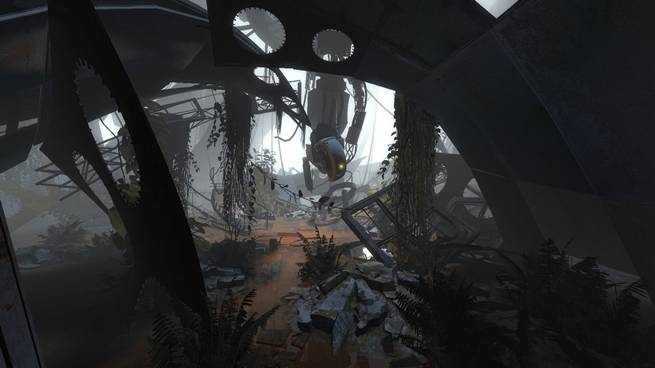 The sections in the abandoned and broken parts of the test centre offered a very pleasant change of scenery and pace.

Another area that Portal 2 made good progress on, but still has more room for improvement. The sections in the abandoned and broken parts of the test centre offered a very pleasant change of scenery and pace. More can always be done though. Why can’t we have a Portal game in mountains, dense forests and icy glaciers? Sure it would be a nightmare to design, but I don’t know anyone who wouldn’t want to try climbing a mountain with a portal gun. 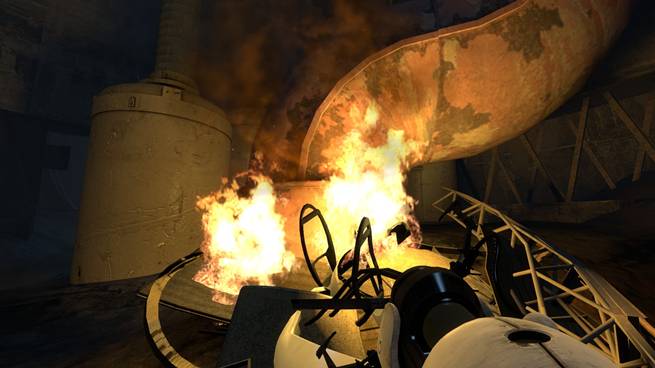 If only that fire was coming out of that Portal Gun

My mind was blown enough by the sheer premise of the original Portal, but for number 2 I was pumped up for more. The inclusion of the different gels was certainly welcome, but I was hoping Chell would have more in her arsenal aside from the usual portal gun. I’m not saying more weapons should have been added, just more abilities for players to use. In Portal 2 it felt like the additions were external to the player and this made the game feel like less of a progression from the first. More abilities that you need to activate and utilize to get around will give players more variety in Portal 3.