Check out a new roguelike deck builder that leans heavily into its heavy metal influences in Power Chord, slated for PC on January 26, with a Switch version arriving later. 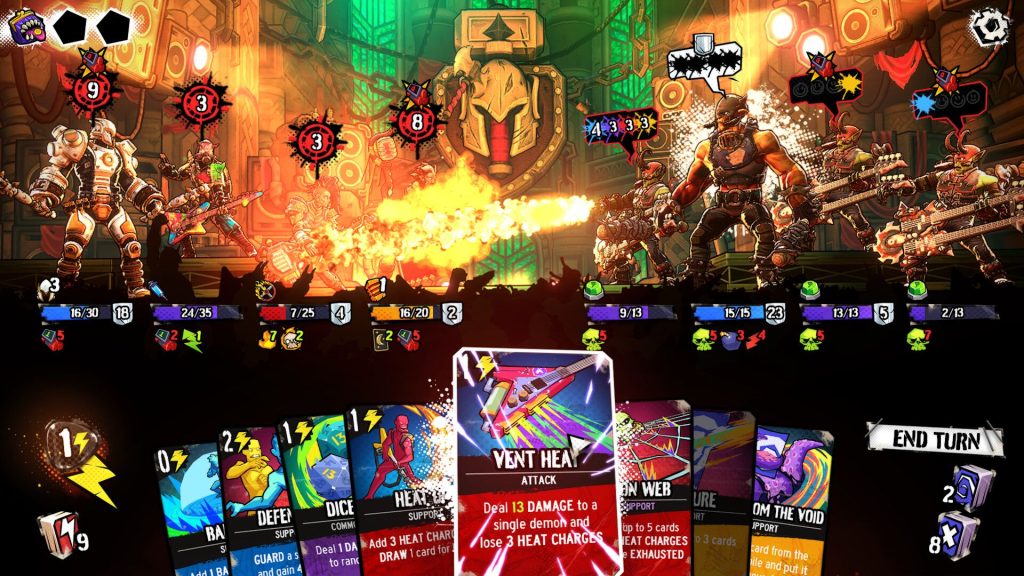 Developer Big Blue Bubble has announced that its heavy metal-themed rougelike deck building game Power Chord is slated for release on January 26. The game will initially be released on PC, and a Nintendo Switch version is planned for the future. Power Chord features turn-based fights that involve players having to build their own decks of powerful cards.

The game emphasises its heavy metal influences throughout its gameplay and visuals. For example, players can play cards that make use of the bassist’s toxic damage-over-time abilities, or other cards that involve singing songs that provide stat boosts while the guitarist plays a solo.

The game starts off with the player having a guitarist, vocalist, drummer, and bassist in their party, each having their own set of cards with special abilities. Players will have to figure out synergies between their party members as they make their way through the game’s numerous fights.

Check out the trailer showing off some gameplay for Power Chord below.