Namco Bandai have just revealed their list of goodies that you can get if you pre-order Enslaved from all of the following stores: 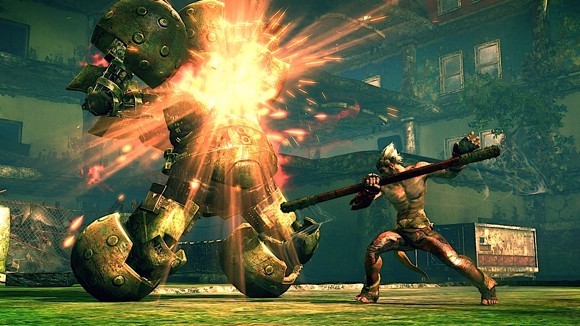 Enslaved will be released for the 360 and PS3 later this year.